A Cleveland man working for FedEx and making a delivery in Lisbon, Ohio said he was called a racial slur and spit on by a man driving past him earlier this week. 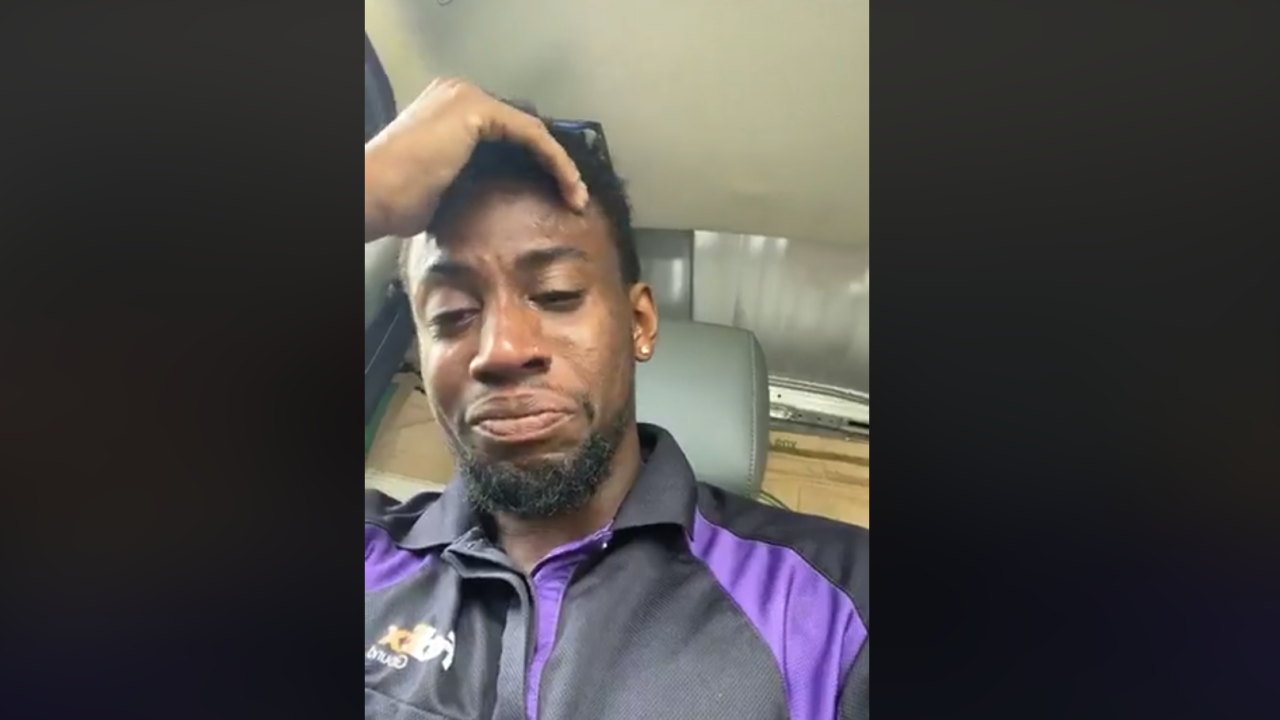 LISBON, Ohio — A Cleveland area man who works for FedEx and was making a delivery in Lisbon, Ohio said he was called a racial slur and spit on by a man driving past him earlier this week.

Brandon Brackins posted an emotional video on Facebook on Wednesday, sharing the experience he had just had while making a delivery. That video has been shared nearly 10,000 times and has more than 500,000 views. It found a national spotlight when TMZ shared it today and has drawn the attention of Black Lives Matter.

Brackins said that he was sitting at a stop in Lisbon, which is about 30 minutes south of Youngstown, waiting to get out, and there were a lot of cars waiting. As he was getting a package from the back of his truck, Brackins said a man sped around him and nearly hit him, called him a “n*****” and spit on him before driving off.

In a statement, FedEx said that a police report has been filed.

As he shared the story, Brackins broke down in tears and screamed.

Towards the end, Brackins said that this type of experience is not new to him.

“I’ve been seeing this s*** since I came to Brunswick, since day one,” Brackins said. “I never said nothing because I don’t ever let words get to me, but when you almost hit me and you put your bodily fluids on me? No, that’s not okay.”

A Black Lives Matter protest has since been planned for Saturday, June 20 in Lisbon.

“We are both saddened and outraged by what our team member experienced and describes in this video. This type of behavior has no place in society, and our first concern is for our team member. We are staying connected with him and offering our support. We also have verified that a police report was filed and an investigation is underway to further address this incident. At FedEx, our workforce is as diverse as the world we serve, and we believe that everyone deserves respect.”

You can watch the video below.