Governor Kasich claps back after Trump throws shade on Twitter 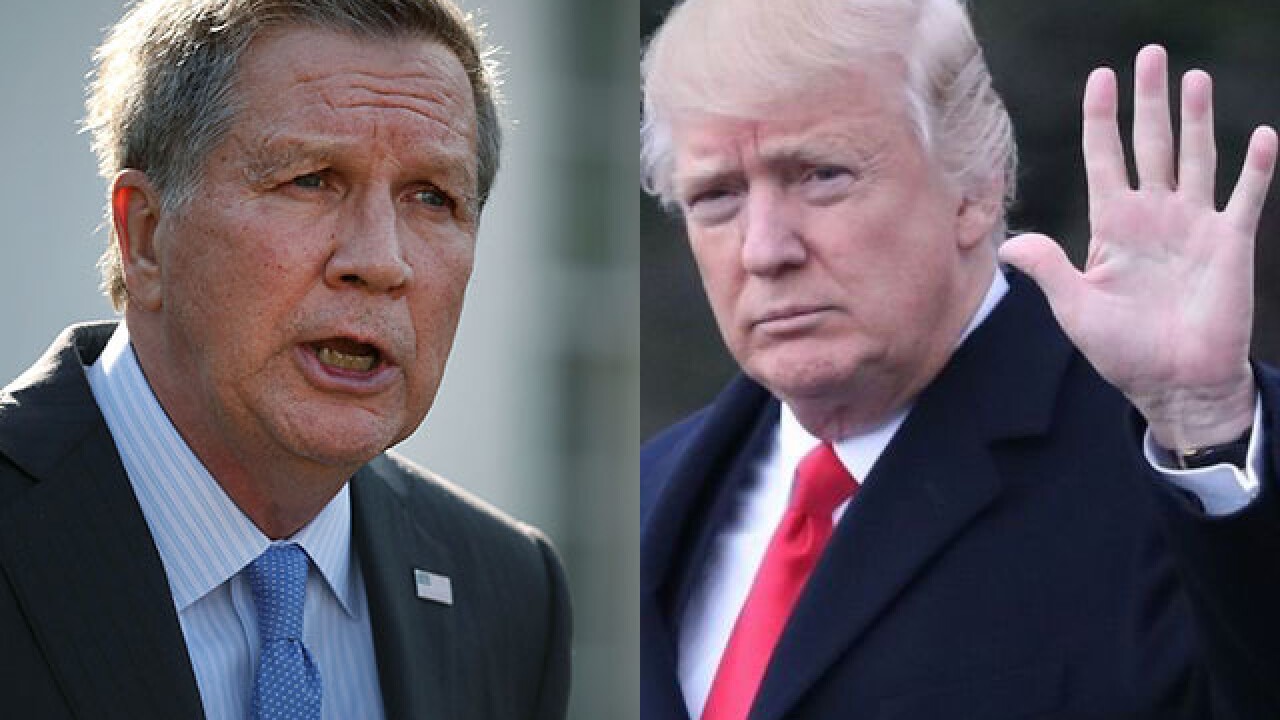 In his tweet, Trump called Kasich an unpopular governor and failed presidential candidate before he said Kasich "hurt Troy Balderson's recent win by tamping down enthusiasm for an otherwise great candidate." It was a close race that still hasn't been officially called one way or the other. Trump attended a rally for Balderson in Delaware, Ohio before the election.

Kasich had one response in the form of a GIF — Vladimir Putin laughing.

Some on Twitter could not believe the shade Kasich threw at the president.

Others reminded the world that Trump won the presidential election and Kasich did not.

Others jumped in with Putin memes.

Kasich pinned the tweet at the top of his page for all to see.