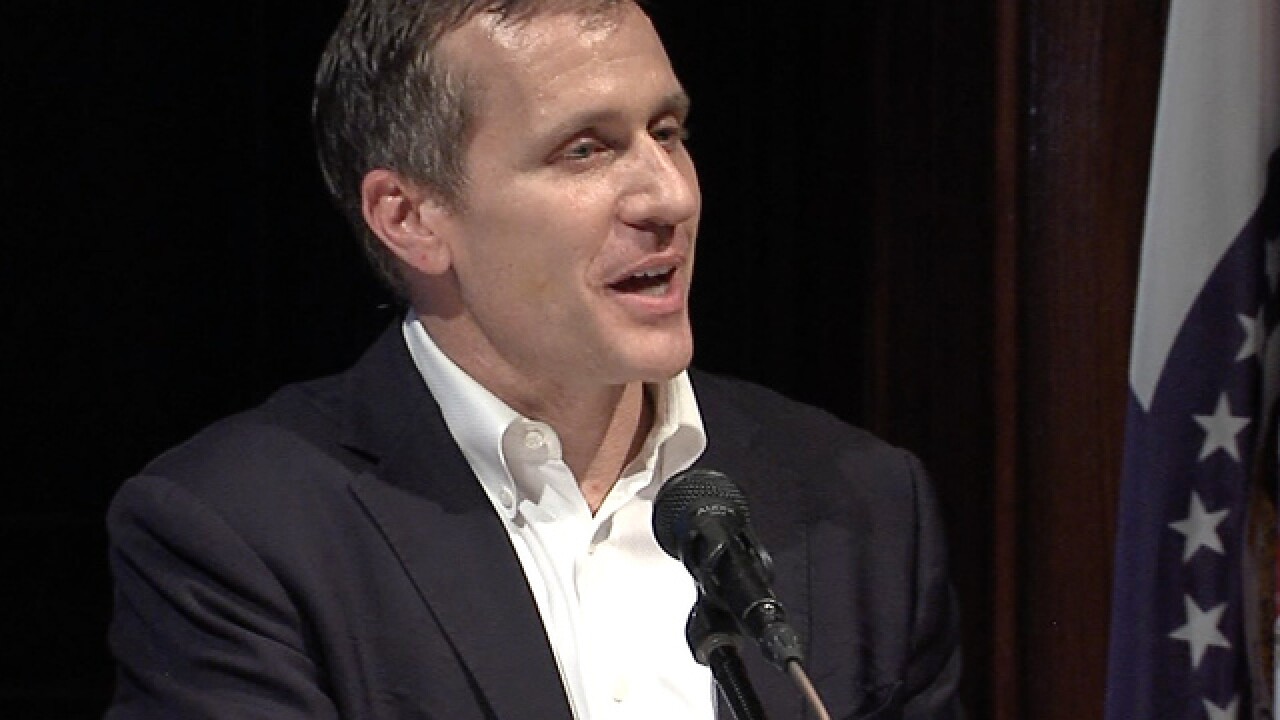 KANSAS CITY, Mo. — Missouri Gov. Eric Greitens has been indicted by a grand jury in St. Louis on a felony invasion of privacy charge.

Court documents accuse Greitens of knowingly photographing an unidentified person in a state of partial or full nudity without consent and when the victim would have had a reasonable expectation of privacy. The incident allegedly occurred on March 21, 2015.

If convicted, Greitens could face up to four years in prison.

Last month, Greitens admitted to having an affair with a woman in March 2015.

In a statement, Greitens's attorney, Edward L. Dowd, Jr. said he intended to file a motion to dismiss the charges.

“In forty years of public and private practice, I have never seen anything like this," Dowd said. "The charges against my client are baseless and unfounded. My client is absolutely innocent. We will be filing a motion to dismiss.”