In Ohio speech, Trump calls Democrats 'Un-American' for not applauding him during State of the Union 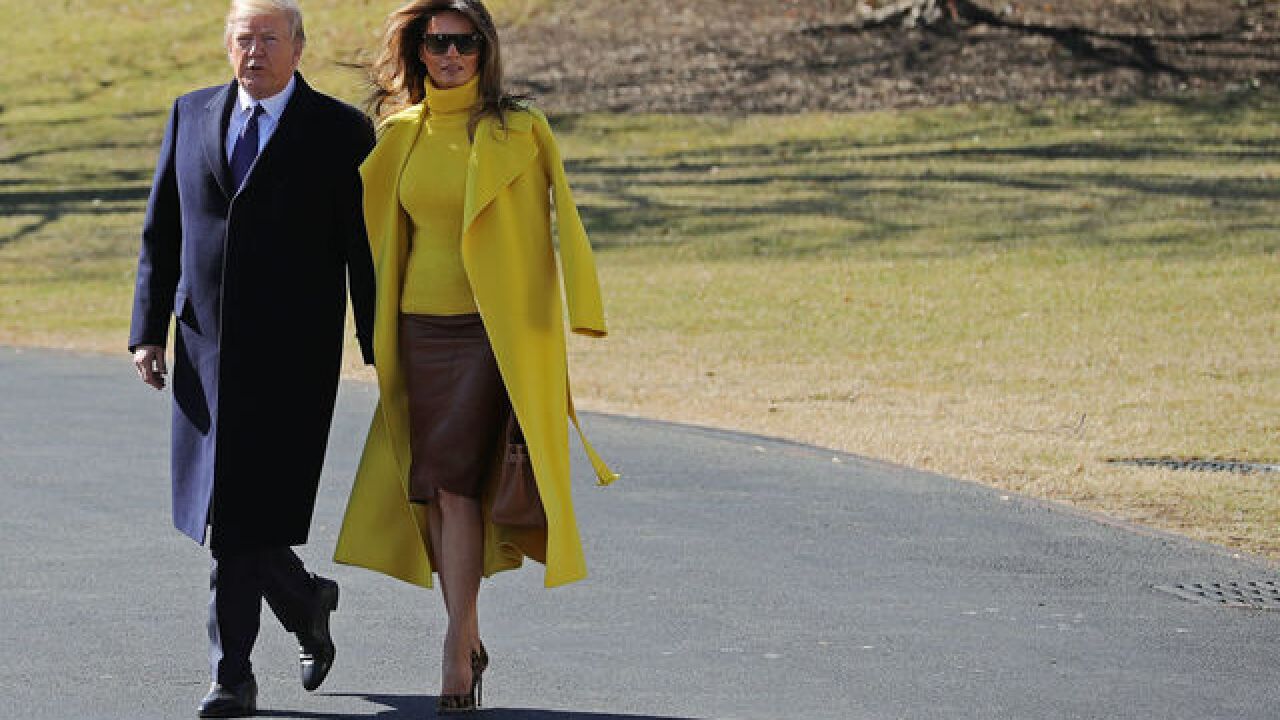 The Latest on the Trumps' trip to Ohio (all times local):

President Donald Trump is accusing Democrats of being "Un-American" and maybe even treasonous for failing to applaud him during his State of the Union speech.

Trump says during a speech in Blue Ash, Ohio, that the Democrats last week gave off "bad energy" as he delivered his first State of the Union, failing to clap even at positive economic news.

Trump is calling their reception "un-American" and asks: "Shall we call that treason? Why not?"

He adds that, "they certainly didn't seem to love our country very much."

It has become standard for members of the opposing party to give the president a chilly reception as he updates the nation on the State of the Union.

Trump says Democrats would rather see him do poorly than to see the country do well.
------

President Donald Trump is taking credit for the fact that no football players kneeled during the national anthem at Sunday's Super Bowl.

Trump was speaking at an Ohio factory on the economy and tax cuts when he changed the topic to Sunday's game between the New England Patriots and the Philadelphia Eagles. He told the audience at an Ohio manufacturer that "there was nobody kneeling at the beginning of the Super Bowl." He then asked: "We've made a lot of improvement, haven't we?"

Trump has been critical of NFL players who have been kneeling during the national anthem at games to protest unfair police treatment of minorities. He says the practice is disrespectful to service members.

None of Sunday's players took part in any demonstration during the anthem.
------

Trump says it was "not a good day" for Pelosi. He called her the Republicans' "secret weapon" and predicted the party will do well in November's elections.

Trump is promoting the tax cuts on a visit to an Ohio manufacturer.

Pelosi has criticized Trump's tax laws of being overly generous to the wealthy. She said last fall, "You've set a banquet for the wealthy and corporate America and thrown a few crumbs" to the middle class.
------

President Donald Trump is praising his recently-passed tax overhaul law, telling workers in Ohio that "America is once again open for business."

Trump is touring a manufacturing company near Cincinnati and pointing to economic gains during his first year as president. He's telling workers during a speech at the company that people's taxes "are going way down" and U.S. "factories are coming back."

He says the tax cuts are at the center of improving economic conditions. The Dow Jones industrial average was down 500 points on Monday amid worries from investors about signs of higher inflation and interest rates.
------

Melania Trump is visiting a children's hospital in Cincinnati to hear about the opioid epidemic in Ohio.

The first lady is on a rare policy trip with President Donald Trump, flying with him to Ohio on Monday and then going their separate ways.

She went to Cincinnati Children's Hospital Medical Center where hospital officials are briefing her on opioids. She'll also meet patients.

The president went off to Sheffer Corp. in the city of Blue Ash to promote the package of tax cuts he signed into law last year. The company recently gave its 126 workers bonuses of $1,000 apiece and attributed the gift to the windfall from corporate tax cuts in the new law.

Mrs. Trump was accompanied to the hospital by presidential adviser Kellyanne Conway.
----

President Donald Trump and first lady Melania Trump are heading to Ohio, where the president will point to the benefits of the tax law and the first lady will talk about the administration's response to the opioid epidemic.

It's a rare joint domestic policy trip for the first couple.

The president is expected to point to the benefits of the tax law for small businesses. Trump was touring Sheffer Corporation, a manufacturer in Blue Ash, Ohio, that recently gave its 126 workers bonuses of $1,000 apiece because of the tax law.

Norris says on "Fox & Friends" that some call it "crumbs" but "we consider that fine dining."