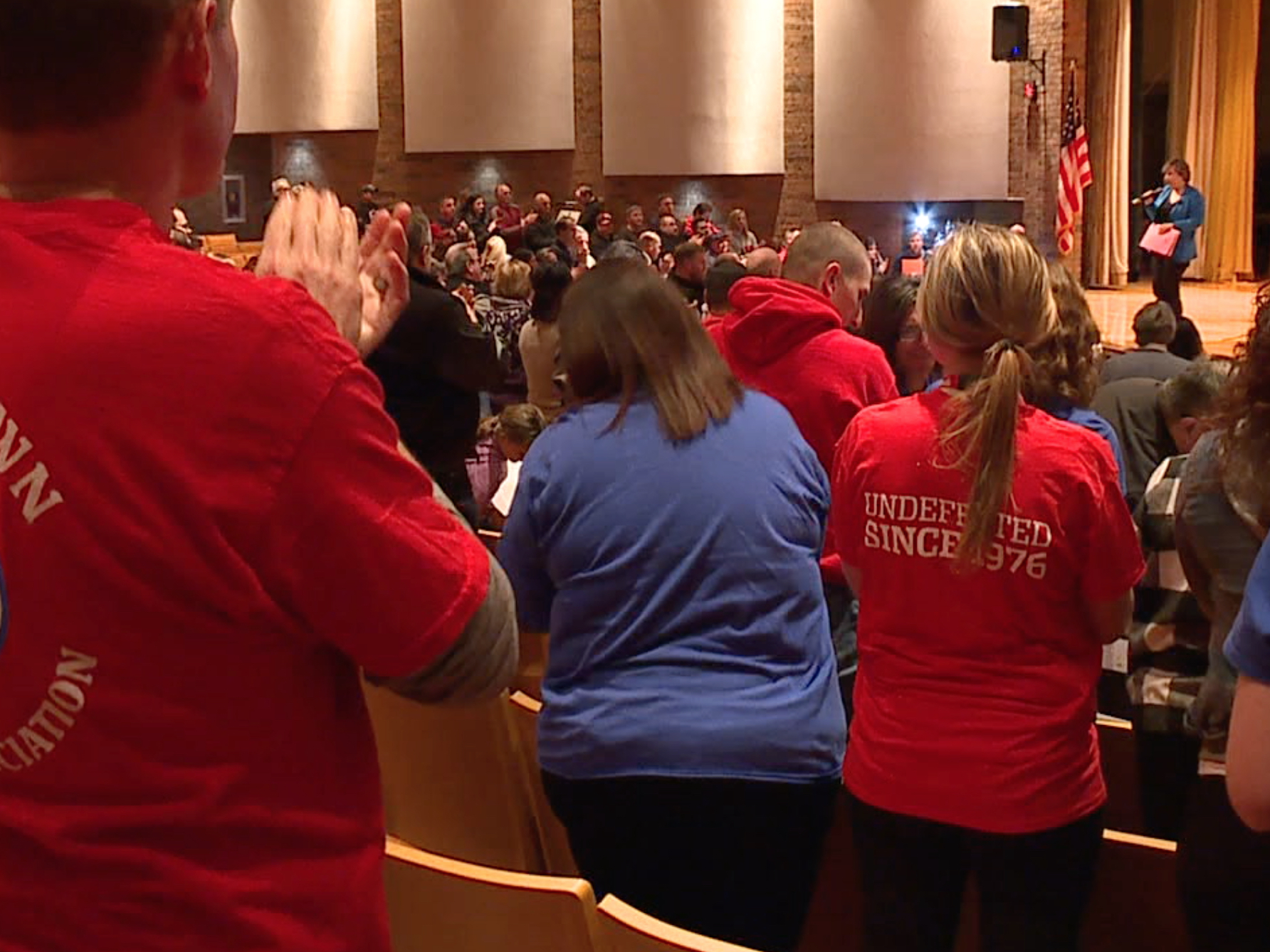 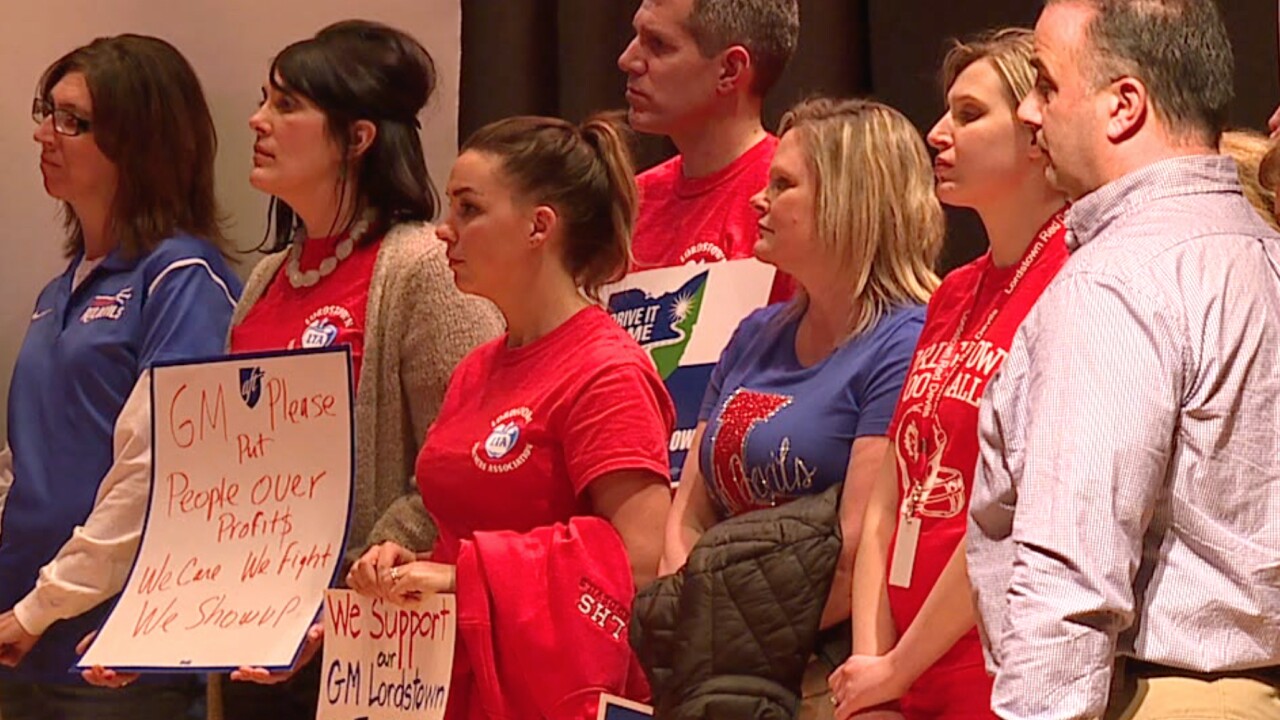 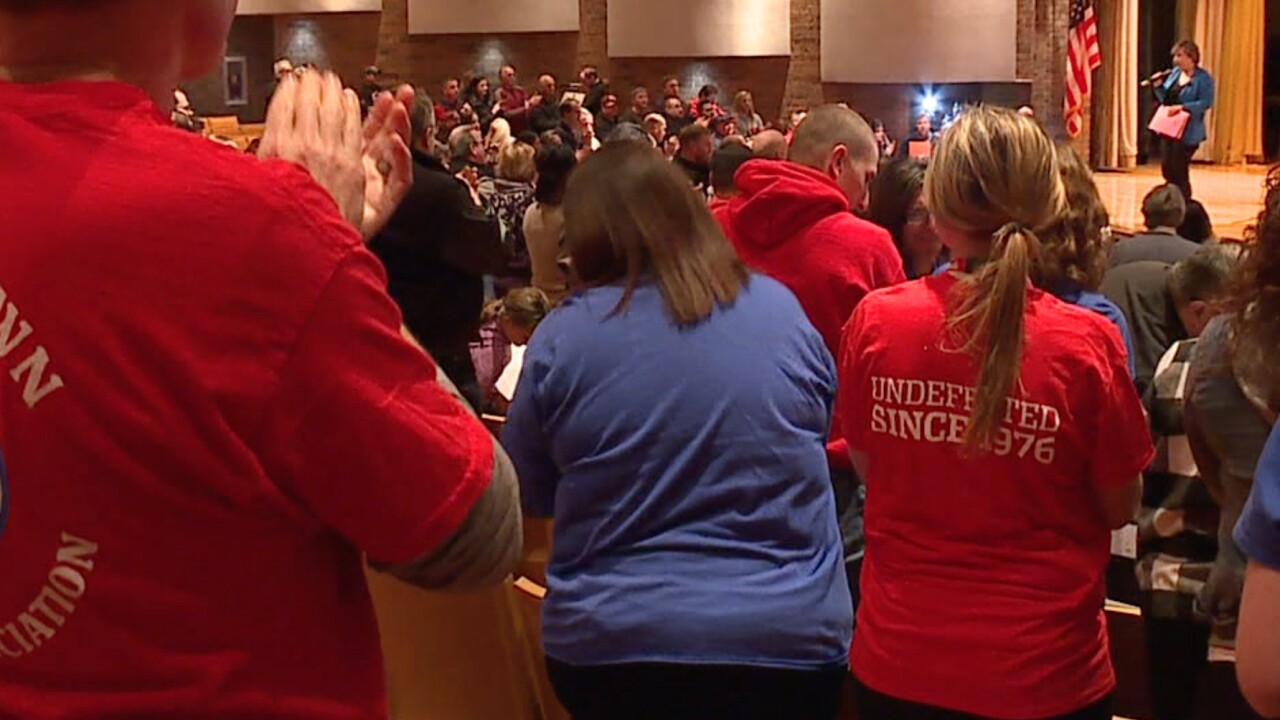 LORDSTOWN, Ohio — The Lordstown Teachers Association hosted a town hall meeting at its high school, urging General Motors to do all it can to find a new vehicle to produce at its Lordstown assembly plant.

Randi Weingarten, President of the American Federation of Teachers, was the keynote speaker at the event, and told the audience it must continue to send a strong message to GM that the plant and its 1500 jobs must be maintained.

"You made a commitment to this town and other towns as part of getting a bail out in 2008, this town needs these jobs," Weingarten said.

"Those people who made those cars, that created those profits, we need you to stay in Lordstown."

"Also, given that GM just made $4 billion dollars in this last fiscal year."

The Lordstown plant is set to completely stop production of the Chevy Cruze in March.

"We see it everyday in the classroom," Brookbank said.

"It's been very rough, kids are very upset to have to leave their family and friends."

Tobias Simmonds and his wife have two children attending the Lordstown middle school.

Simmonds told News 5 he is currently working at the Lordstown plant and said the plant shutdown is like a reoccurring nightmare.

"This is it, this is our livelihood," Simmonds said.

"I moved from Michigan to here, I was transferred back in 2010 and forced down here, now it's happening all over again."

Meanwhile Brookbank said Lordstown teachers and the UAW are working together, preparing for a long fight, sending a message to GM that they won't give up hope.