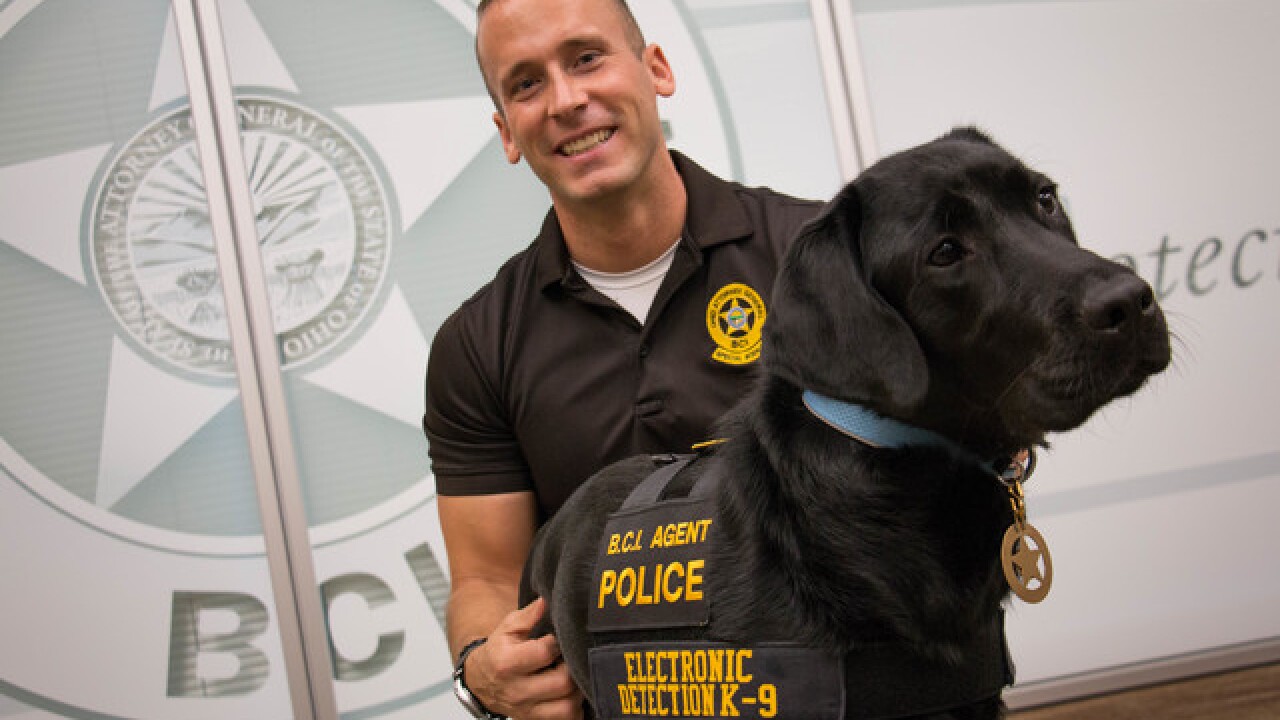 A police K-9 capable of sniffing out electronic devices is the newest weapon in the Ohio Bureau of Investigation's fight against cyber-crime, according to Attorney General Mike DeWine.

Reptar, a 22-month-old black Labrador retriever, has been trained to detect the chemicals that are used in devices with storage media such as cell phones, computers, and flash drives and memory cards.

According to the attorney general's office, criminals, such as child pornography suspects, commonly hide storage devices containing illegal material in hard to find places such as inside false-bottom drawers behind wall outlet covers.

DeWine said Reptar has already proved himself in recent investigations, having recovered a hidden memory card inside a drawer with a false bottom. In another case, Reptar was able to locate a flash drive that was hidden inside a stereo system.

“You can run, but you can no longer hide from Reptar’s highly-skilled nose, which can sniff out even the smallest devices in the biggest rooms or vehicles,” said DeWine.

Reptar and his handler, BCI Special Agent Josh Rammel, have both been assigned to the Crimes Against Children Unit but will be available to assist other law enforcement who need help locating small electronics.

Reptar is one of only two electronic sniffing dogs in the state and one of about 50 trained across the world, the attorney general's office said.

“We are committed to finding the latest crime-fighting tools in order to protect Ohio families.  Reptar has already proven valuable in some criminal investigations, finding devices hidden from investigators, and we know he will continue to help us hold criminals accountable," DeWine said.