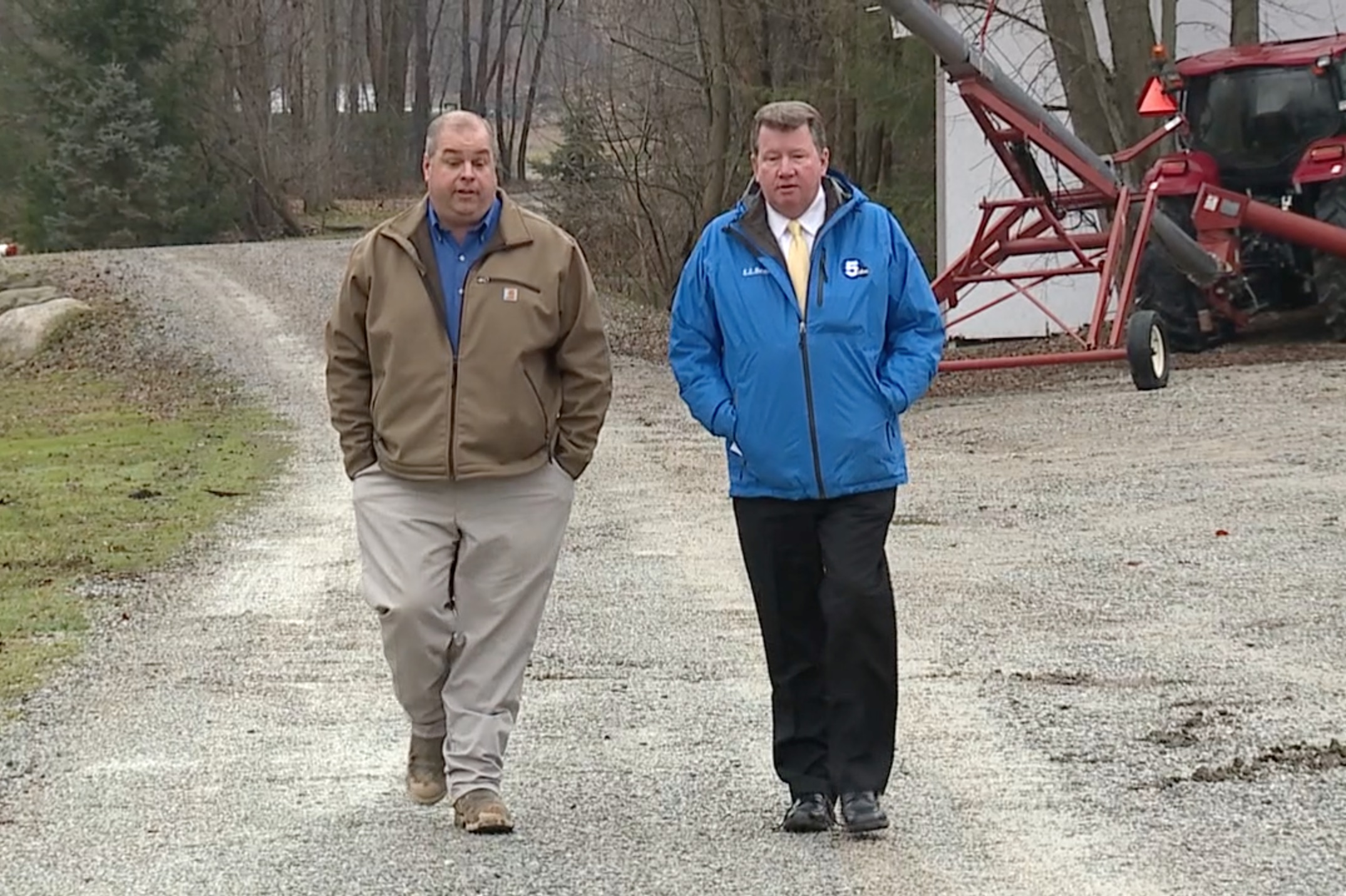 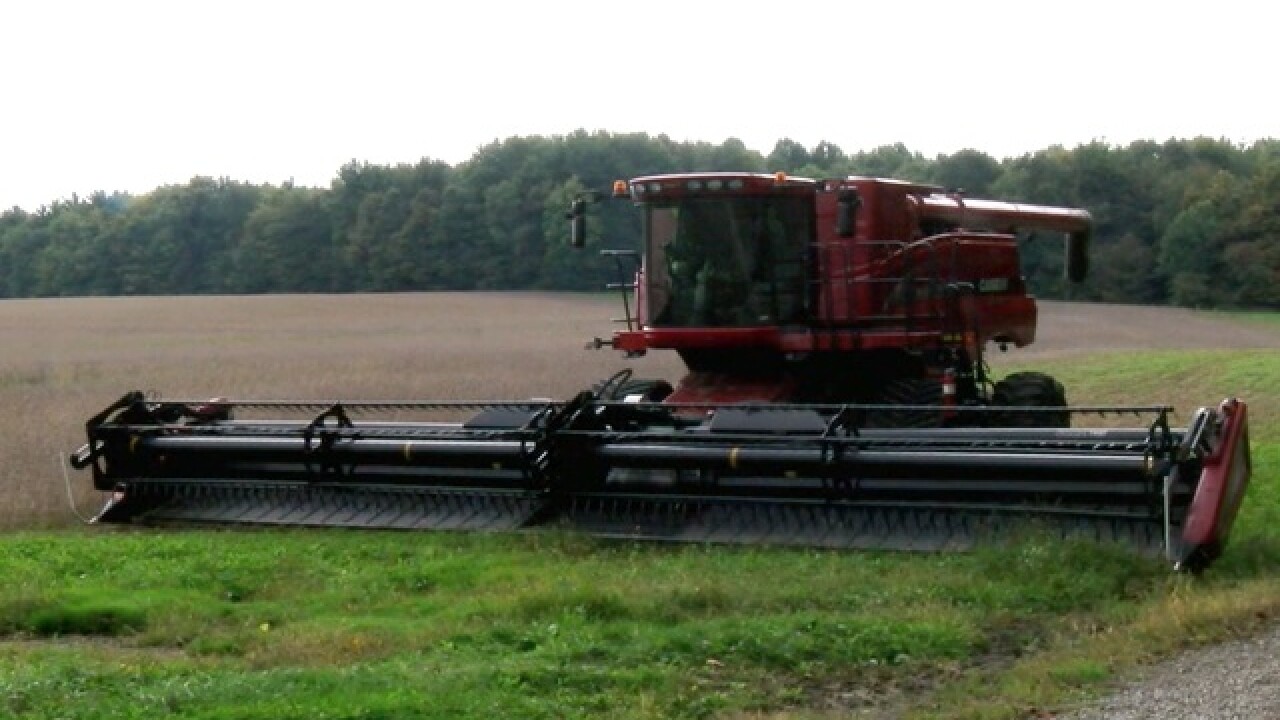 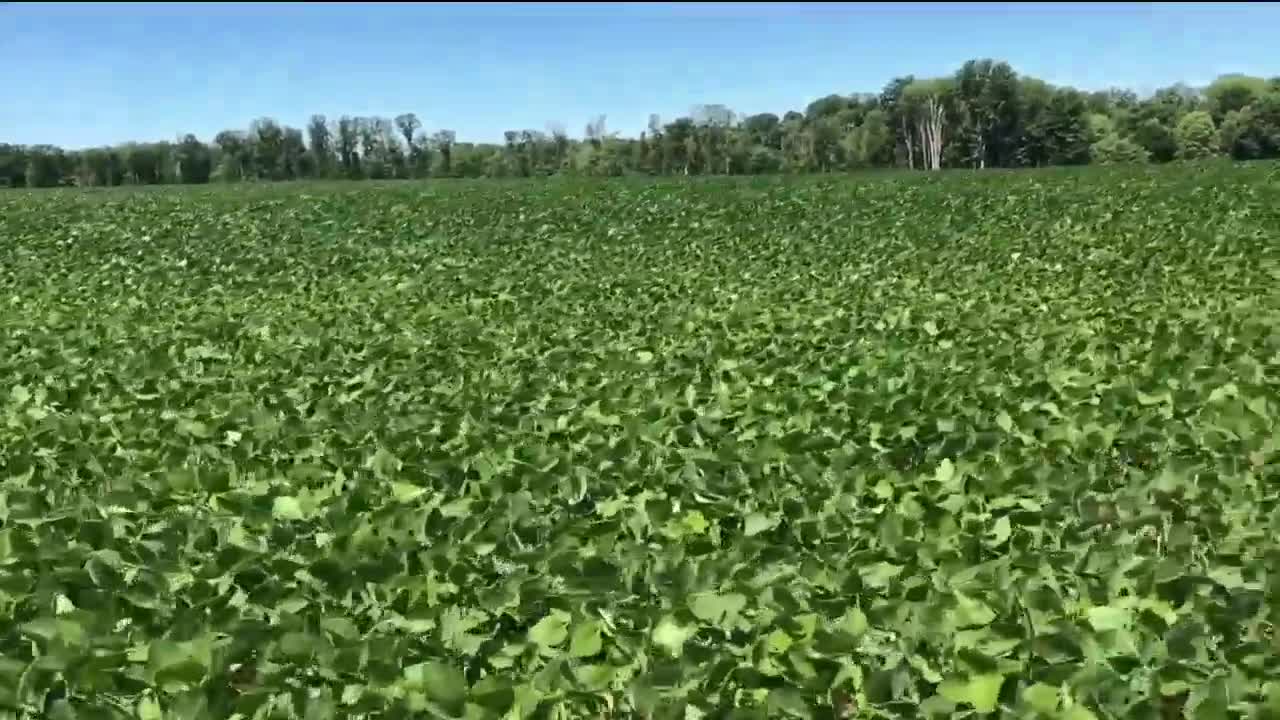 MANTUA, Ohio — When it comes to farming in Ohio, soybeans are the state's largest agricultural export, totaling $1.4 billion in 2016 with nearly half of what was exported (40 percent) going to China, according to the U.S. Department of Agriculture. The demand for U.S. soybeans in China had been strong in recent years, fueled by the growing demand for meat in the Chinese diet and soybean meal to feed those livestock, but that market literally dried up in early July when China imposed a 25 percent tariff on American soybeans.

With fields already planted, farmers hoped for a quick resolution before their crops went to market, but nearly seven months later, that hasn't happened, and the price per bushel has left many farmers under water.

"So guys are living off their equity, they're talking to their bankers," Sayre said. "That's one nice thing the farm bill has done it's improved some loan amounts for what farmers can loan but its still a loan, the farmers still have to pay it back and it's tough."

And bankers, he said, don't eye the family farm as the safe investment they once did. "Right now there are better markets in building and commercial things, where banks can make more money and maybe they don't want to talk to the farmers right now. Well, that's an issue. People still have to eat, farmers still have to have money."

China last week agreed to a major purchase of soybeans from the U.S. which was possibly seen as movement in the standoff, but Sayre said they're not seeing it in the markets.

"The market was supposed to respond last week. It moved a little but when I say a little, it's a little, I mean it hasn't moved yet."

President Donald Trump enjoyed strong support among American farmers in 2016 and still has the backing of a lot of them, but at the present trajectory many may not be farmers for much longer. The Federal Reserve Bank of Minneapolis came out with a report last month on the rise of bankruptcy filings by farmers in the Upper Midwest.

"Our patience is starting to wear a little thin. I mean, we've been told to wait and wait, the tariff deals are coming, the China deals are coming. We feel that we voted and elected a man to put into a position that was going to help us and it's time that that happened," Sayre said. "I mean we're getting stretched to our limit."