Ohio teenagers required to learn about being an organ donor 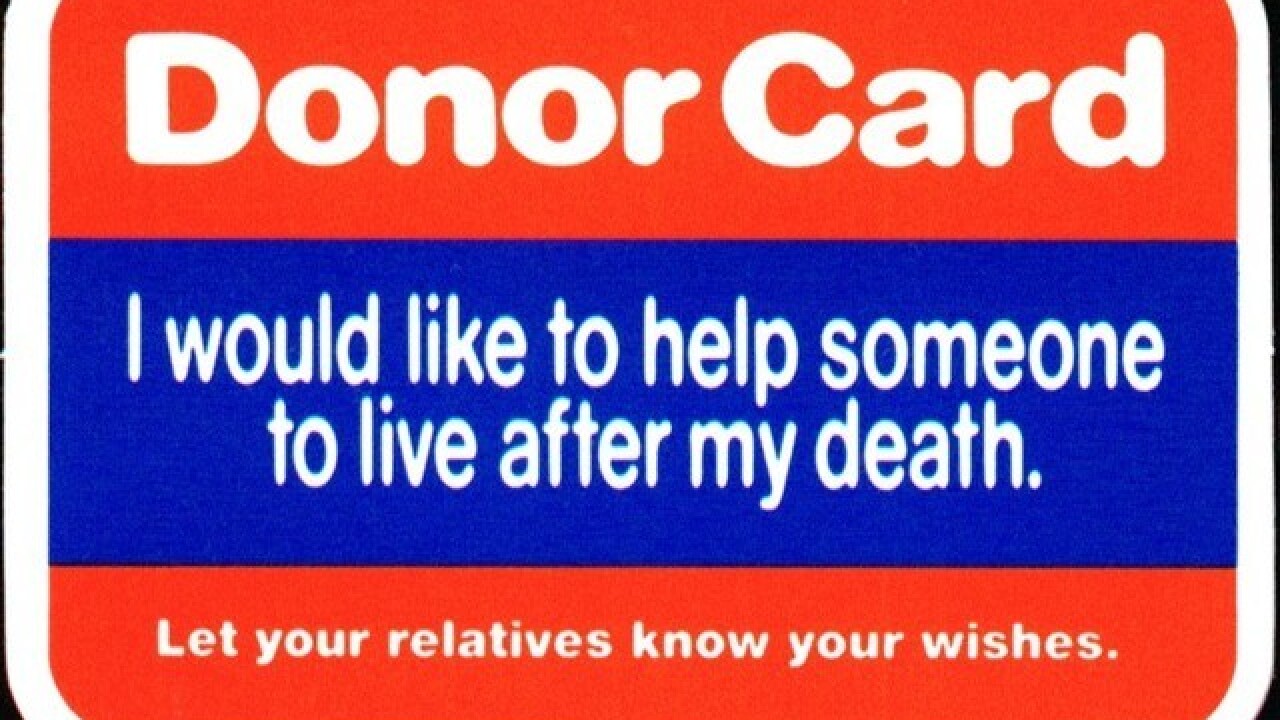 Like many teenagers, when Cameron Rung made a trip to the Ohio Bureau of Motor Vehicles to get his driver license, he was hit with a question he wasn't ready to answer.

Did he want to be an organ donor?

He looked at his mom.

Because his parents are both donors, he said yes.

But he didn't really understand what that answer meant until an educator from Lifeline of Ohio visited his health and wellness class last month at Worthington Kilbourne High School.

"Now I know where my organs are going to go," said Rung, a sophomore. "It's a good decision. It's going to help people."

As of this academic year, students in high-school health classes across Ohio are being exposed to information about organ donation, thanks to a new state law that requires the education.

While such lessons have been available in some schools for years, this is the first time they're required by the state, said Jenny Hudak, who heads up community education outreach for Lifeline of Ohio. The organization visits classrooms throughout 37 central and southeastern Ohio counties to provide the curriculum and also offers an educators' guide for teachers who want to give the lesson themselves.

During a recent class at Kilbourne, Hudak explained that donations are made upon death and that each donor has the potential to offer eight different organs -- the heart, liver, pancreas, small intestine, lungs and kidneys -- as well as other items, such as corneas, bones, heart valves, tendons, ligaments and skin.

"One person can save eight lives and heal 50-plus people -- for-real, hero-status stuff we're talking about here," she told the students.

Students also heard from Don Glass of Gahanna, whose 16-year-old daughter, Claire, donated her corneas and tissue after she died in 2014. Glass said Lifeline of Ohio has helped his family, calling Claire a hero and sending the family letters of recognition and tokens of remembrance and inviting them to memorial events.

Claire had gotten her license and signed up to be a donor four months before her death.

"She said yes because that made sense to her, and we are so fortunate that she did," Glass said. "It is so much more than saving somebody's life or enhancing someone's life, being an organ, eye and tissue donor. It's the support that that organization can have on those that are left behind."

The law requiring organ-donation education in high school health classes was the brainchild of Emma Brown of Athens, now a 20-year-old student at the University of Iowa, who had a liver transplant when she was 9 years old. She reached out to her state representative to propose the legislation after being asked by her junior-year government teacher to come up with a project aimed at helping to shape her community.

"When I was 16 and went through the drivers-ed program, I noticed we had next to no information about organ donation," she said. "Faced with that question, we weren't given any information on it.

"I felt it was something that should be put into our health-education curriculum so that we know what the facts are."

Marilyn Pongonis, a Lifeline of Ohio spokeswoman, said schools districts have been receptive to the law and have been getting educators from their group on their calendars.

"It's the right time for this," she said. "We have seen the donation rate of students, of teens in that 15 to 18 age group, declining statewide. And that's unusual, but it may just be that they don't feel equipped with the information they need to make that decision."

Overall, about 60 percent of those who are eligible sign up to be on the Ohio Donor Registry list, Hudak told the Kilbourne students.

Nationally, she said, about 116,500 people are waiting for an organ donation, and about 33,600 people get transplants each year. In Ohio, about 3,000 people wait for a transplant.

She said the goal of the Lifeline of Ohio education program is to give teens facts so they can make a decision when asked about organ donation at the BMV. She also encourages the teens to talk about the issue with their families, who have the last say on organ donation for anyone younger than 18.

Kilbourne teacher Dyanne Lewis, whose class was visited recently by Hudak, had hosted Lifeline of Ohio even before the lesson was required by state law. She said the course gives the students the information they need to make a decision about organ donation, encourages them to open communication with their parents and helps them understand that they have the potential to make a difference.

"This gives a great opportunity for them to understand that they can be a hero, and I love how Lifeline of Ohio uses that term `hero' to attach to this type of service," she said.

Brown, the student who proposed the law, said she believes the education requirement will lead to an increase in organ donors.