Pawpaw what? The obscure native Ohio fruit is now in season 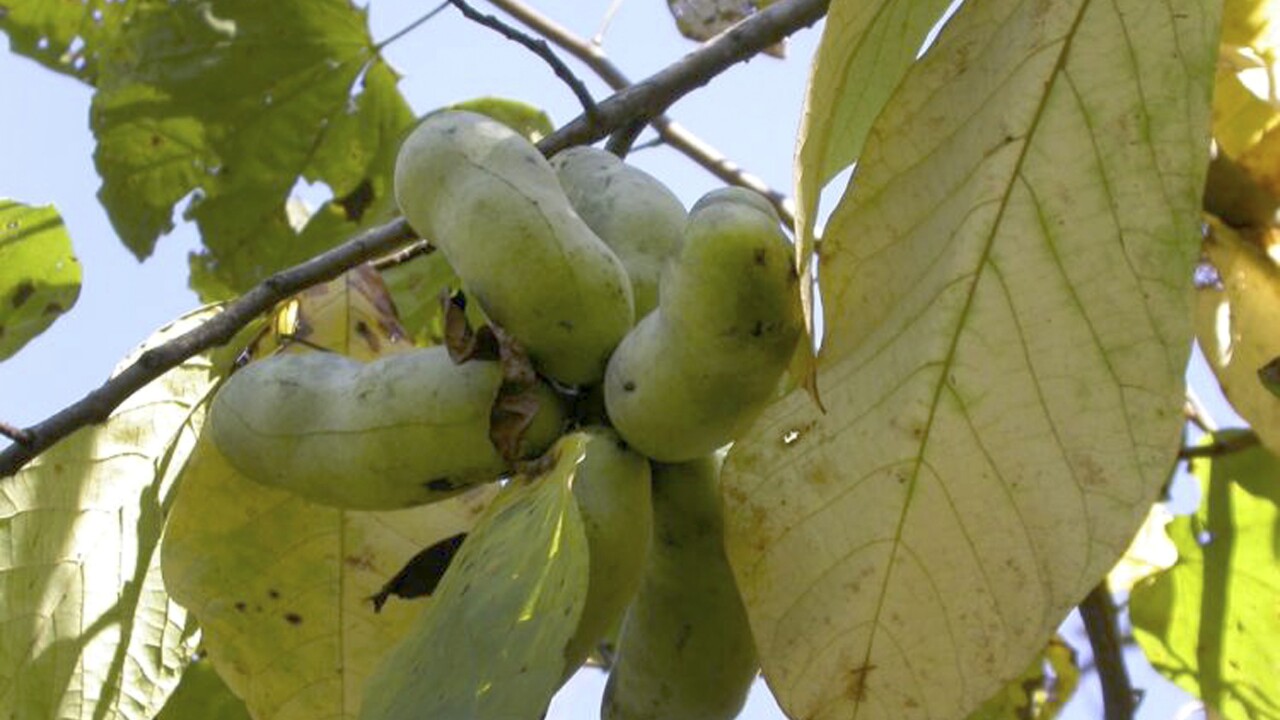 CLEVELAND — Ohio’s native fruit, the pawpaw, is ripe and ready for picking throughout Ohio. If you haven’t heard of this fruit, it’s special to Ohio and couple other states like Michigan and Pennsylvania, that also bear the fruit, and it's only available for a limited amount of time.

Jim Bissell, curator of botany and director of natural areas at the Cleveland Museum of Natural History, says pawpaw season is here and they're abundant in Cleveland, if you just get out and look.

Bissell says the tropical-looking foliage of the pawpaw tree is prized for what many think is a delicious fruit that matures late summer into early fall.

“It’s like a banana, but not as mushy. It’s funny because when I am in the woods, I tend to not bring water, even though I probably should, and if I see one, I pick one because it has a lot of moisture,” Bissel said.

The pawpaw, a mango-sized fruit, has a sweet, custard-like flavor that is somewhat a cross between a banana, mango and pineapple. They are commonly eaten raw and are also used to make ice cream, baked desserts and pawpaw-flavored beer.

You won’t find them in most grocery stores usually, so if you want to get your hands on this fruit, grab your hiking boots and get out in the woods.

Bissell said they are common throughout the Metroparks, in lower sloped areas, flood plains and springs, including being commonly scattered through the museum’s 10,000 acres of forest preserve.

“This habitat is so unusual and the pawpaws at the reserve are growing right in the spring and swamp area which is accessible from a trail," he said.

Since you can't really find them in stores, Bissell said it's okay to pick one if you see it.

"We wouldn’t yell at anyone if they do it," Bissell said, who, along with other colleagues at the museum, reap the benefits of having pawpaw trees right in the museum's backyard.

Another fun fact about pawpaws is they're resilient to what every gardener fears: deer.

"One the coolest things about pawpaws is that deer don’t eat them," he said as confidently as someone who has many pawpaw trees on his own property.