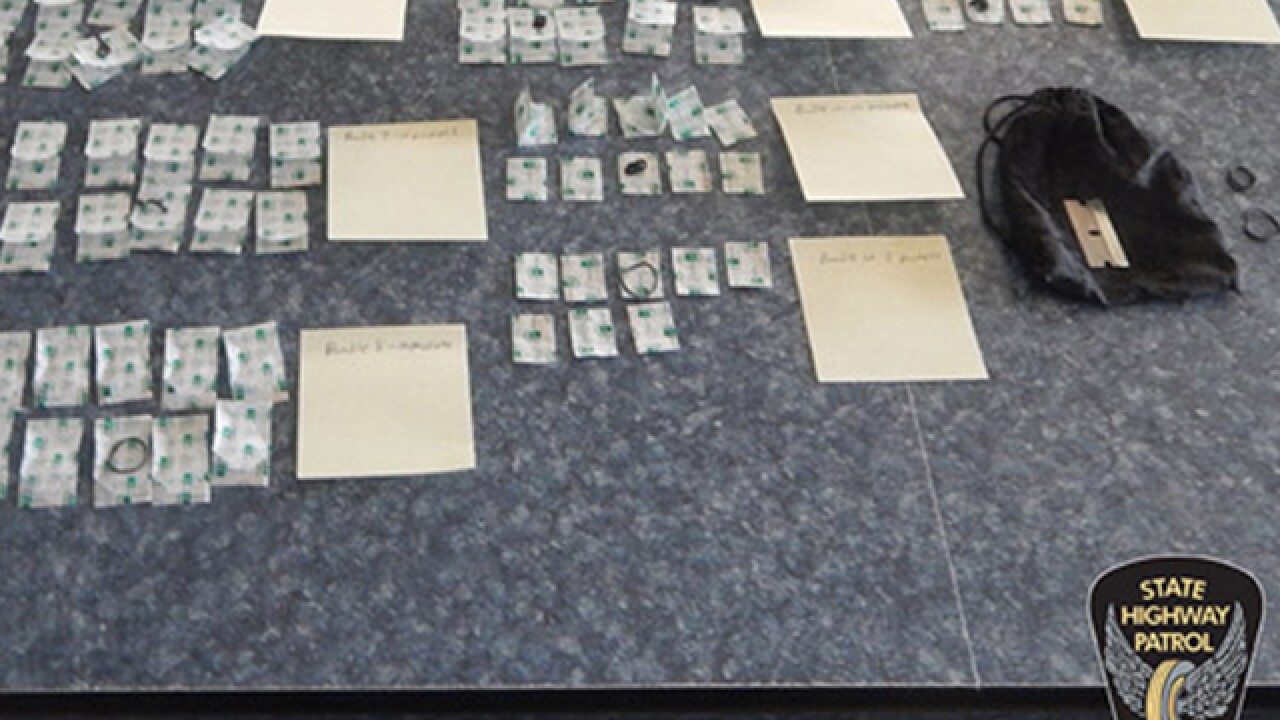 A 32-year-old man was arrested after a routine traffic stop led to the discovery of 136 individual packets of heroin stuffed in his sock, according to the Ohio State Highway Patrol.

Jeffrey L. Barrett of Pittsburg was charged with possession and trafficking of heroin.

Troopers found the drugs when they pulled over a car for speeding on the Ohio Turnpike in Sandusky County on Oct. 8.

Troopers said when they approached the vehicle they could detect the odor of burnt marijuana. When they searched the vehicle and the occupants they discovered the drugs stashed in Barrett's right sock.

The drugs have a street value of around $5,340, according to authorities.