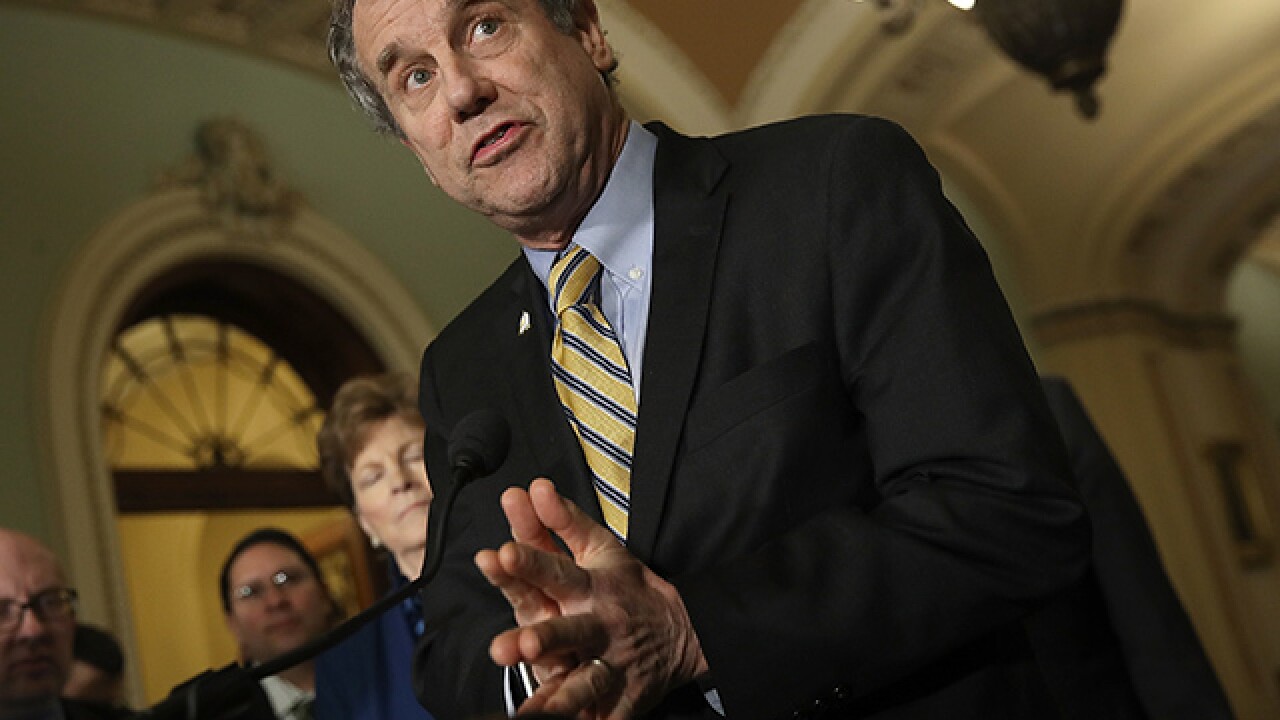 U.S. Senator Sherrod Brown (D-OH) has credited Obamacare with helping Ohioans get the treatment they need for opioid addiction, and PolitiFact says this is mostly true.

"Right now in Ohio 200,000 people are getting opioid treatment because they have insurance under the Affordable Care Act," he said in an April 9 speech to the City Club of Cleveland.

Brown will face the winner of the May 8 Republican primary featuring U.S. Representative Jim Renacci and businessman Mike Gibbons, among others.

It's no secret that Ohio has been hit hard by the opioid epidemic. Cleveland itself sees a fair share of it. Experts have said that Medicaid has helped treat those with opioid addiction. While Brown was citing a valid study from Harvard Medical School about the Affordable Care Act, PolitiFact said he did not accurately explain what the researchers found — it's hard to know exactly how many people have gotten treatment for this epidemic as a result of Obamacare.

Researchers nationwide have estimated about 1.25 million Americans with serious mental disorders and about 2.8 million with a substance abuse disorder (including 222,000 with an opioid disorder) would lose some or all of their insurance coverage if the federal health care law was repealed, according to PolitiFact.

In Ohio specifically, PolitiFact said 220,512 people with addiction or mental health disorders had coverage under the ACA in 2016. In Brown's speech, he said these numbers were current, when in reality, this data is two years old. Current numbers show about 151,200 got coverage through the Medicaid expansion and 69,225 went through the marketplace, according to PolitiFact.

To further dig into his numbers, Brown specifically said 200,000 people were getting opioid treatment, but the research was more broad and covered addiction and mental disorders.PolitiFact said sometimes Brown acknowledges that the 200,000 number encompasses both areas, but other times he relates it specifically to opioid treatment.

PolitiFact said a researcher confirmed to them that the 220,000 figure referred to those with significant behavioral health or substance use disorder needs. The data did not specify how many specifically used substance abuse treatment services.

Health experts generally agree that the ACA has helped tackle the opioid epidemic, but the numbers don't necessarily reflect care directed exclusively towards those with opioid abuse.

However, there's a chance this number may also be higher than some experts think. Between the time Ohio expanded Medicaid in 2014 through August 2017, PolitiFact said more than 633,000 Ohioans with behavioral health needs accessed services. This included addiction treatment and mental health treatment. What we don't know is how many specifically received opioid treatment. This means that Brown's claim that 200,000 have received opioid treatment could also be too low. It's possible those receiving services may be even higher.

PolitiFact's ruling: Brown oversimplified the study. The statistic is more broad than he makes it out to be and includes those with both behavioral issues and substance abuse issues. But his general point that the ACA has benefited people who need opioid treatment is supported by experts.