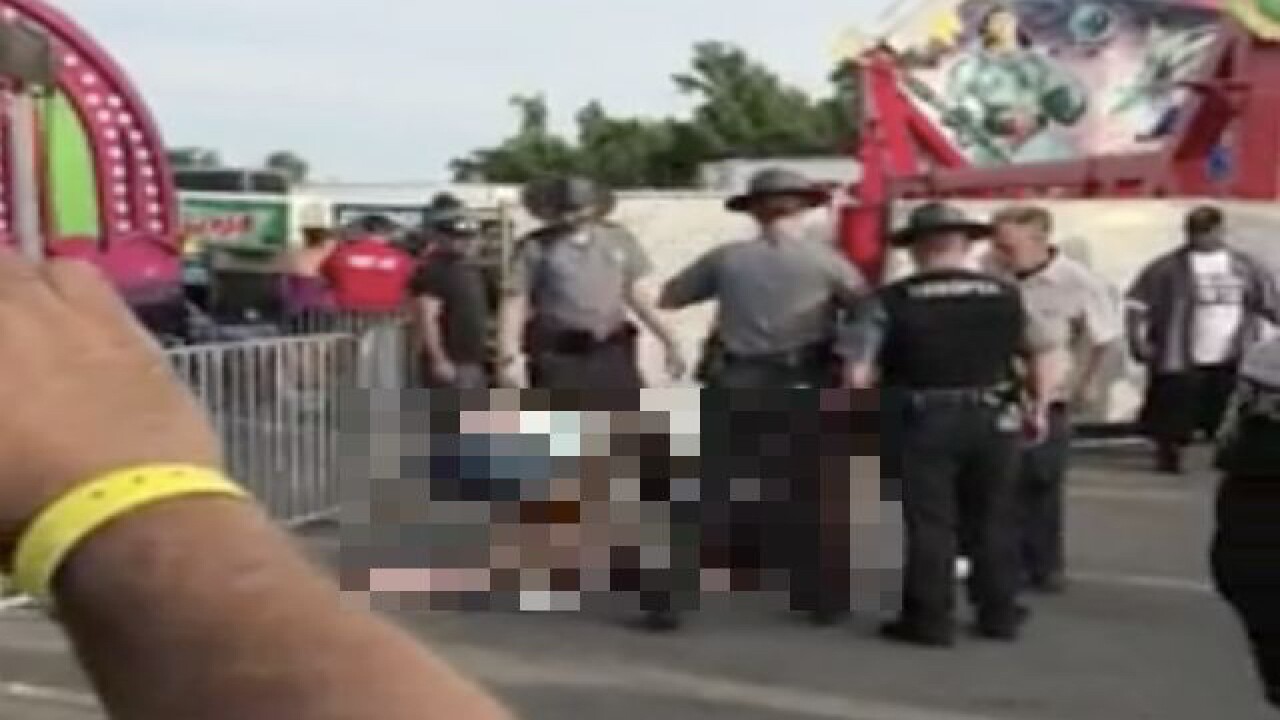 Copyright 2017 Scripps Media, Inc. All rights reserved. This material may not be published, broadcast, rewritten, or redistributed.
Tameika Nicole Vineyard-Adams

There will be no criminal charges in the Ohio State Fair ride malfunction that killed an 18-year-old and injured seven others, the Franklin County Prosecutor’s Office said Thursday.

Authorities said 18-year-old Tyler Jarrell of Columbus died when a piece of the swinging and spinning ride snapped during the fair's opening night on July 26.

Franklin County Prosecutor Ron O’Brien determined there was not enough evidence to proceed with a criminal case after Ohio State Highway Patrol troopers presented their findings on Aug. 21.

Troopers interviewed more than 80 witnesses, including those on the ride at the time of the accident. Troopers and experts completed inspections of the ride, which included measurements, mapping, scanning and photographing various parts.

The report includes information that was not previously made public.

Several witnesses said workers helped one woman who had trouble getting her harness to buckle before the ride began. A worker had the woman move to another gondola, but witnesses were mixed as to whether or not her harness was latched in place when the ride started.

One ride operator said he saw the gondola hit the deck and then the railing before it broke off. He then stopped the ride.

Two people, including an unconscious man bleeding from his head, were trapped in the gondola after it broke off. Firefighters had to use the Jaws of Life to free them.

Troopers also obtained a higher-quality copy of the Snapchat video showing the incident than was posted online. The Forensic Video Unit broke the video down for a frame-by-frame analysis.

Investigators wrote the ride had been inspected and "there is no evidence that has been obtained to indicate the cause of the gondola breaking free was the result of negligence on the part of the individuals operating the ride at the time of the incident."

The report does not state what caused the ride to break. Mark Bruce, a spokesperson for the state Department of Agriculture, couldn't say if the state would fine the ride's owner or manufacturer or how much any fine would be.

"We’re completing an investigative summary of this event and will carefully review the Highway Patrol’s findings as we finalize our work," he said.

Ride operator Amusements of America released a statement Thursday saying the company "cooperated fully with the investigation since this tragic incident occurred and continues to keep those impacted by this accident in their prayers."

The family of the man who was killed is pursuing a wrongful death lawsuit in connection with the accident.

In an Aug. 6 memo posted on Facebook, ride manufacturing company KMG wrote, "excessive corrosion on the interior of the gondola support beam dangerously reduced the beam's wall thickness," and that eventually led to the "catastrophic failure" of the 18-year-old ride.

The Fireball ride will be stored at the Ohio State Fair and Exposition Center until it is released to Amusements of America.

Representatives from the Department of Agriculture, Amusements of America, KMG, the Ohio State Fair and Expo Center and the Consumer Products Safety Administration assisted the Ohio State Highway Patrol in the investigation.