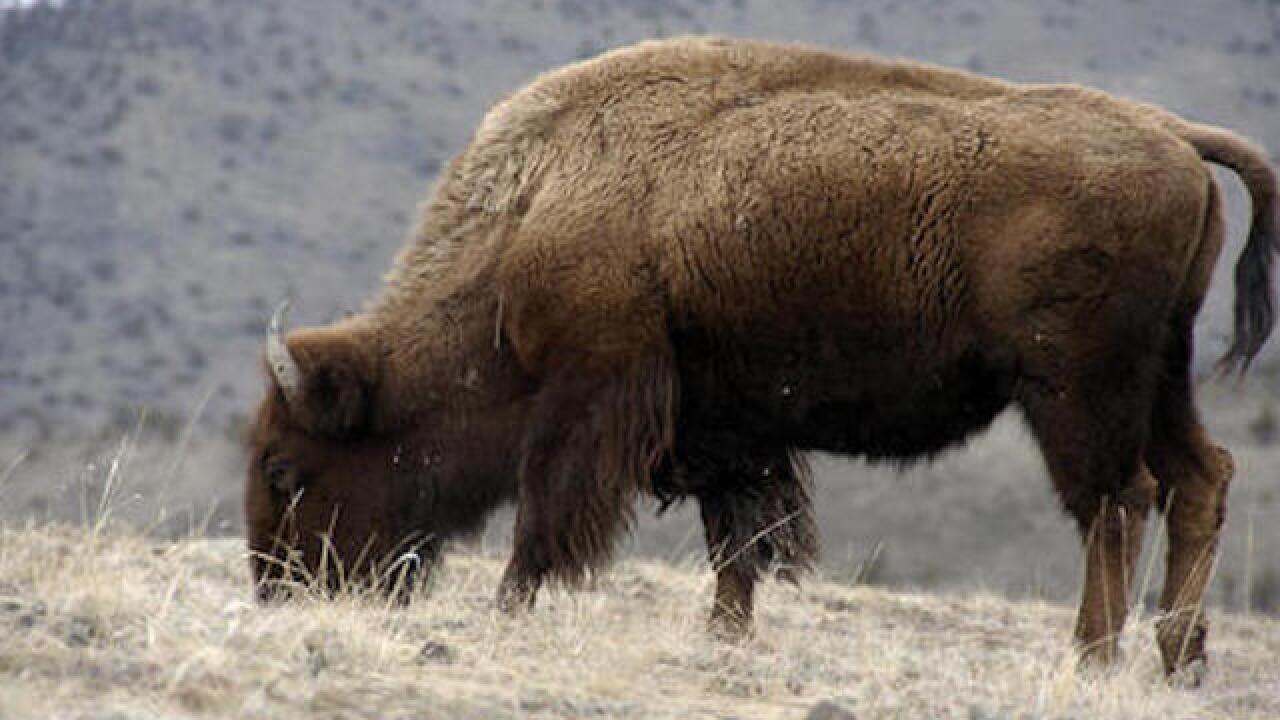 Copyright Associated Press
Matthew Brown
<p>A bison grazes in Yellowstone National Park near Gardiner, Mont., in this March 9, 2016 photo. The bison could soon become the national mammal of the United States. Legislation approved by Congress would elevate the bison's stature to approach that of the bald eagle, long the national emblem. There has not been an official mammal of the United States. Lawmakers called the bison the embodiment of American strength and resilience and said it reflects the nation’s pioneer spirit. (AP Photo/Matthew Brown)</p>

Six bison were shot and killed after escaping from an Ohio farm.

The owner of the bison and other farmers shot the animals around 6:47 p.m. No law enforcement personnel fired shots.