Slavery is still legal in Ohio. A group of state lawmakers wants to change that

Slavery is still legal in Ohio. A group of state lawmakers wants to change that 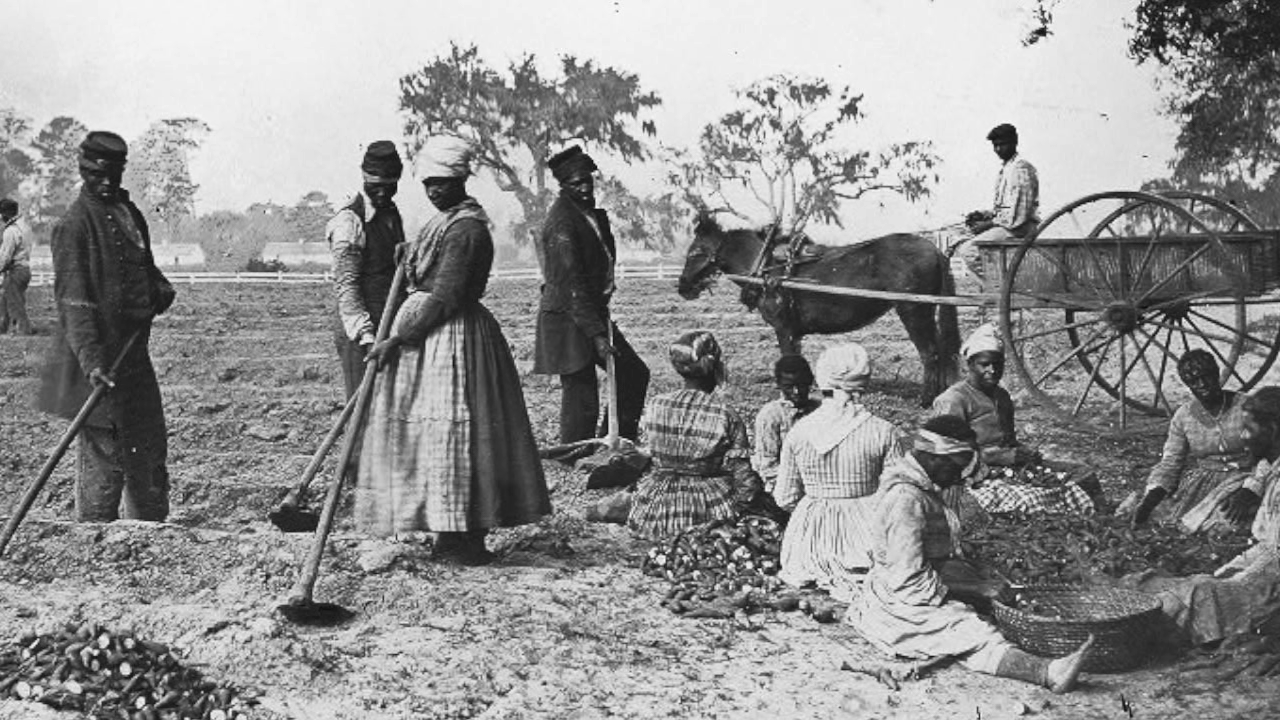 COLUMBUS, Ohio — Slavery is still technically legal in Ohio, under one condition. After an effort by the Ohio Legislative Black Caucus to strip the language of slavery from the constitution in 2016, state lawmakers are renewing the effort this year.

While the Ohio Constitution of 1851 banned slavery in the state, it left open one exception. The constitution states: “There shall be no slavery in this state; nor involuntary servitude, unless for the punishment of crime.”

"Most legislators, even ourselves didn’t even realize that it was still here in our constitution,” said State Representative Stephanie Howse, who serves Ohio’s 11th District in Cleveland and is the President of the Ohio Legislative Black Caucus.

Howse says she’s working with other lawmakers across the state to get an amendment passed that would no longer allow slavery in Ohio in any form.

"The title, I always talk about the title, it's the 'Ohio Department for Rehabilitation and Corrections' — the word is rehabilitation. There is nothing in the form of slavery or indentured servitude that allows for rehabilitation, so we need to address that,” she said. "Many of our state constitutions are reflective of the U.S. constitution, but in 2020 there should be no exception.”

The 13th Amendment made slavery illegal in this country, but even in the U.S. Constitution, the exception for prisoners is still there.

Representative Howse says the amendment to have this taken out of Ohio’s constitution is still in the process of being written.

She says you can’t be silent if you want to make sure it's ratified.

"Our focus is to focus on the majority of Ohioans who believe in giving people an opportunity and outright rejecting the notion that slavery in any form is good,” she said. "We should have documents in our constitution in our laws that be reflective of that.”

Four years ago, then-OBLC President and State Rep. Alicia Reece, a Democrat representing Cincinnati, along with members of the OLBC, tried to remove the slavery from the Ohio Constitution.

“No slavery, no exceptions,” Reece stated in the news release from 2016. “Over 150 years after our nation abolished slavery, there can be no acceptable circumstance for slavery in our state, and our constitution must reflect that. In 2016, this General Assembly should give Ohioans the opportunity to take slavery out of our state’s guiding document.”

The resolution was first introduced on May 25, 2016, and would have removed the last six words - "unless for the punishment of crime" - from the constitution.

“Any form of slavery, regardless of the circumstance, is immoral and abhorrent and should not be condoned by the state constitution,” said State Rep. Emilia Sykes (D-Akron) four years ago. “The people of Ohio should have the chance to remove the antiquated, offensive slavery reference from our state’s founding document.”

If that resolution had been passed by three-fifths of the state’s House and Senate, a statewide proposal to remove the reference to slavery would have been put on the ballot that year.

“This issue is about more than language – it’s about our values and what we stand for as a state,” said House Democratic Leader Fred Strahorn (D-Dayton) in 2016. “A constitution is not just an arrangement of governing laws, but a set of fundamental principles that guides its people. Slavery has no rightful place in our state’s founding document.”

This year, State Senator Cecil Thomas, a Democrat representing Cincinnati and a member of the OLBC, is working with Howse and other legislators in the renewed effort to strip slavery from the constitution.

“What legitimate reason would you have that exception for unless you planned to use it for Ohio’s future history?" Thomas asked the Statehouse News Bureau. Just as in 2016, if passed by state lawmakers, the change would have to go before voters.

While the state Senate is planning to meet monthly, the House isn't scheduled to come back until September. Thomas said the change should happen sooner than later.

The Ohio Constitution as we know it today was ratified by the Ohio Constitutional Convention of 1850-1851, replacing the state’s first constitution, written in 1803. At the time, only white men who had resided in the state for at least a year could vote, according to OhioHistoryCentral.org. An overwhelming majority of delegates voted against extending suffrage to women of any race and African-American men. A majority of Ohio voters voted to approve the constitution on June 17, 1851, and while numerous amendments have been made over the years, the Constitution of 1851 remains the fundamental law document in the state.