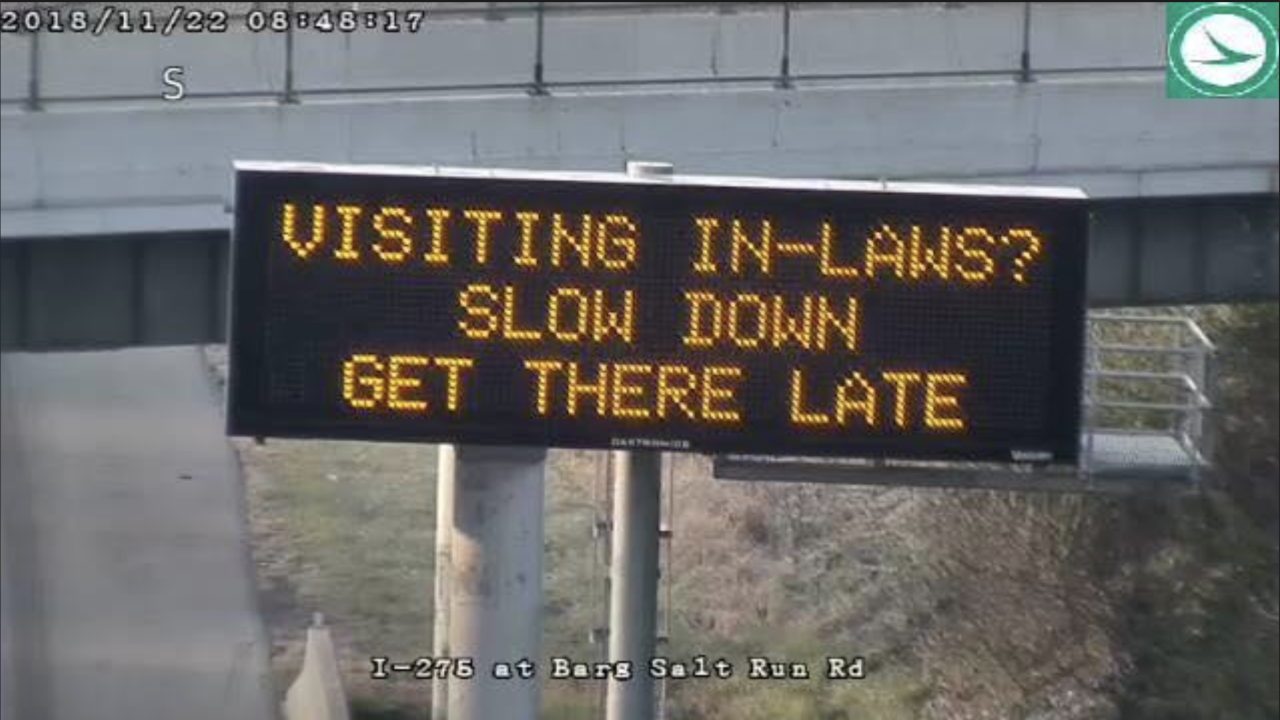 The Ohio Department of Transportation. 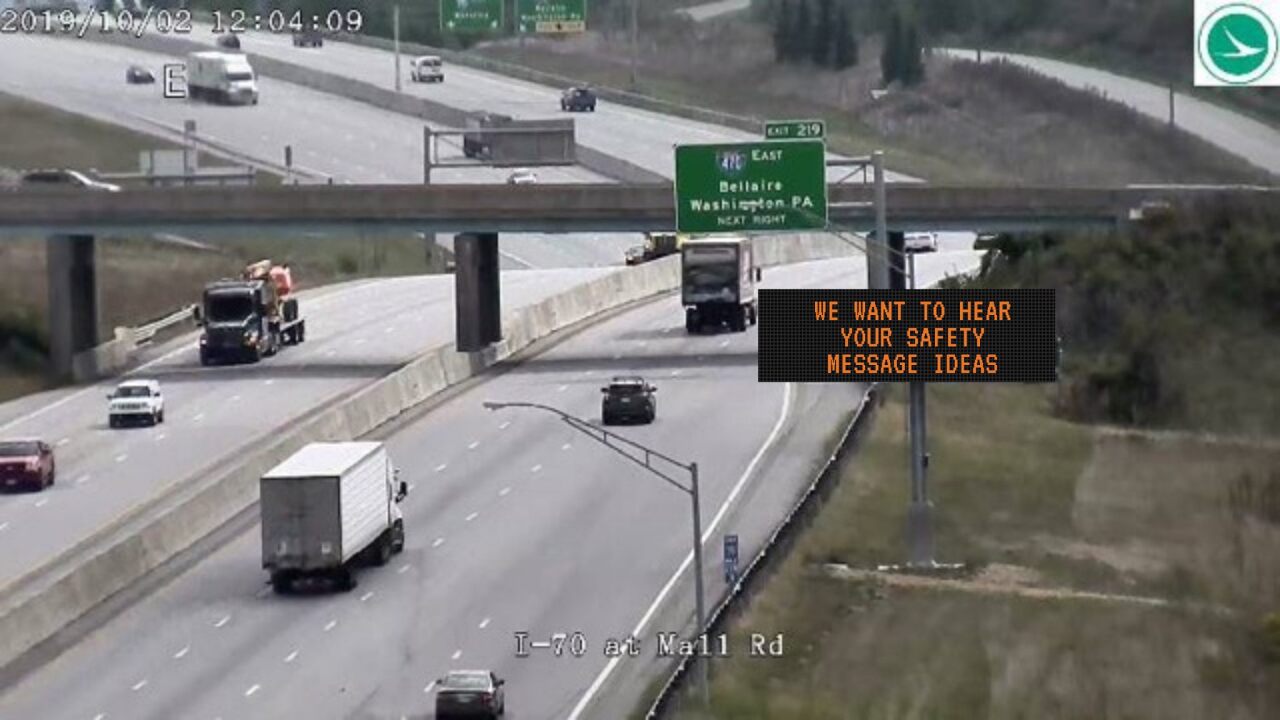 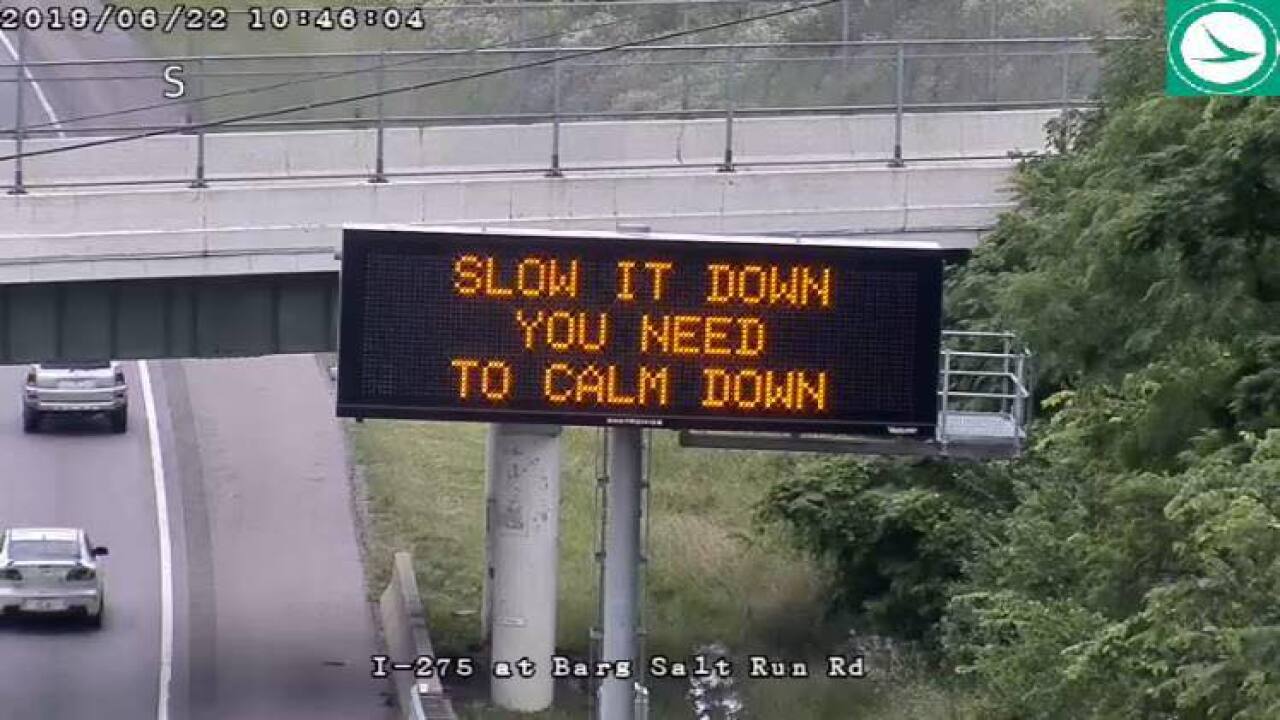 CLEVELAND — If you have a driving pet peeve and want to voice your grievance, this could be the perfect opportunity. The Ohio Department of Transportation wants to hear your ideas for their more than 130 message boards across the state.

Residents can submit their ideas for messages to display on ODOT boards across the state here.

The submission has a character limit: 17 characters for each of the three available lines - 51 characters total.

Since 2015, ODOT has been mixing it up with attention-grabbing safety messages, said Matt Bruning, the department's press secretary. He said the goal of the program was to break up the stale and cliche traffic safety messages we've all heard for years, such as "Click it or ticket," "You booze, you lose" and "Drive sober, get pulled over."

A committee of officials from ODOT, Ohio Department of Public Safety, and the National Highway Traffic Safety Administration choose the messages that appear, and they often match the messages to holidays (e.g. "Santa sees you when you're speeding" and "Turkey says buckle buckle") and other calendar events, Bruning said.