This wasn't your typical arrest.

Authorities in East Liverpool made a very unusual apprehension recently.

Acting on a tip, police went to an abandoned property in the city after they received a call about a "strange" man that was spotted in the area.

The man appeared to be a doomsday prepper and had the car, weapons and gear to back it up. 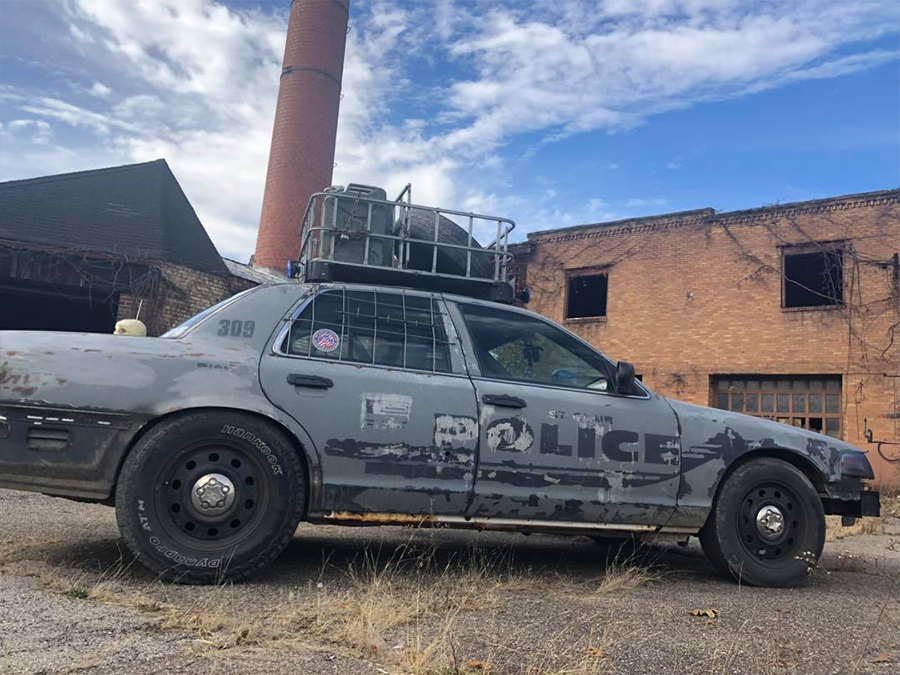 Police said the man was carrying a large knife in his hand when they found him. Inside his car — which appeared to be a modified old police cruiser — they found a smorgasbord of zombie-killing paraphernalia. Among the items were a loaded handgun, various ammunition, crossbows, bolts, knives and baseball bats.

One of the bats looked similar to Negan's bat Lucille from "The Walking Dead," but instead of being wrapped in barbed wire, the bat was covered in bottle caps. A second bat had two circular saw blades attached. 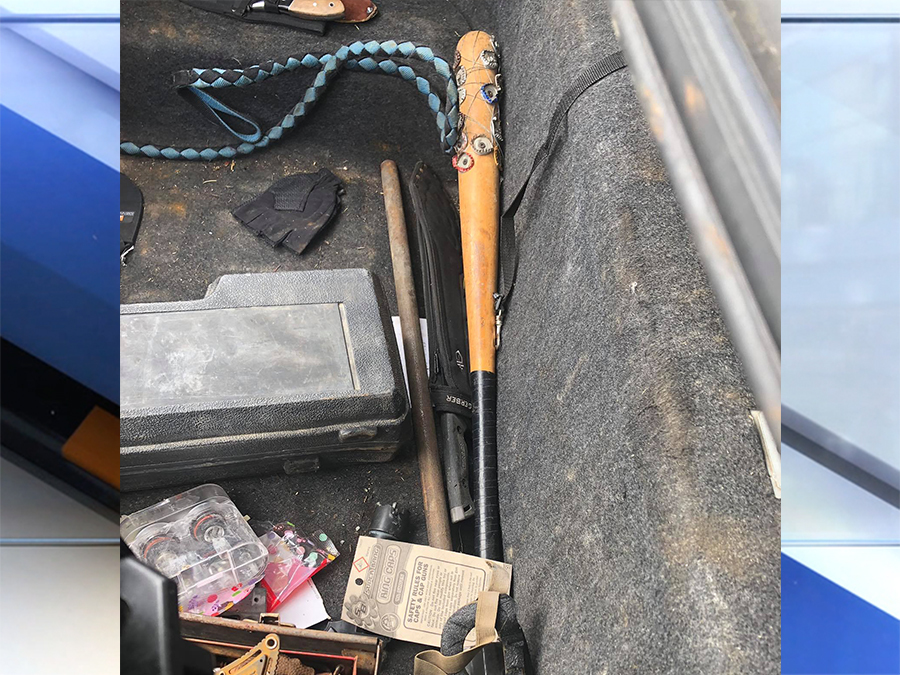 The 22-year-old man was charged with criminal trespass and improperly handling firearms in a motor vehicle, according to the police report.