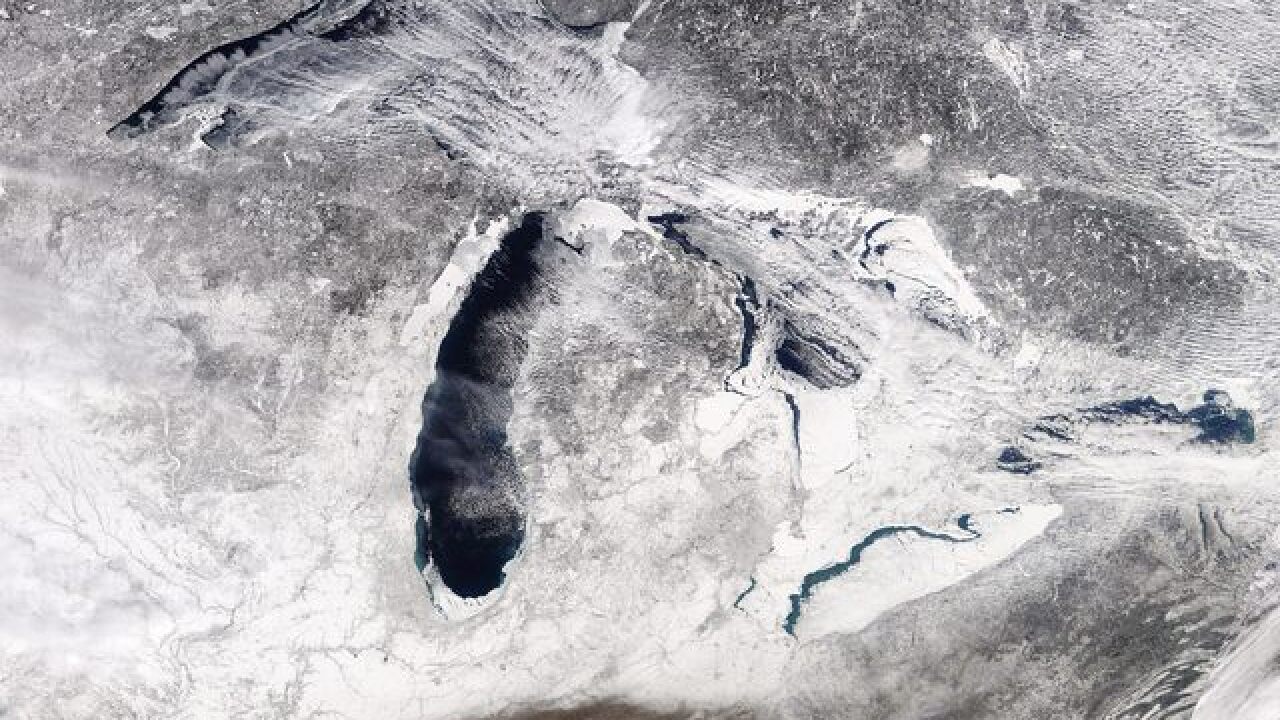 With Cleveland's full winter in full swing, the Great Lakes are seeing higher than average ice cover when compared to the average ice concentration of the last 44 years.

According to the NOAA's Great Lakes Environmental Research Laboratory (GLERL), the total Great Lakes ice cover as of Monday is at 69 percent.

A stunning photo from NASA's polar-orbiting Terra satellite shows the entire Great Lakes and their respective ice coverage. It's most visible on Lake Erie, which is leading the five Great Lakes with 92 percent ice coverage.

When looking at the GLERL averages over the last 44 years, all of the lakes except Lake Ontario are seeing above average ice cover this year.