Trump to hold rally in Delaware, Ohio on Saturday 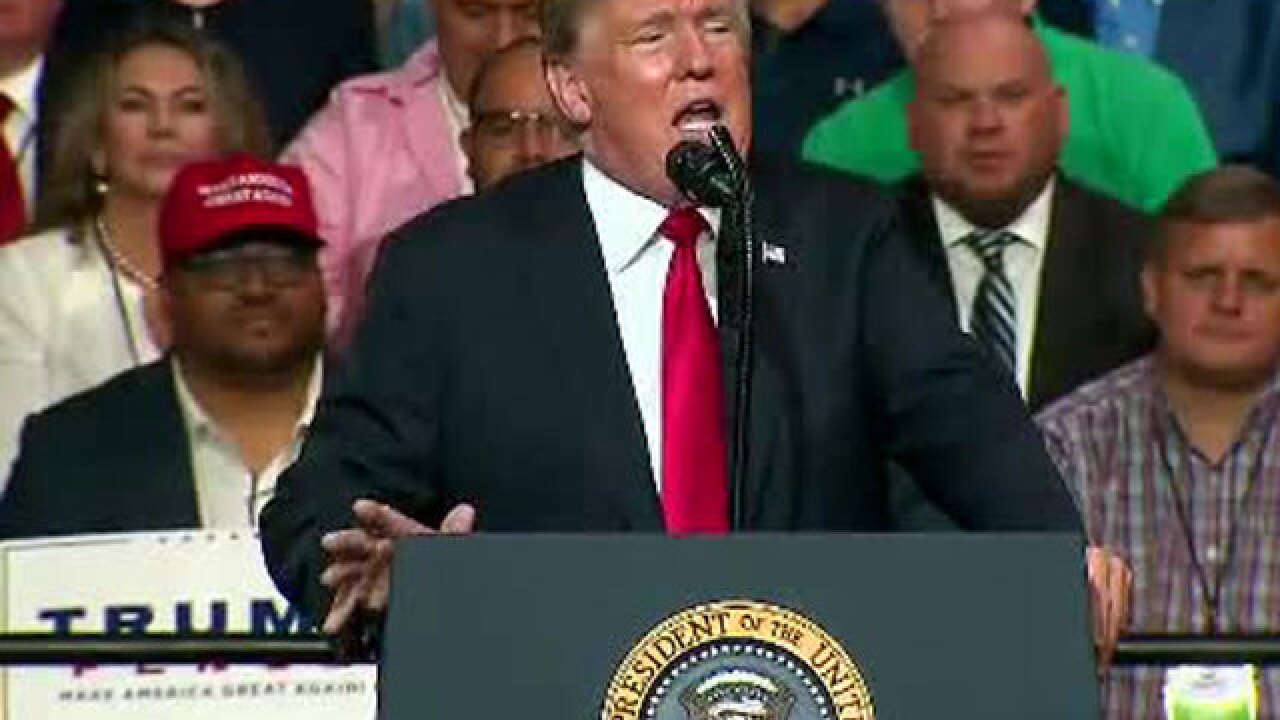 President Trump will speak at a rally in Delaware, Ohio on Saturday at 6:30 p.m. at the Delaware County Fair Coliseum.

This will be the 23rd rally for President Trump in Ohio since he began his run for the presidency in 2015, according to the campaign.

Trump will be attending the rally to support State Senator Troy Balderson in the special election for the 12th Congressional District of Ohio on Tuesday, the campaign said. He is also expected to discuss the economy, illegal immigration and trade deals, according to the media release about the rally.