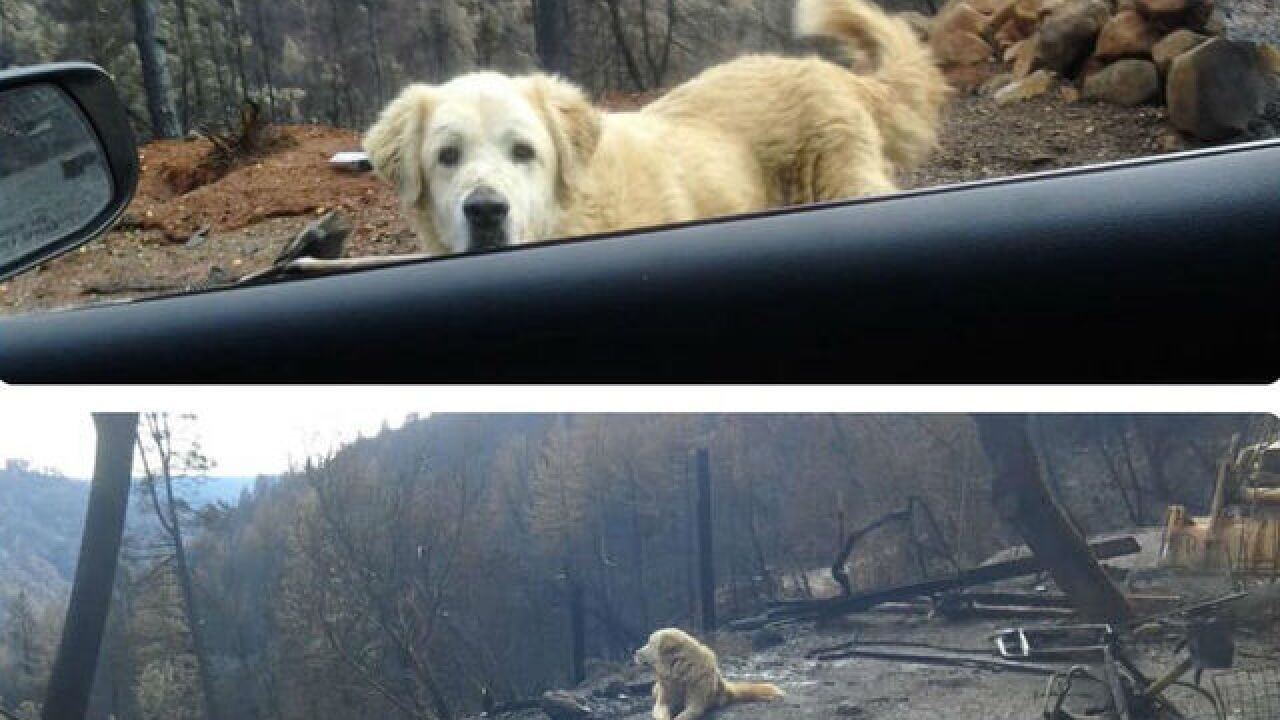 A family who was unable to retrieve their dog after the California Camp Fire spread returned to the area to a receive a very welcome surprise.

The owners of the dog, named Madison, fled their home but were unable to get their pet before being forced to evacuate, according to a post by K9 Paw Print Rescue.

They were granted clearance to return to the lot where their home previously stood and found Madison patiently waiting for them outside.

Madison was separated from his family for about a month before they were able to return, according to the post.