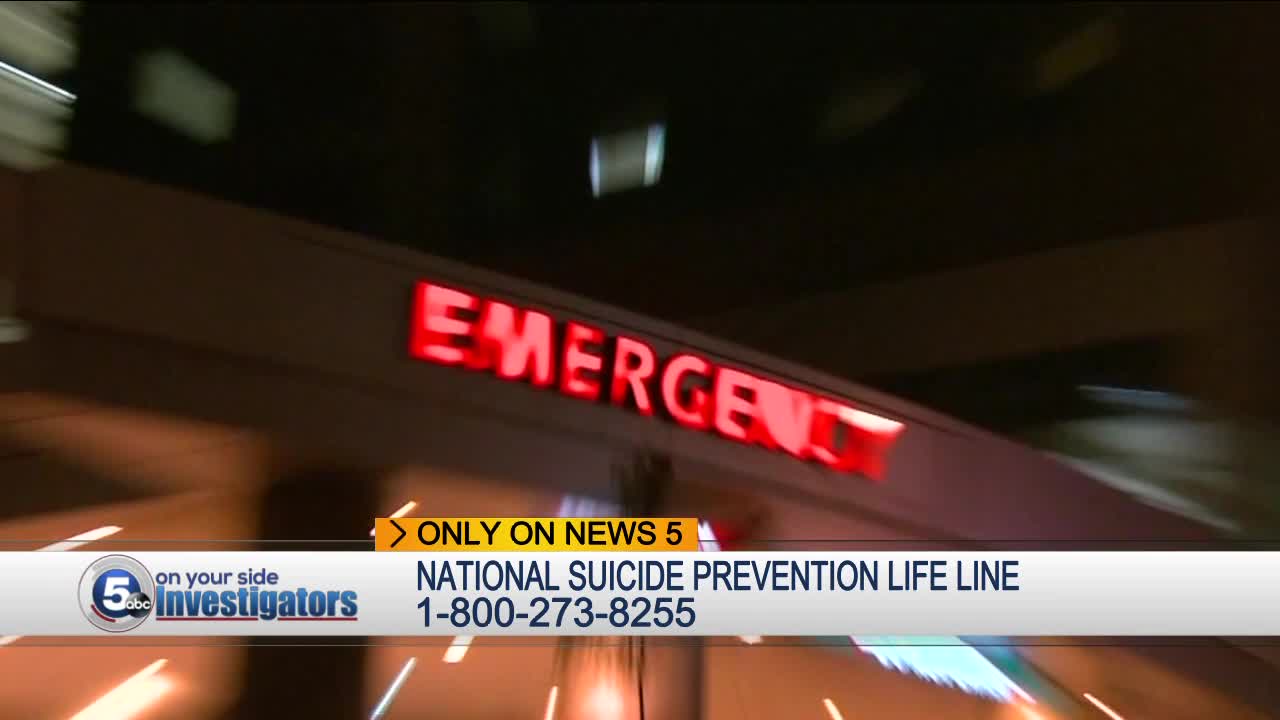 The most recent report from Ohio Department of Health shows suicide deaths increased by 45% among all Ohioans from 2007 to 2018. 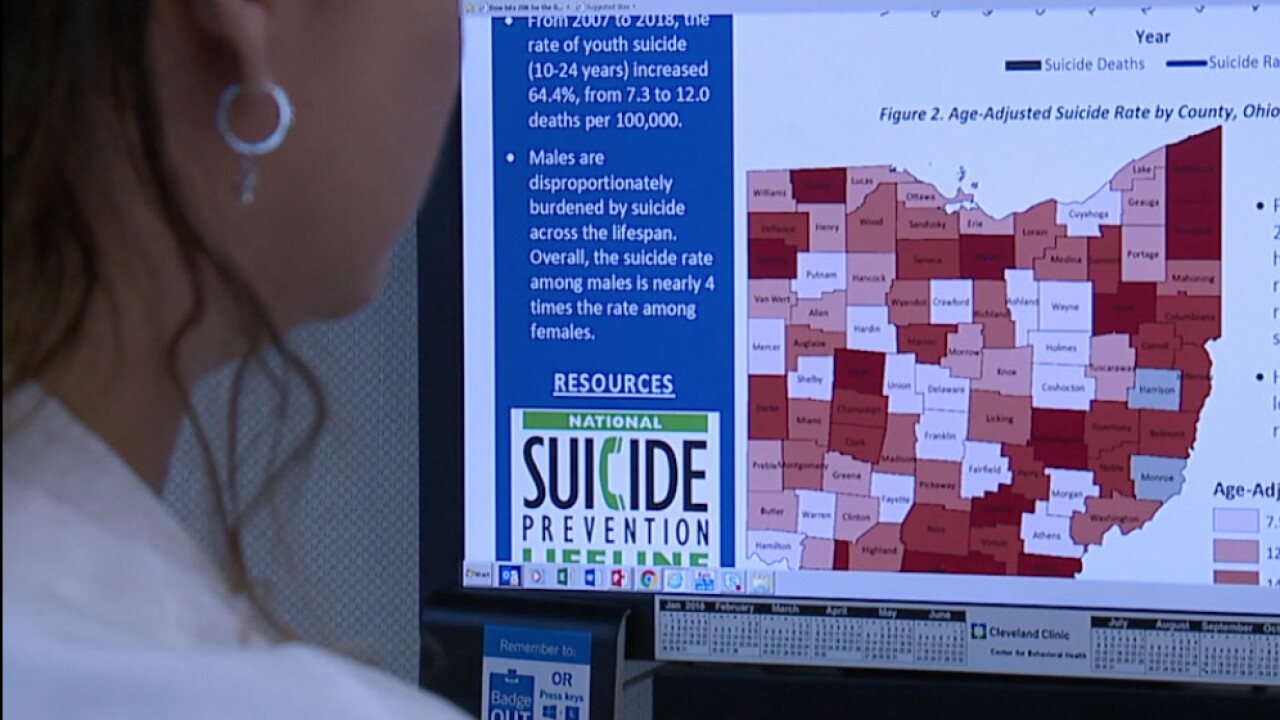 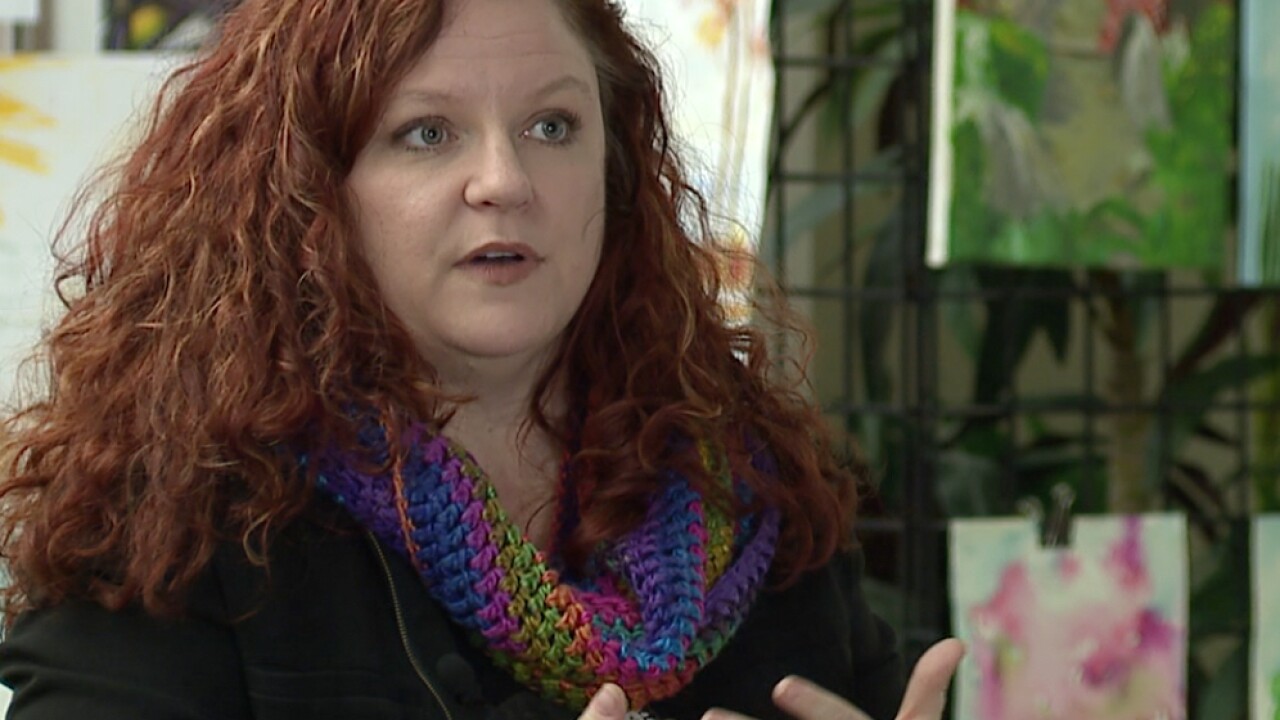 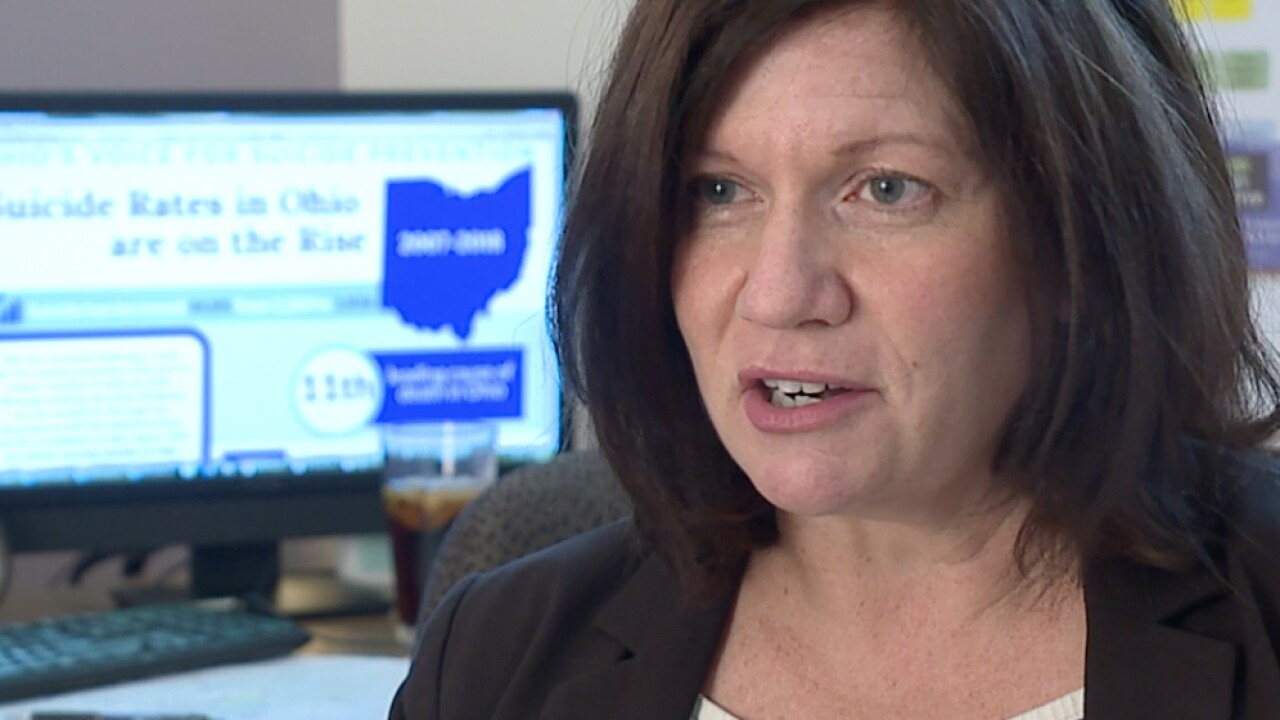 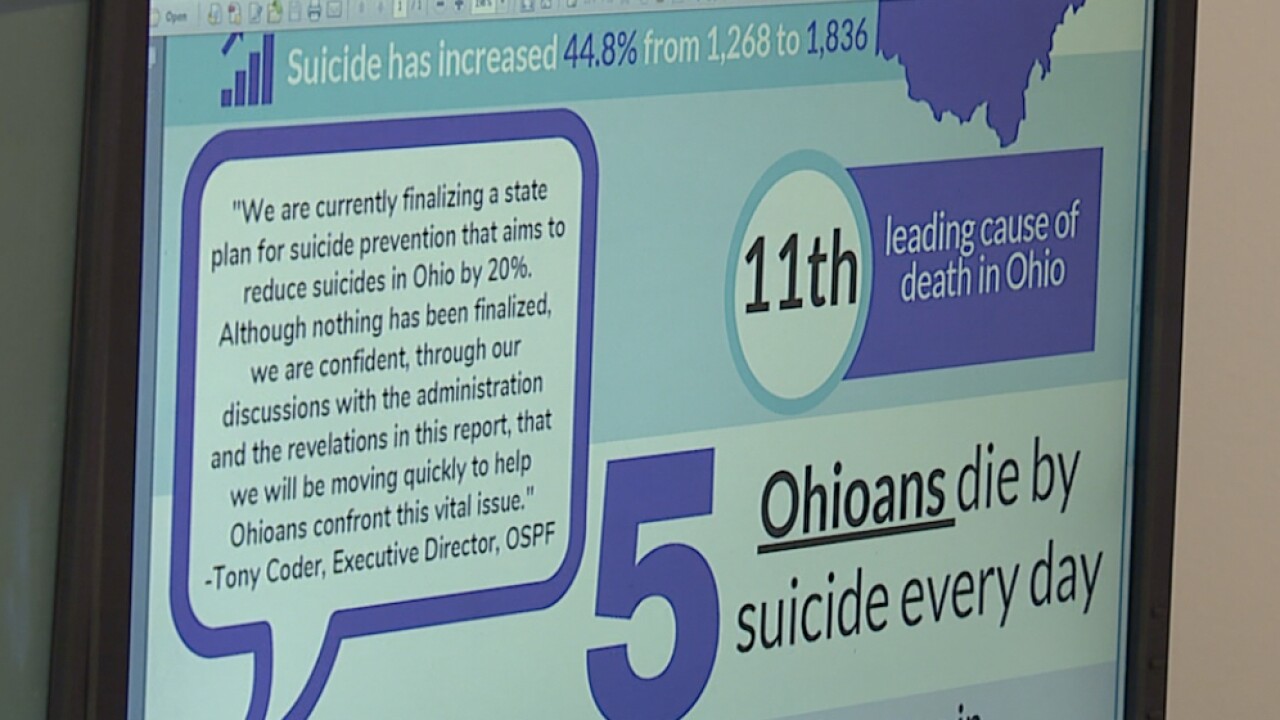 CLEVELAND — The most recent report from Ohio Department of Health shows suicide deaths increased by 45% among all Ohioans from 2007 to 2018.

The report indicated suicide rates are highest among white, non-Hispanic males. with the number of suicides among youth, ages 10-24, increasing by 56%.

Dr. Mark Hurst, Medical Director, with the Ohio Department of Health told News 5 the dramatic increase is cause for concern.

“The number that we had in Ohio is something that we all need to concerned about,” Hurst said.

Beth Zietlow-DeJesus with the ADAMHS Board of Cuyahoga County said there's also been a dramatic increase in suicide in northeast Ohio.

“In Cuyahoga County suicide is on the rise, in fact in 2018 we’ve had the most suicides that we have seen since 1985," Zietlow-DeJesus said.

“I’m here to say it can happen to anyone, and we need to listen, we need to be paying attention to the people that we love.”

"Some of the things that can trigger suicide are a loss of a job, loss of someone you love, particularly if they died by suicide, substance use, or a relapse after a period of sobriety, in addition to social isolation.”

Jane Granzier, Associate Director of Crisis Services with Frontline Service said people need to take action and intervene if they see a friend or loved one struggling, and get them the help they need.

“We need to become comfortable noticing changes, and having the courage to ask somebody, you know I’ve noticed you’re not yourself lately.”

The Ohio Department of Health said if someone you know is showing signs of suicide, here are some things you can do: