ODJFS says 90% of jobless claims have been processed, with 10% remaining as pending 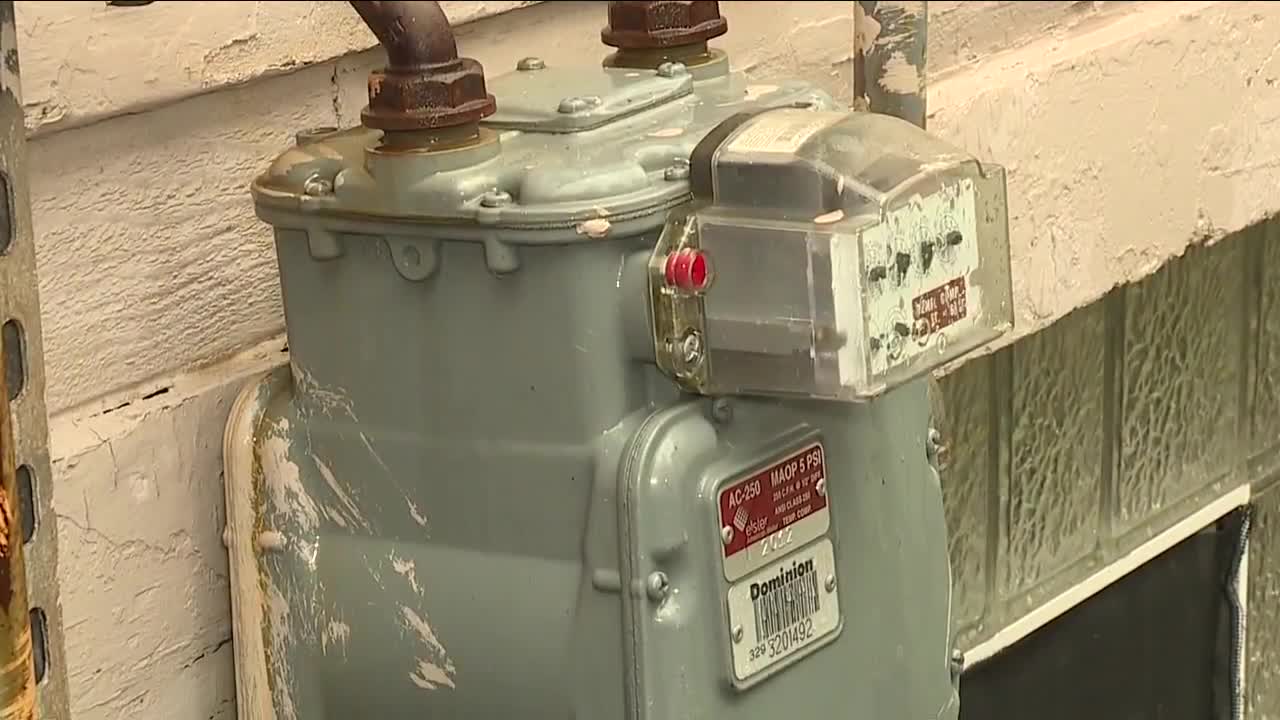 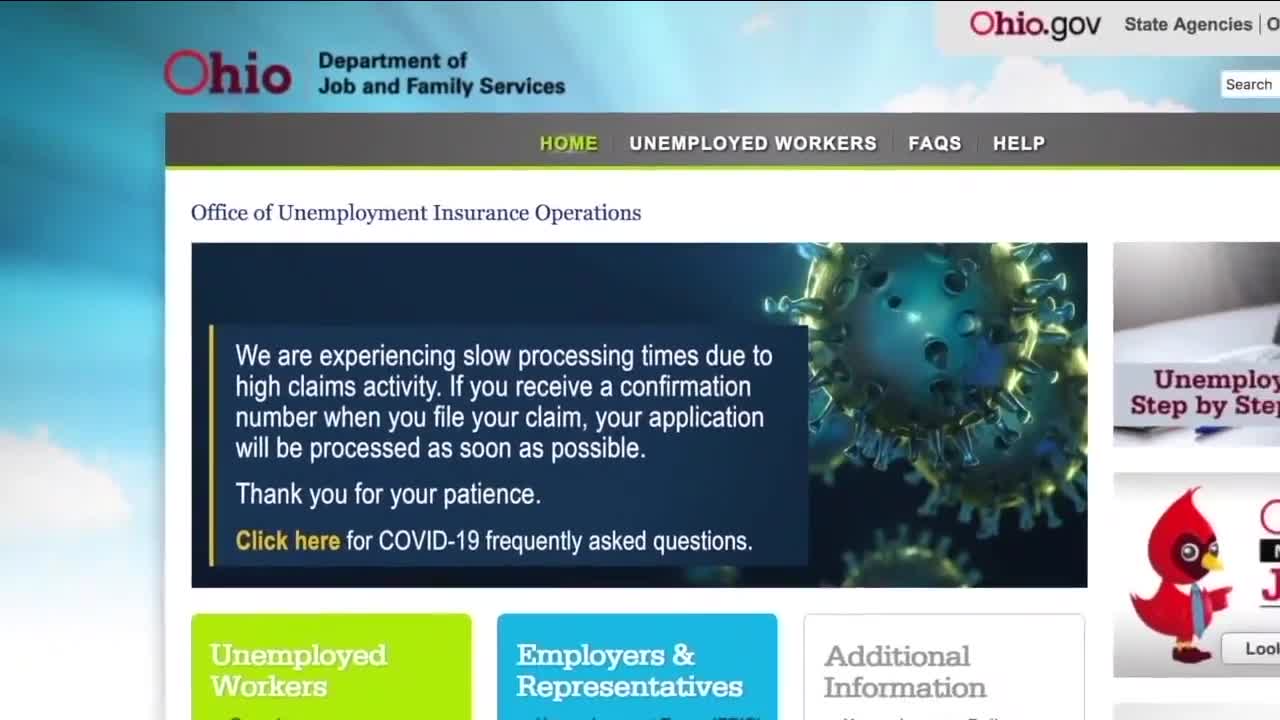 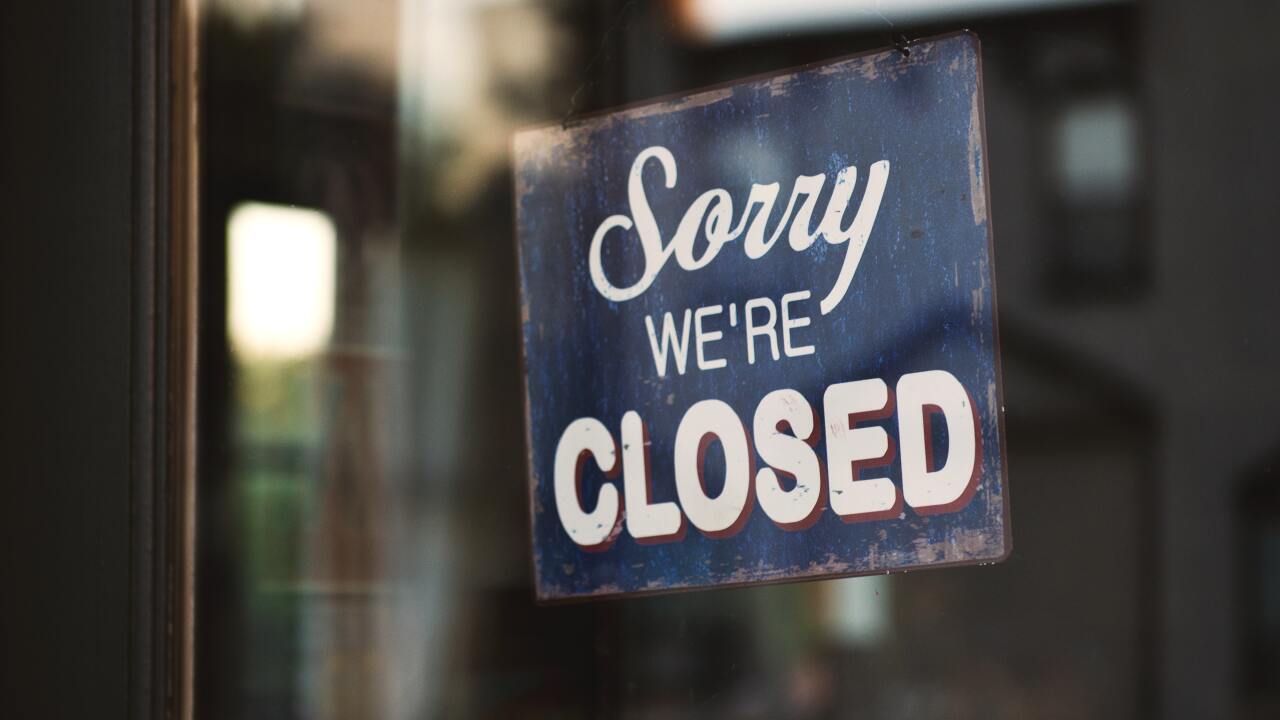 “Initial claims are slowing - meaning newly unemployed or those who have waited for whatever reason, you know, to file initial unemployment claims,” ODJFS Director Kimberly Hall said.

Over the last eight weeks, ODJFS received 1,169,694 jobless claims, which is more than the combined total of those filed during the last three years.

More than $2.4 billion in unemployment compensation payment has been dispersed during that same eight-week period.

Out of the more than one million applications received, ODJFS said 90% of those claims have been processed, with only 10% still listed as “pending.”

Hall says it's still too early to know if the reopening of some industries last week is starting to affect the status of unemployment claims in Ohio. However, she says her department is remaining optimistic.

“It is a little early. I think we will know a lot more by this time in June,” Hall said.

Hall says even this week with some retail businesses being able to reopen, many have not yet in order to properly plan and organize their social distancing efforts. So as officials continue to observe reopening efforts over the next few weeks she anticipates they will have better data. She says the department will have to look at the number of claims being re-filed each week to have a clearer picture of how the unemployment situation is rebounding.

“The weekly claim figure will be the best indicator over time but we need time there over time to see whether weekly claims are coming down, which means that two weeks ago I may have been on, but now I'm reemployed so for that, now I've stopped filing, you know, my weekly claim because I'm back on. So we just need a time for that to bear up,” Hall said.

During the state briefing on Tuesday, Lt. Gov. Jon Husted said it’s hard to say how long the effects of the aftermath of the coronavirus will be on the economy.

“One of the things that we do know is a lagging part of the recovery is hiring people," Husted said. "That’s always the case because employers need to feel confident of their financial situation before they begin the process of bringing people back to work. So we know that hiring will be a slower process it always is. And so it will take quite a while to recover from this economically."

Husted reiterated that the worry now is how to conduct a “smart” reopening of businesses where you keep customers and employees safe while building consumer confidence.

“First things first, Let’s do the health things right. The protocols right. Let’s begin. Continue the stage reopening, and as people build confidence, more of them will go back to work more of them will begin to spend, and then the economy will recover,” Husted said.

All eligible Ohioans will receive their unemployment benefits – and any delays in processing their claims will not reduce the amount received.

The money paid out to unemployed Ohioans comes as little comfort to those still waiting for help.

Almost two months after he was laid off from his job as a dishwasher at Square 22 restaurant in Strongsville, Antoine Wade got his job back this week, ahead of the restaurant's reopening Friday.

"[My boss] said, 'I called you cause I know you needed some financial help, so I wanted to get you started earlier,'" Wade said. "It was beautiful. I went back to work and it was very nice to be back to work."

News 5 first met Wade in April. He had tried for weeks to apply for unemployment with no success in filing a claim or reaching someone to help him by phone.

"It was really dire straits then," Wade said. "I didn’t know what I was gonna do."

This week, Wade was finally able to file a claim, with help from a woman at work who let him borrow her laptop. He doesn't have internet at home and his laptop wouldn't connect to the internet at his workplace. But he doesn't know how long it will take him to get paid for the two months he was out of work.

"I’m kinda behind on my rent, I’m behind on my light and gas and I received some shut off notices," Wade said. "I’ve been sending them $20, $30, whatever I can afford to send them."

Wade is glad to be working again, but unsure how he'll manage financially as he works to get current on his bills. He's not sure how long it will take to receive unemployment, and he hasn't yet received his stimulus check.

"I just hope they rectify the situation as fast as possible," Wade said of the unemployment system.