With many companies exploring the concept of expanding their remote workforces, local business and economic development experts believe Northeast Ohio's qualities may help the region flourish under this cultural shift. 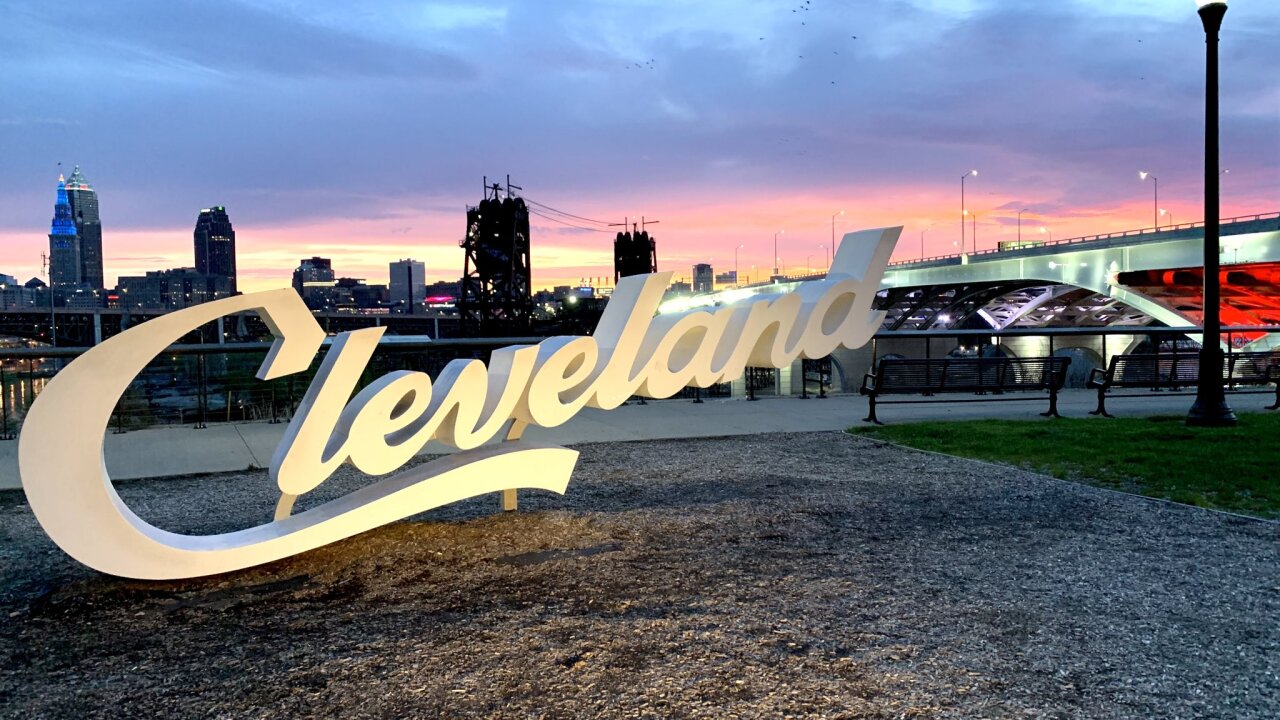 CLEVELAND — From parks to amenities to sports and the low cost of living, Cleveland and Northeast Ohio have numerous qualities that are attractive to new businesses. With many companies exploring the concept of expanding their remote workforces, local business and economic development experts believe those qualities may help the region flourish under this cultural shift.

Major tech companies including Apple, Facebook, Microsoft and Twitter are considering or have already implemented a more robust remote workforce as a result of the COVID-19 pandemic. Earlier this month, San Francisco-based Stitch Fix, an online personal styling service, announced the company would be laying off 2,000 of its California-based employees and, in turn, hiring 1,400 new employees in low-cost locales, including Dallas and Cleveland.

"The remote work trend was already present. Obviously it has been accelerated through this pandemic. We're seeing a tremendous number of folks like both of us sitting at home and doing our work. I think it's here to stay," Goldberg said during a Zoom interview. "I'm starting to hear about this more anecdotally. I have asked friends in the Bay Area that have started to think about doing it. I think people are but I think time will tell."

Deb Janik, the senior vice president of real estate and business development at Greater Cleveland Partnership, the region's chamber of commerce, also believes that the shift to a remote workforce will intensify over the coming months and years. However, the shift, while pronounced, will likely take time as companies look to stabilize their finances after the pandemic halted, and in some cases, eliminated large portions of revenue.

"Those that were already integrating virtual home-based employees just elevated their game even faster. I think we will continue to see a desire to have a portion or a greater portion of their employees working remotely," Janik said. "In this new reality, it's the fastest way to grow and expand and bring new employees into the fold."

Janik said not every industry will adopt the work-from-home model, particularly manufacturing. However, companies in the business of IT, technology, sales and finance could be the most likely to shift to working remotely. Because the greater Cleveland area has numerous amenities, including high-quality parks, access to Lake Erie and a substantially lower cost of living in comparison to cities on the east and west coasts, the region could be positively impacted by the cultural shift.

"San Francisco, in particular, is such an expensive place to live and if large tech companies would be amenable for folks to live in cities like Cleveland and do their work, this may be the moment," Goldberg said. "I think you may see a lot more folks boomeranging back because of the cost of living. I think this could be Cleveland's moment in terms of attracting talent back. The brain drain issue for cities like Cleveland and others in the industrial Midwest has been an issue for a long time."

"How difficult is it? There was fierce competition prior to all what we've been experiencing the past 12 to 16 weeks. That competition is only going to grow," Janik said. "Markets become saturated as to how many employees are within your 50, 100, 150-mile radius that actually are in that workspace. When you imagine being able to go farther out working remotely, in Ohio and in Greater Cleveland, now you have a greater opportunity to bring on new employment."

The potential opportunities also present serious quandaries that state and local officials will have to sort through, namely municipal income taxes.

Under state law, most employees of mid-to-large sized companies that generate more than $500,000 a year in sales have to pay income taxes to the city where they perform the majority of those duties. In most cities, that income tax revenue is used to fund police and fire departments, as well as other essential services. However, state law also stipulates that exceptions are possible for employees that work remotely more than 20 days a year. After the first 20 days of working remotely, those employees would instead pay income taxes to the municipality that they live in.

For example, if an employee began working from their home in Parma instead of their employer's Cleveland office, that employee would pay income taxes to Parma after the first 20 days.

Ohio's major cities, including Cleveland, Cincinnati and Columbus would be the hardest hit. Prior to the COVID-19 pandemic, Cleveland city leaders anticipated that income tax collections would exceed $440 million in 2020. That number has been revised to be in the range of $400 million.

State lawmakers passed emergency legislation earlier this year that temporarily allows municipalities to collect income taxes from companies as if their employees were still working from the office. However, that legislation expires 30 days after Governor Mike DeWine's emergency declaration is lifted.

Janik said it is growing increasingly more important for local, state and business leaders to address this issue on a permanent basis. The review of the municipal income tax laws may also present an opportunity to help the region and state better market itself to companies switching to remote working, Janik said.

"It can be used both as a tool to attract and retain. It can certainly be used as a tool as it relates to the cost of living," Janik said. "We have to be competitive in how we market the community, how we market the region and the state. That has to occur in a multi-faceted partnership."