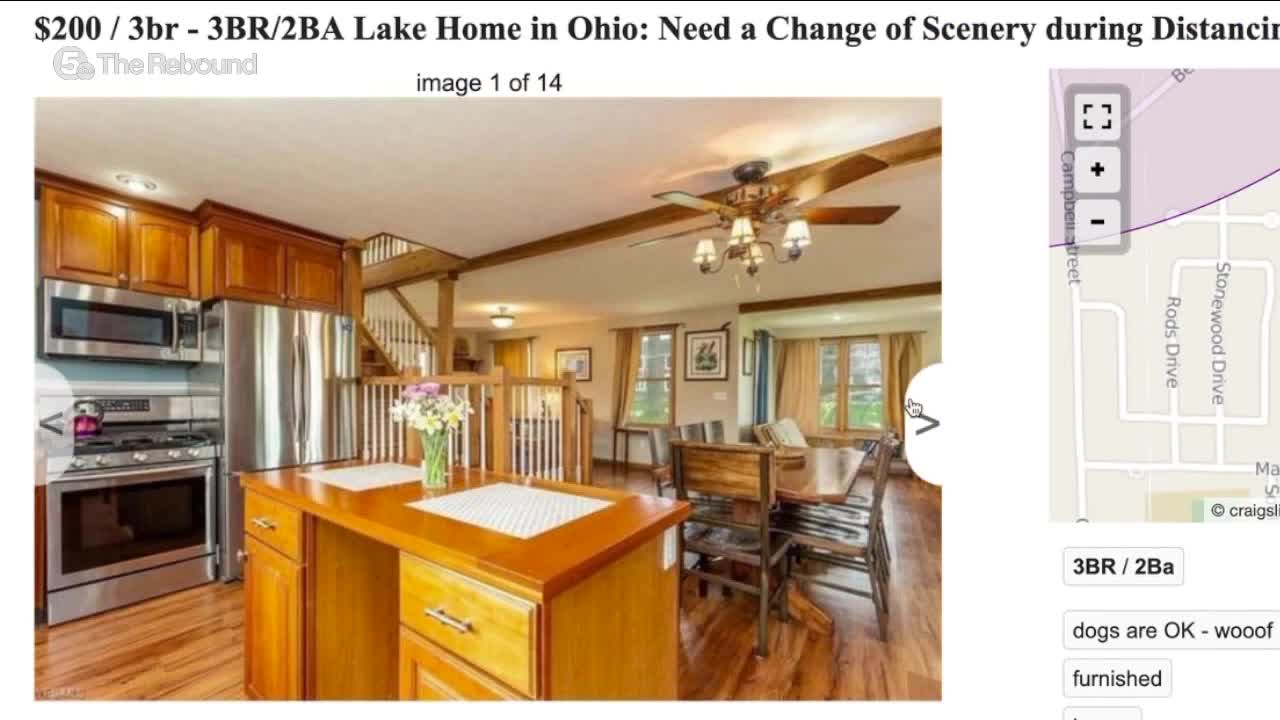 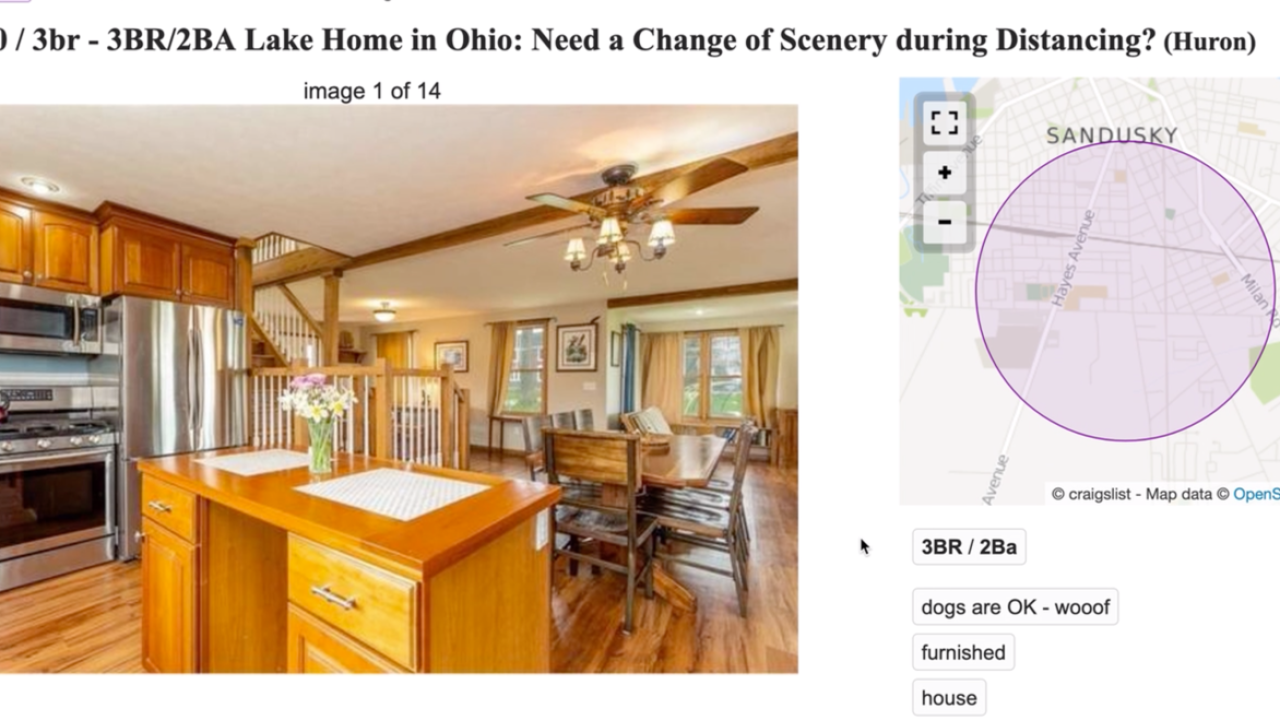 CLEVELAND — During this COVID crisis, some people just want to get away and vacation with their families. However, this story is about how local homeowners were targets of fake ads, criminal impersonation and one big nightmare.

However, he said the listed owners couldn’t answer basic questions about the home or the lake. “But if you ever brought up putting a deposit down or anything else like that, they were quick to respond,” he told us.

Al and his family thought something was wrong. They did some research to find the real owner. “She was taken aback that someone was impersonating her,” Al said.

The homeowner, Marcy Barkema, said the Craigslist ad was “copied to the T. So, it looks absolutely legitimate. Criminals had cut, pasted, and put her VRBO ad onto Craigslist, then pretended to be Barkema.

She says "anyone else" because a family from the Cincinnati area fell for the scam. They even showed up to Barkema’s vacation home just a few weeks ago.

“They walk up on the doorstep to find out that they’re already people in the home,” said Barkema.

“It’s just crazy,” said Barkema’s friend and neighbor Stephanie Metcalf. This summer she had not one, but two homes that crooks copied from VRBO and placed onto Craigslist. “I think it’s absolutely ridiculous that they’re allowing someone to post on their platform,” said Metcalf.

Both Barkema and Metcalf told us they contacted Craigslist many times to have the ads taken down. “I don’t know how many flags or how many times you have to contact them before it is actually taken down.,” said Barkema.

5 On Your Side Investigators thew up yet another flag by contacting the company. Within 24 hours, the ads were taken down. “I can’t tell you how thrilled I am that people are not going to be taken advantage of,” said Barkema.

We asked Craigslist and asked why it didn’t take the ads down earlier. We got not response. Why it takes a television station to contact it to get things done, we’re not sure.

“You don’t want this to happen to anybody else because it’s just a shame,” said Al.

Your fight is our fight. Email the 5 On Your Side Investigators at InvestigatorTips@WEWS.com.