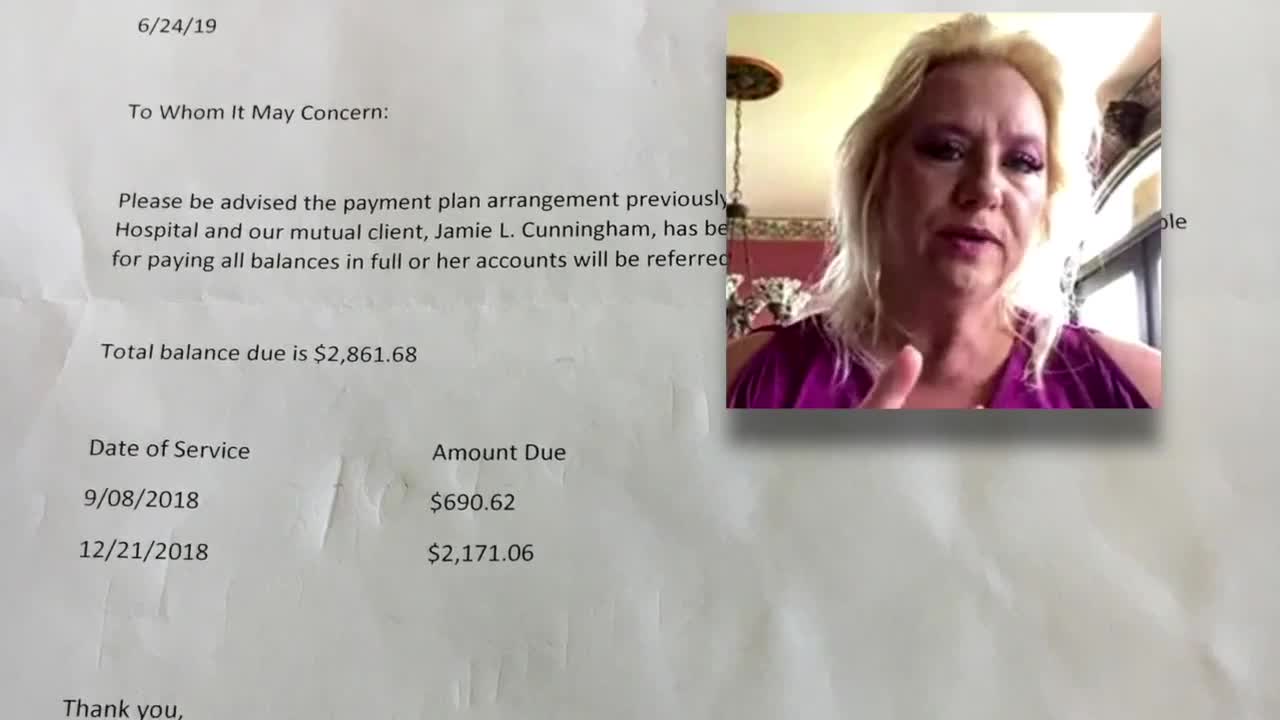 During this pandemic, so many people have lost their jobs and, in turn, lost their employer-based health insurance. People are looking for insurance alternatives. 5 On Your Side Investigators have found hundreds of complaints against one company based in our area, and there’s been a warning issued as you try to rebound from the coronavirus. 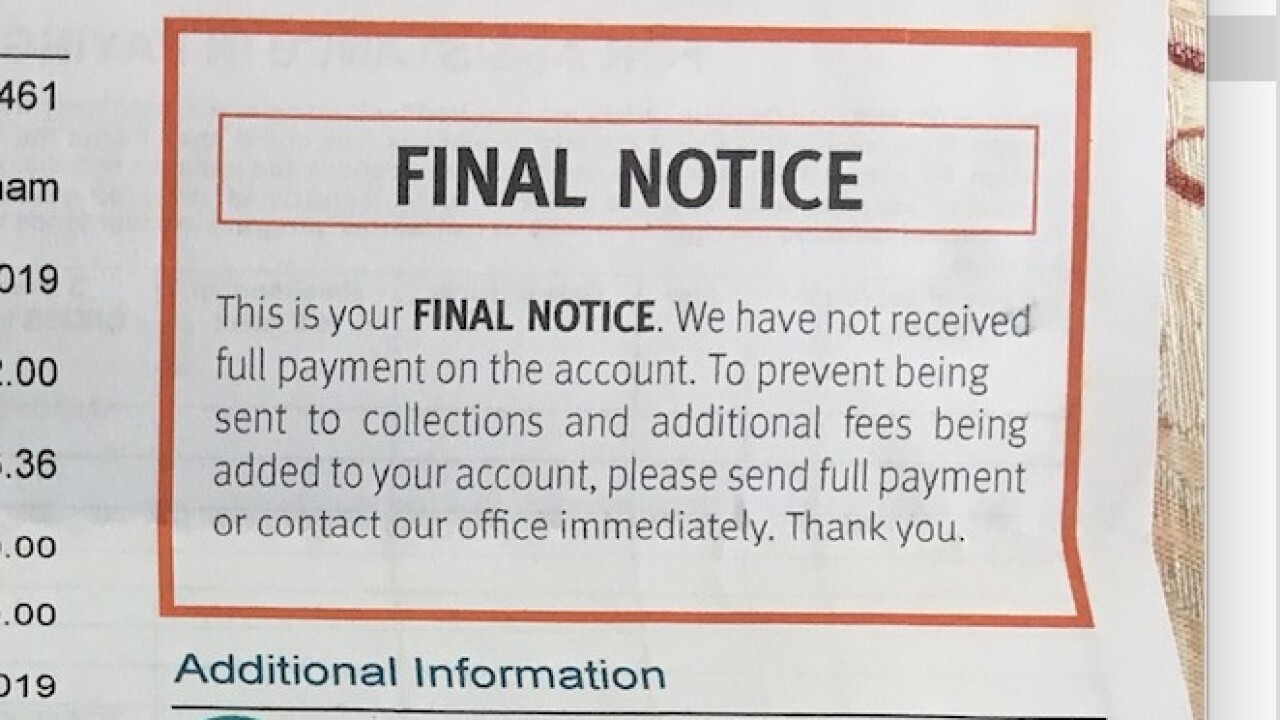 CLEVELAND — During this pandemic, so many people have lost their jobs and, in turn, lost their employer-based health insurance. People are looking for insurance alternatives. 5 On Your Side Investigators have found hundreds of complaints against one company based in our area, and there’s been a warning issued as you try to rebound from the coronavirus.

“It’s extremely aggravating. It’s like a punch to the face,” said Rob Wilkerson from Norwalk. He and his wife Lisa told us they signed up with Liberty Healthcare about five years ago. In the beginning, they said bills were covered and costs were fair. However, something happened.

They told us as they paid their premiums, Liberty Healthshare, based in Canton, was not paying the Wilkerson’s medical bills and customer service was terrible. “The biggest aggravation with them is they don’t pick the phone up and call you,” said Rob.

The Wilkersons are not alone.

“I kept hearing different answers every time I would call to speak to them,” said Jamie Cunningham from Van Buren, OH. She said she joined in 2017, but a year later found herself on the phone for hours, jumping through claim hoops, and not getting her billing problems solved.

“I have received two new bills from services that were over a year ago that I thought was totally paid for,” said Cunningham.

She and the Wilkersons are a part of the nearly 170 complaints filed with the Ohio Attorney General’s Office against Liberty Healthshare. Gale Williams from new Hampshire is in there, too.

“We’re still waiting for the check. They said it’s in the mail,” Williams told us.

Not only that, but the Better Business Bureau has an alert on Liberty Healthshare. There are lots and lots of negative reviews and nearly 800 complaints filed against the company.

“82% of those…so well over 600 have been filed within the past 12 months,” said Amanda Tietzem, VP of Operations at the Canton BBB.

We contacted Liberty Healthshare. Company representatives declined our interview request. They did send a statement that reads, in part, that some people don’t “understand how sharing works. This leads to frustration…” and that it has “…addressed and resolved” complaints. The statement reads “…the number of complaints is actually quite low” when you compare it with all of the billing transactions the company does.

However, the people we interviewed told us the company now says it won’t pay bills for 180 days. That’s six months, a timeframe that could find some of the bills heading straight to collections.

“A lot of these consumers they do state in their complaint that they are getting collection calls,” said Tietze.

So, if you’re looking for new insurance options, the BBB and former Liberty Healthshare members said do thorough research.

“I would definitely not recommend Liberty,” said Cunningham.

“I guess the old adage: if it looks too good to be true, it usually is,” said Williams.

The Canton BBB said health insurance contracts can be tricky, so make sure you read through everything carefully and ask questions if you don’t understand something before you sign up.

We appreciate the opportunity to respond to your request.

Liberty HealthShare is a health care sharing ministry which facilitates the sharing of medical needs among its members, who are self-pay patients. Every month the members’ sharing dollars are put toward medical expenses that have been submitted and are eligible to be shared according to the sharing guidelines. Once the sharing funds are expended, any bills not yet shared are rolled over to the next month.

Liberty HealthShare has not increased monthly share contribution since 2018. As healthcare costs continue to rise, sharing dollars do not go as far, which increases the length of time for bills to be shared. Most of our members understand the practice and enjoy being part of a health care sharing community. Unfortunately, some of those who join our ministry view healthsharing as an inexpensive form of insurance rather than a community of members interested in bearing one another’s burdens. Despite our best efforts, they do not recognize they are self-pay patients nor do they understand how sharing works. This leads to frustration and has been the source of complaints, which we have addressed and resolved. We continue to expand our efforts to educate potential members and current members about health care sharing to prevent concerns from happening in the future.

Liberty HealthShare is proud to have a membership comprised of over 80,000 households and a total of more than 200,000 individuals. In 2019, Liberty HealthShare helped to facilitate the savings of $635 million dollars off of members’ medical bills. In 2020 so far, that savings amounts to $263 million dollars. To give some context to your mention of the number of complaints, since the beginning of this year, Liberty HealthShare helped to facilitate the sharing of over 274,000 medical bill transactions amounting to more than $140 million dollars. Comparatively speaking, the number of complaints is actually quite low, however every member’s issue is important to us. Our current sharing timeline is beyond what we would prefer, and we are actively working to shorten the time frame which we will do with input from our members.