After years of being shunned by the NBA, Seattle gains NHL franchise 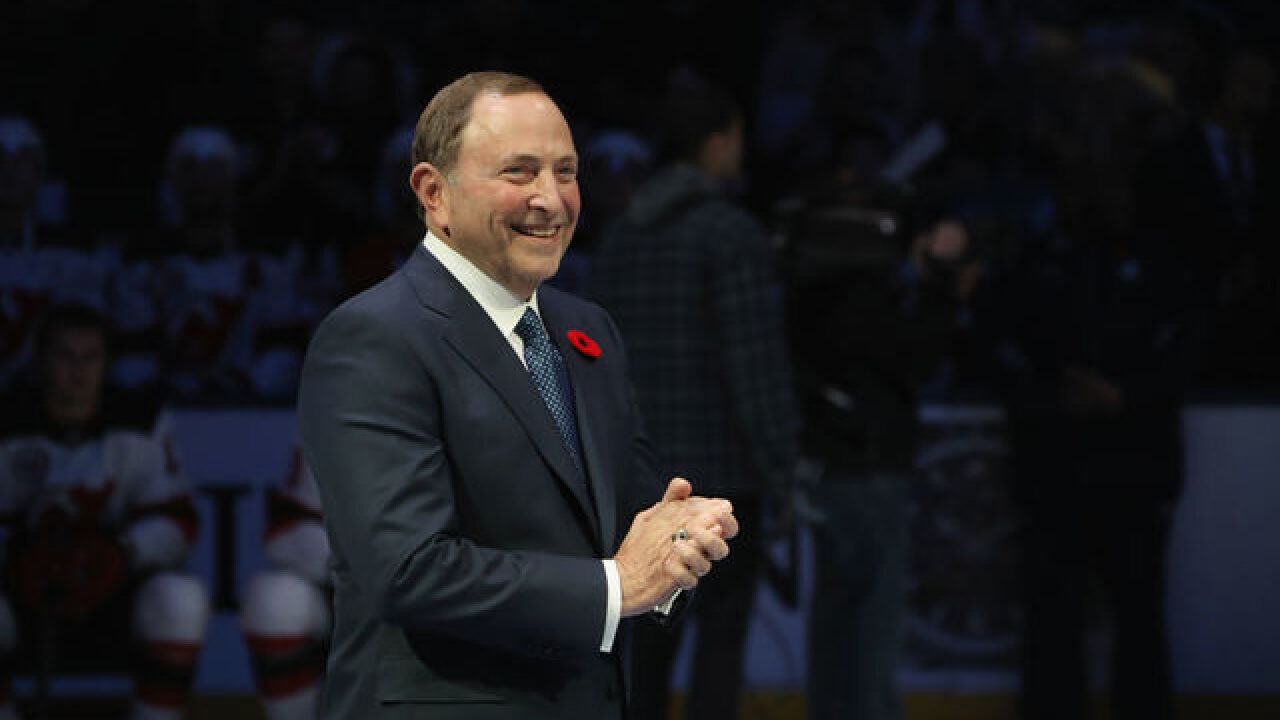 Copyright Getty Images
Bruce Bennett
<p>TORONTO, ONTARIO - NOVEMBER 09: NHL Commissioner Gary Bettman is introduced to fans during a pregame ceremony for the Hockey Hall of Fame prior to the Toronto Maple Leafs taking on the New Jersey Devils at the Scotiabank Arena on November 09, 2018 in Toronto, Ontario, Canada. (Photo by Bruce Bennett/Getty Images)</p>

Since the Seattle SuperSonics left the city in 2008, there has been a void of pro sports in the winter in Seattle. More than a decade after the NBA's SuperSonics left Seattle to become the Oklahoma City Thunder, Seattle will host the 32nd NHL franchise.

Commissioner Gary Bettman formally announced on Tuesday that Seattle will gain an NHL franchise, and play at the same location the SuperSonics used to call home.

KeyArena, which will be renamed Seattle Center Arena, will be rebuilt using $800 million of private funds. The new arena will seat 17,400.

Seattle's ownership group, led by David Bonderman, paid an expansion fee of $650 million to the NHL.

"We believe it'll be one of the finest arenas in the world," NHL Seattle CEO Tod Leiweke said.

The addition of Seattle to the NHL not only brings the league to 32 teams, it also creates a better geographical balance for the league.

A team in Seattle evens the number of teams in our two conferences, brings our geographic footprint into greater equilibrium and creates instant new rivalries out west, particularly between Seattle and Vancouver," Bettman said.

Despite an original goal of beginning play in 2020, Seattle ownership it will wait until 2021 before fielding a team.