Antonio Brown released by the Raiders following a turbulent week 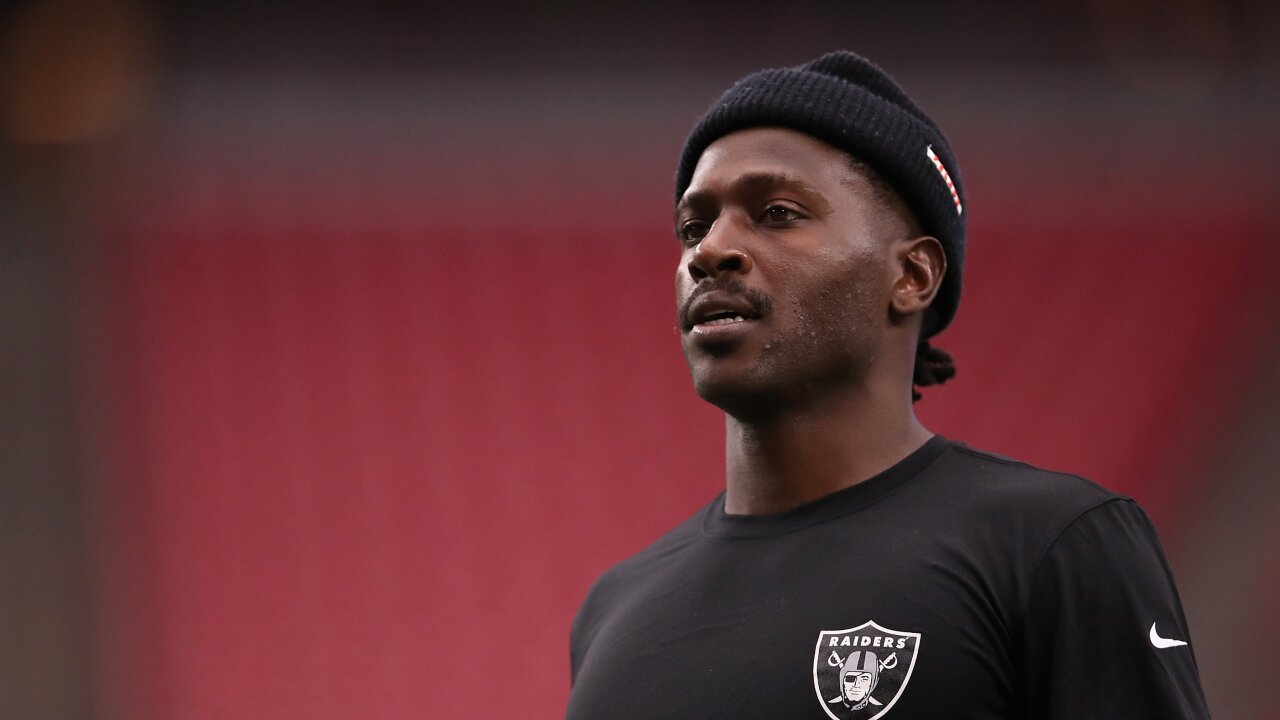 His departure comes a day after he apologized at a team meeting for getting into a nonphysical altercation Wednesday with Raiders general manager Mike Mayock.

Following Friday's team practice, Raiders head coach Jon Gruden had said, "Antonio is back today ... We're really excited about that. We're ready to move on. He's obviously had a lot of time to think about things. We're happy to have him back, and I know Raider nation is excited about that too."

But Brown on Saturday morning posted a message to the Raiders on his Instagram page asking the team to release him. An image on the post read, "You are gonna piss a lot of people off when you start doing what's best for you."

In the caption, Brown wrote, "I have worked my whole life to prove that the system is blind to see talent like mines. Now that everyone sees it, they want me to conform to that same system that has failed me all those years...Release me."

Brown had been set to play in Oakland's Monday night game against the Denver Broncos.

His dramatic exit caps off a turbulent few days for the Raiders and Brown.

Brown was not at the team facility on Thursday, Mayock said that day. The team did not say why or whether he was being disciplined.

"Antonio Brown is not in the building today," Mayock told reporters Thursday. "He won't be practicing. I don't have any more information for you right now. And when I have some, and it becomes appropriate, you guys will all get it, I promise you. But that's it for today."

The Raiders' injury report shows that Brown did not participate in practice Thursday with the description as: "Not injury related - conduct."

Brown took to Instagram Wednesday, posting a letter purportedly from Mayock informing him he has been fined close to $54,000 by the team for missing time during preseason training camp.

Mayock was frustrated Brown posted the letter, according to NFL Network's Ian Rapoport , who cited sources familiar with the situation.

The two also got into a heated exchange on the practice field, which was witnessed by other players, Rapoport also reported, noting things did not get physical.

Brown and Mayock were in an argument during Wednesday's practice, ESPN's Josina Anderson also reported. The confrontation stemmed from Brown's Instagram post, ESPN's Adam Schefter was first to report.

Brown's representatives also did not immediately respond Thursday to CNN's request for comment.

Gruden on Thursday said he would not get into Brown's situation.

"I'm emotional about it, hope you understand why," Gruden said at the time. "I think a lot of this guy, I think Antonio is a great receiver, and I think deep down, I think he's a really good guy. So I'm frustrated. I'm not going to say any more about it. Hope it all works out. But I don't have anything official to say about anything else until I get all the facts, and that's what I'm going to do."

Brown, who is in his 10th NFL season, missed time during training camp while he recovered from frostbite on his feet from doing cryotherapy -- and while he was appealing to the NFL to use the same helmet he has used his entire career.

The problem: His preferred helmet was one of the older models that had been banned by the NFL and the NFL Players Association beginning this season to improve player safety.

He filed two grievances, losing both.

Brown on Wednesday announced he will use a Xenith Shadow helmet this season.