The Vegas Golden Knights are currently one of the best teams in the NHL and have suffered very few losses on the ice this season, but that isn't stopping the Army from trying to hand them a huge loss in the courtroom.

The Department of the Army has officially filed an opposition to the Golden Knights name with the United States Trademark and Patent Office.

Rumbling of this opposition has been going on for quite some time.

The Army believes that the team's logo and the name is a direct reflection of its U.S. Army Parachute team.

The Army also produced several quotes showing that Golden Knights owner Bill Foley, a West Point graduate, patented many aspects of the team after the Army and their units.

These quotes won't be the deciding factor in whether the Golden Knights lose their trademark and are forced to change their name, but it does strengthen the Army's case. The NFL's Jacksonville Jaguars went through a similar process in the 90s.

Despite the notice of opposition, the Golden Knights don't seem to be overly concerned about losing their trademark. They released this statement following the Army's opposition.

Las Vegas fans have fully embraced the team and merchandise showcasing the team's name and logo floods the city. A change in branding will force many fans to ditch their apparel for the updated gear, which could be a lot to ask of a developing fan base.

The Golden Knights have until Feb. 19 to respond to the notice of opposition and according to SportsLogos.net, the process can take up to two years to reach a conclusion. 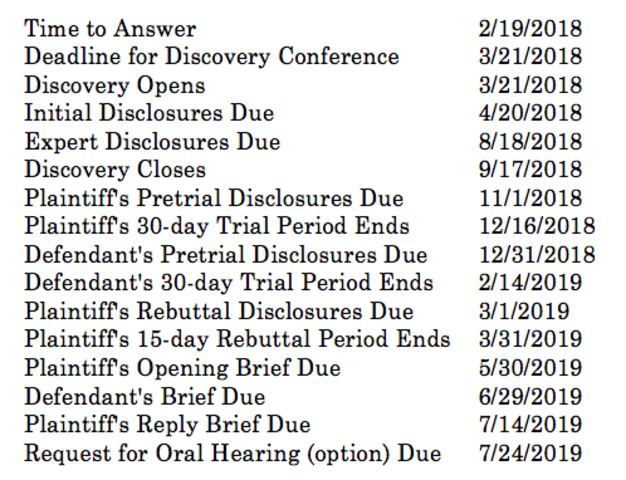