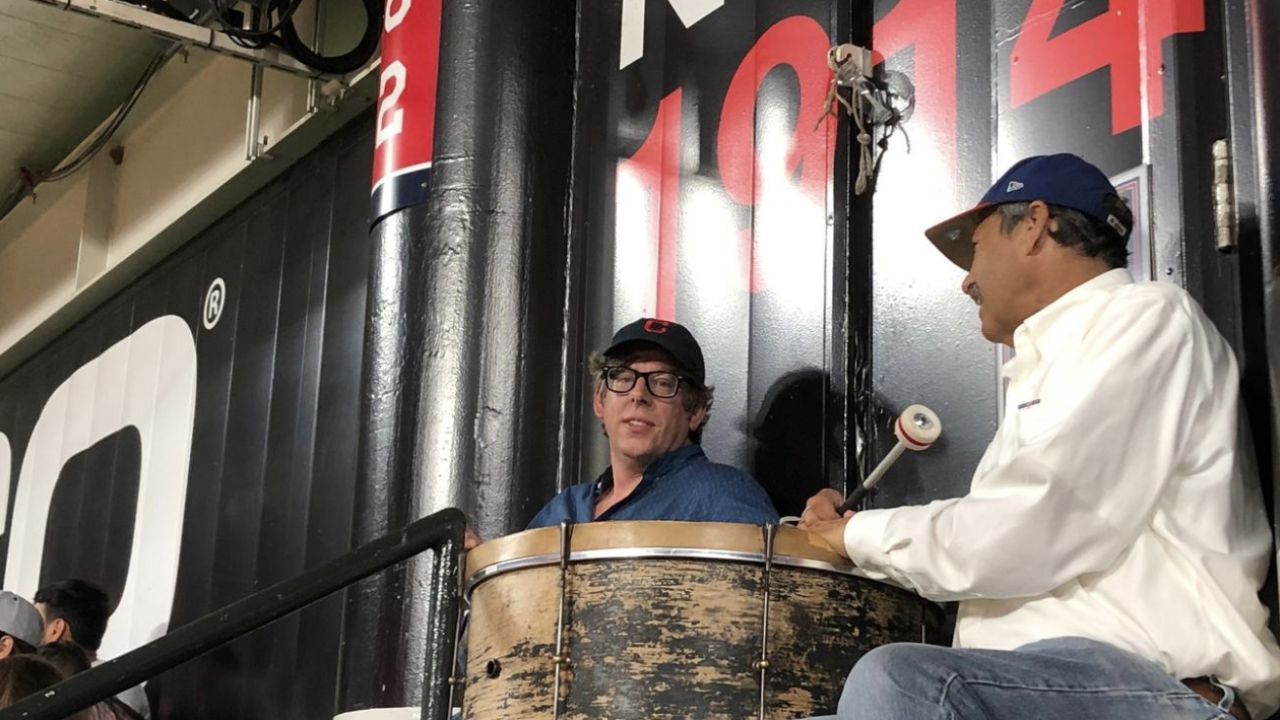 CLEVELAND — Black Keys drummer Patrick Carney joined John Adams for some tandem drumming in the bleachers during the Indians game against the Chicago White Sox.

Carney was there at Progressive Field on Monday night, celebrating his father’s 70th birthday.

Adams, a dedicated Indians fan, has played his bass drum in the bleacher seats during Indians home game for decades.

On Twitter, Carney said the amount of joy he receives being a fan of baseball and the Indians "isn't something I can explain easily."

Thank you for having my family and I. The amount of joy we receive being fans of Baseball and the Indians isn’t something I can easily explain. #gotribe ❤️ https://t.co/OXsVuuSmWT

A view from the press box captured by Ryan Lewis, the Indians beat writer for Ohio.com, showed Carney beating the drums on the Jumbo Tron.

The Black Keys, formed in Akron in 2001, have released eight studio albums, winning six Grammy Awards and have headlined festivals including Coachella, Lollapalooza and Governors Ball.