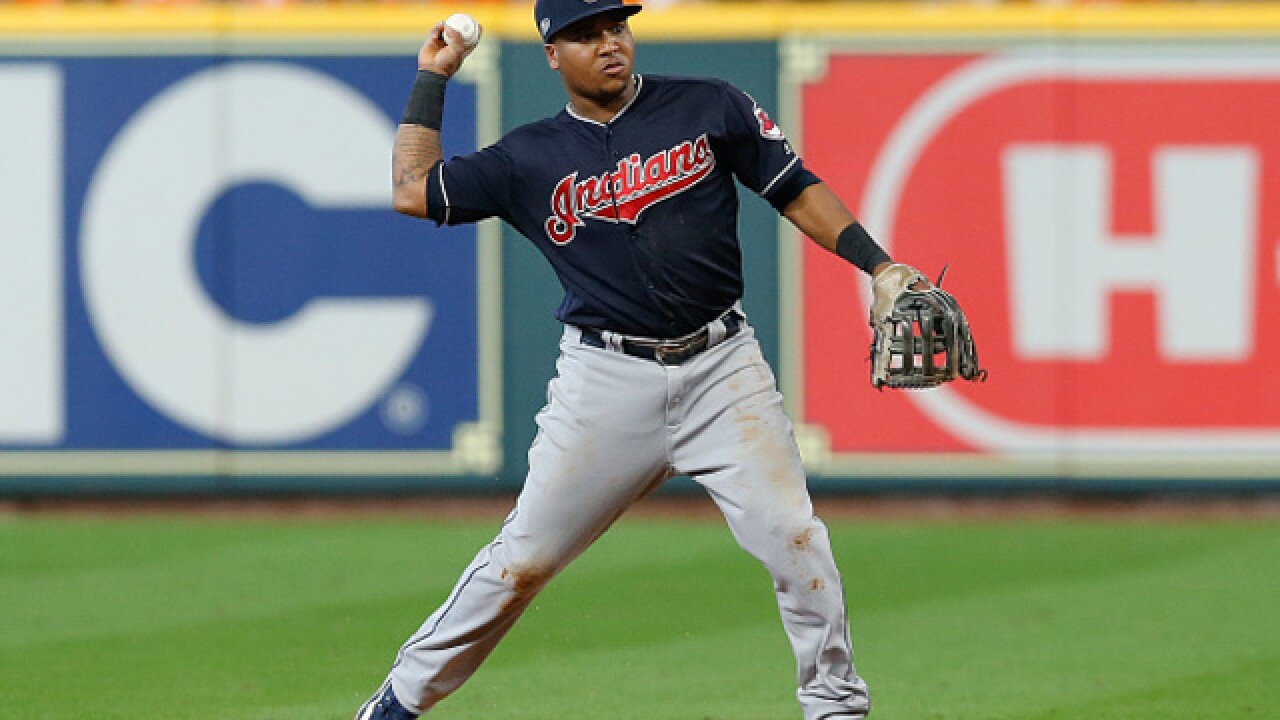 Copyright 2018 Scripps Media, Inc. All rights reserved. This material may not be published, broadcast, rewritten, or redistributed.
Tim Warner
<p>HOUSTON, TX - OCTOBER 06: Jose Ramirez #11 of the Cleveland Indians throws out a runner at first base against the Houston Astros during Game Two of the American League Division Series at Minute Maid Park on October 6, 2018 in Houston, Texas. (Photo by Tim Warner/Getty Images)</p>

Boston’s Mookie Betts and Milwaukee’s Christian Yelich were runaway winners of the Most Valuable Player awards after the 26-year-old outfielders each led their teams to first-place finishes with dominant seasons that included batting titles.

Los Angeles Angels outfielder Mike Trout, a two-time MVP, followed with one first-place vote and 265 points. Trout tied the record of four second-place finishes shared by Stan Musial, Ted Williams and Albert Pujols. Trout won in 2014 and 2016; was finished second in ’12, ‘13 and ’15; and was fourth in 2017.

Cleveland third baseman Jose Ramirez was third with 208 points, and Red Sox designated hitter J.D. Martinez was next with one first and 198 points.

Betts hit a major league-leading .346 with 32 homers, 80 RBIs and 30 stolen bases as the leadoff hitter for the Red Sox, who won a team-record 108 games and their fourth World Series title in 15 seasons. Votes were submitted before the postseason.

Both batting champions won MVP awards for the first time since San Francisco’s Buster Posey and Detroit’s Miguel Cabrera in 2012.

Acquired from the payroll-paring Miami Marlins about a month before spring training, the 26-year-old Yelich won the first batting title in Brewers history with a .326 average. He set career highs with 36 homers and 110 RBIs and had a 1.000 OPS.

Yelich nearly became the NL’s first Triple Crown winner since Joe Medwick in 1937, finishing two homers shy of Arenado and one RBI back of Baez. Yelich was especially impressive in the second half, hitting .367 with 25 homers and 67 RBIs — including 11 homers in August and 10 in September.

Milwaukee reached the playoffs for the first time in seven years, swept Colorado in the Division Series then lost to the Los Angeles Dodgers in a seven-game League Championship Series, falling one win short of its first World Series appearance since 2002.