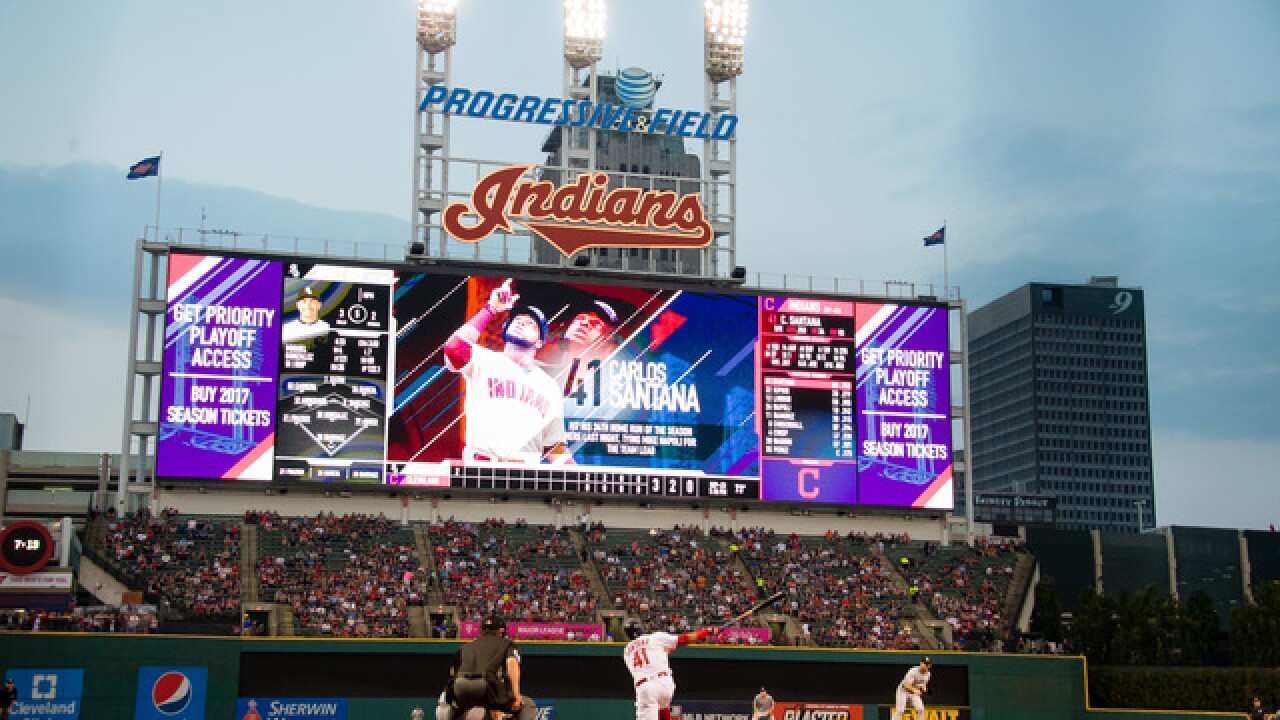 Copyright 2017 Scripps Media, Inc. All rights reserved. This material may not be published, broadcast, rewritten, or redistributed.
Jason Miller
CLEVELAND, OH - SEPTEMBER 23: Carlos Santana #41 of the Cleveland Indians hits a single during the first inning against the Chicago White Sox at Progressive Field on September 23, 2016 in Cleveland, Ohio. (Photo by Jason Miller/Getty Images)

CLEVELAND — The Cleveland Indians announced Friday that they have initiated discussions regarding the possibility of changing the team’s name.

The Indians issued a press release Friday evening regarding their plans to discuss the team name.

We are committed to making a positive impact in our community and embrace our responsibility to advance social justice and equality. Our organization fully recognizes our team name is among the most visible ways in which we connect with the community.

We have had ongoing discussions organizationally on these issues. The recent social unrest in our community and our country has only underscored the need for us to keep improving as an organization on issues of social justice.

With that in mind, we are committed to engaging our community and appropriate stakeholders to determine the best path forward with regard to our team name.

While the focus of the baseball world shifts to the excitement of an unprecedented 2020 season, we recognize our unique place in the community and are committed to listening, learning and acting in the manner that can best unite and inspire our city and all those who support our team.

In an ongoing poll on Twitter, 32% of voters have said the Indians should change their name while 68% of people have said they shouldn’t.

Question: Do you think the #Indians should change their name?

The Indians' name discussions come on the heels of another team conducting a review of their team name, this one in the National Football League.

The Washington Redskins announced Friday that they are conducting a "thorough review" of the team's nickname — a day after two major corporations with ties to the team indicated that they'd like to see the name changed.