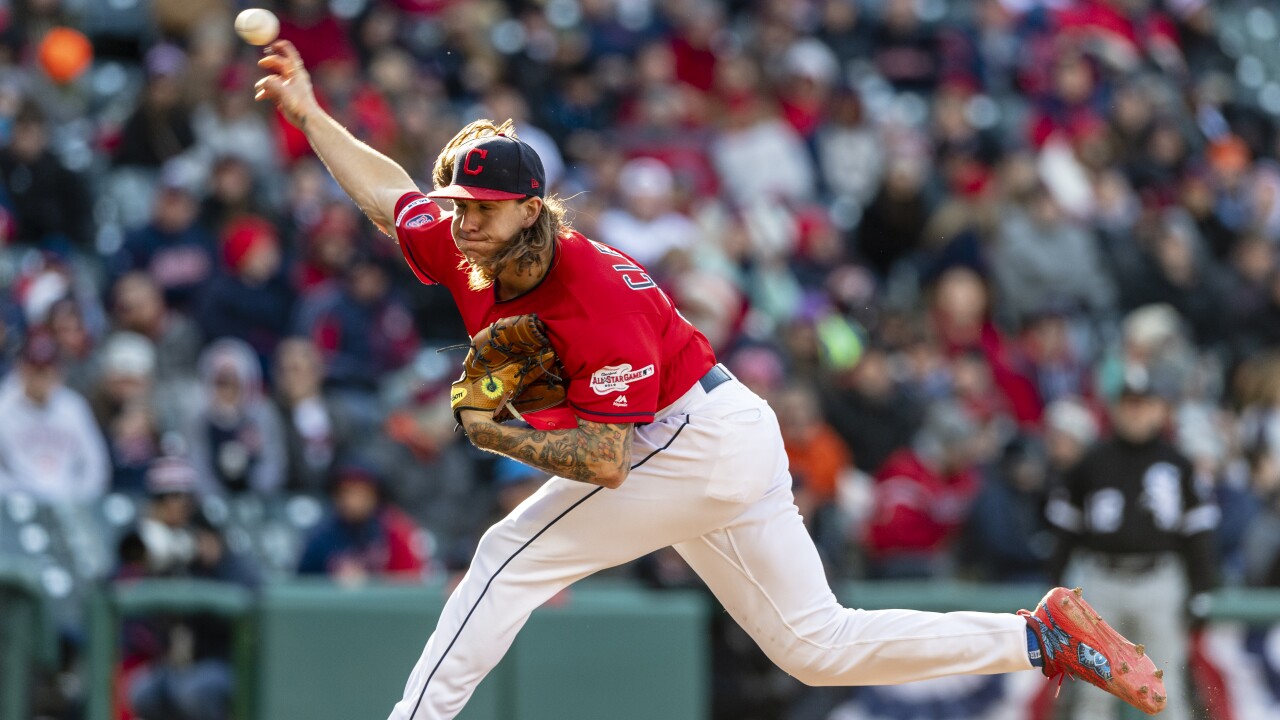 CLEVELAND — Cleveland Indians pitcher Mike Clevinger was named the American League Pitcher of the Month for August, according to an Indians news release.

This is the first time Clevinger has won the award.

The last Indians pitcher to win the award was Corey Kluber, who won in June, August and September during his 2017 Cy Young Award-winning campaign.

Clevinger has had a perfect record his last five starts with 51 strikeouts, 11 walks and a 1.96 ERA over 36.2 innings pitched.

He had his best start of the month on August 29 at Detroit after pitching eight shutout innings.

Clevinger has his 500th career strikeout on August 24 against the Kansas City Royals.

The award-winning pitcher will get his next start Tuesday against the Chicago White Sox.