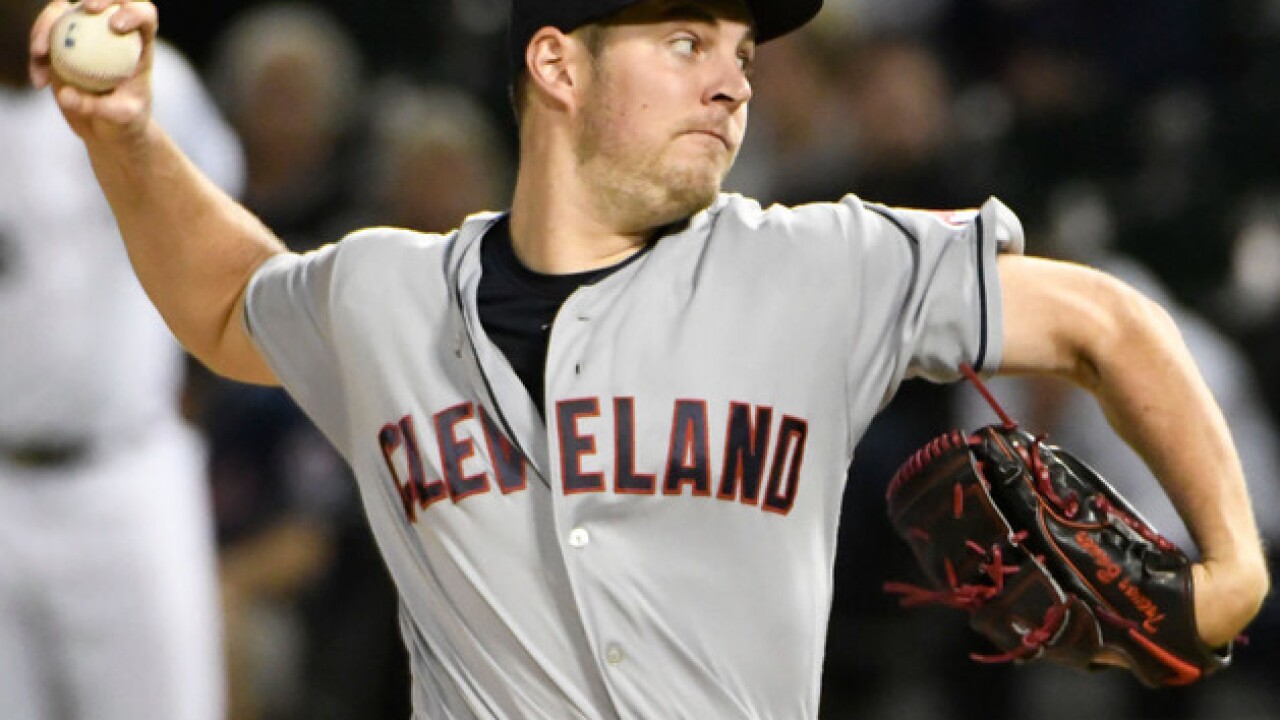 Copyright 2018 Scripps Media, Inc. All rights reserved. This material may not be published, broadcast, rewritten, or redistributed.
David Banks
<p>CHICAGO, IL - SEPTEMBER 25: Trevor Bauer #47 of the Cleveland Indians pitches against the Chicago White Sox during the first inning on September 25, 2018 at Guaranteed Rate Field in Chicago, Illinois. (Photo by David Banks/Getty Images)</p>

October is only a week away, and the MLB has just released its playoff schedule.

The Cleveland Indians will face the reigning World Series champions in the first round.

Houston will get home field advantage to start the American League Division Series first round.

Game one will take place Friday, October 5, with game two the next day.

The Tribe will bring the series back to Cleveland, with game three scheduled for October 8.