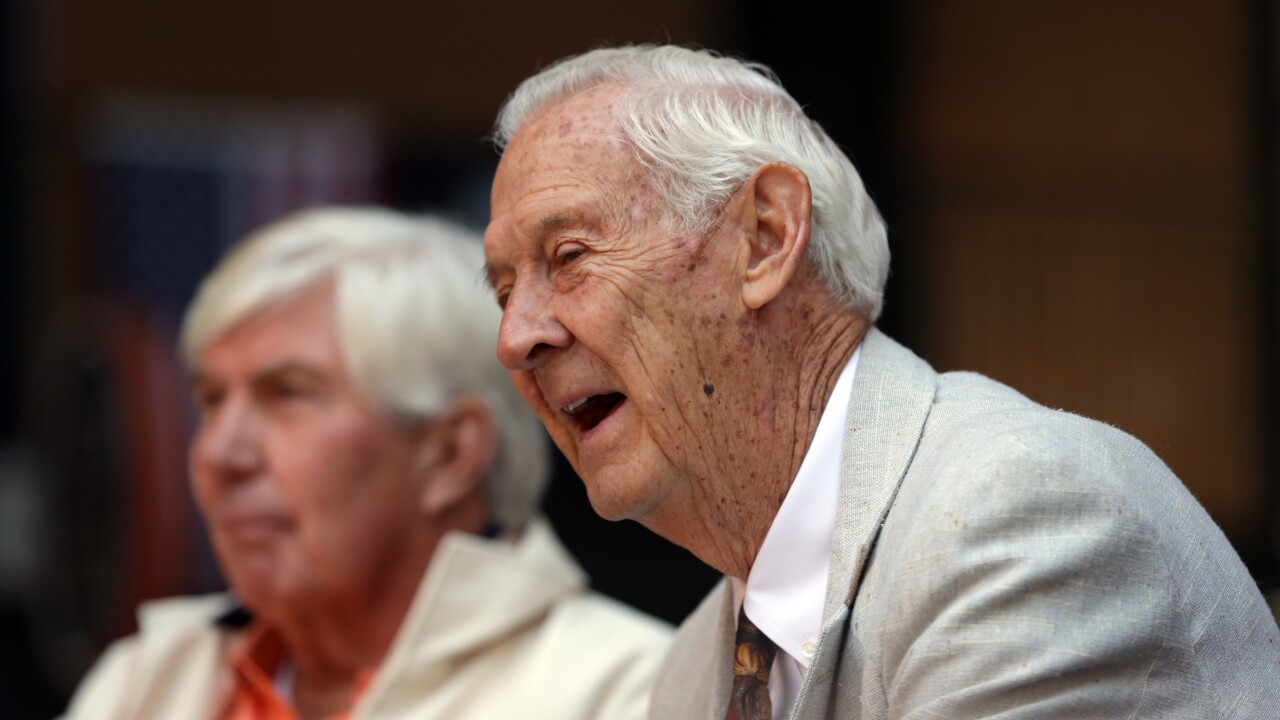 Carlos Osorio/AP
Hal Naragon, a coach with the 1968 Detroit Tigers World Series team is seen during a ceremony to honor the team before the Detroit Tigers and the Minnesota Twins baseball game in Detroit, Saturday, May 25, 2013.(AP Photo/Carlos Osorio)

“The Indians family is deeply saddened by the passing of Hal Naragon. He will be remembered as a true gentleman, a great teammate and coach. Hal put the 'magic' in Barberton,'” said Bob DiBiasio, Indians senior vice president of public affairs.

Naragon was born in Zanesville Ohio and went to high school in Barberton. He signed with the Indians in 1947 and made his debut in 1951. Later, he took a break from baseball to serve in the United States Marine Corps.

After returning from the service, Naragon joined the “juggernaut” 1954 club that won 111 games and had three hall of fame pitchers, according to the team.

In 1959, he was traded to Washington. He retired as a player in 1962 while playing for the Minnesota Twins.

Naragon would go on to coach the Twins and then the 1968 World Champion Detroit Tigers.

Today, Barberton High School honors players with the Hal Naragon Award and the school’s field is named after him.

You can view Naragon's stats, here.