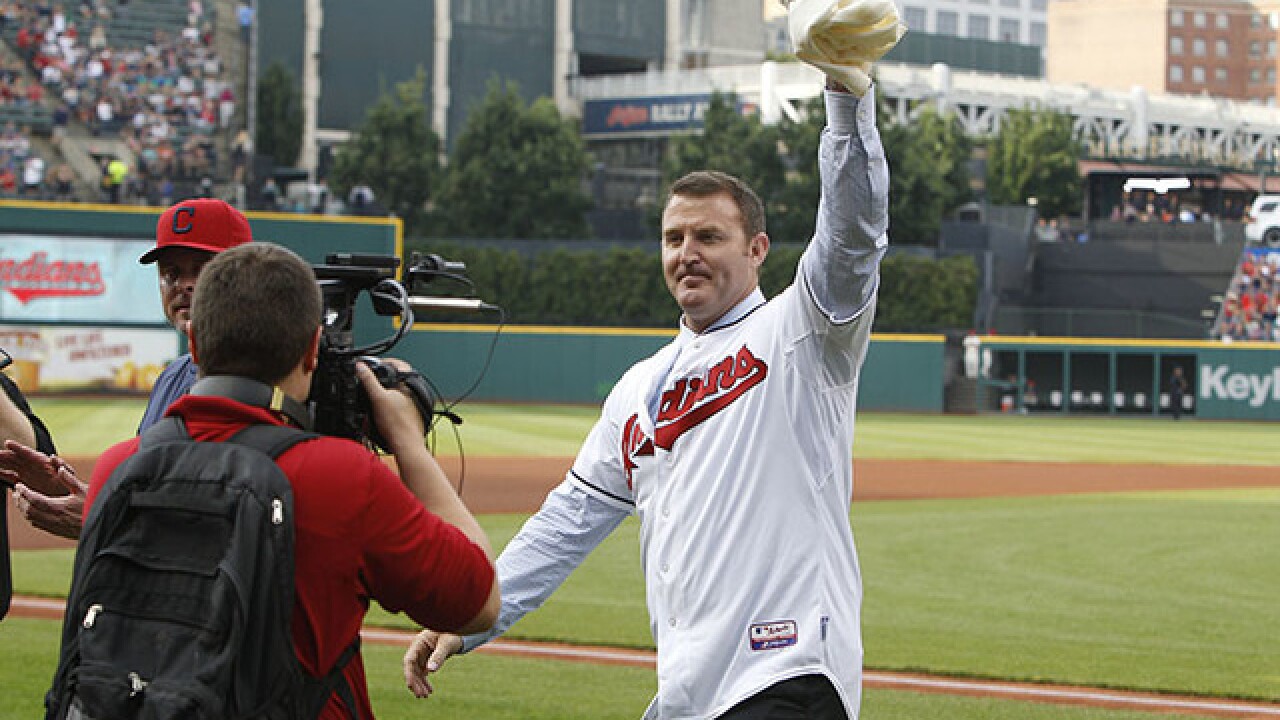 Copyright 2018 Scripps Media, Inc. All rights reserved. This material may not be published, broadcast, rewritten, or redistributed.
David Maxwell
CLEVELAND, OH - AUGUST 02: Former Indians great Jim Thome #25 walks off the field after signing a one day contract so he could retire as an Indian before the game between the Cleveland Indians and the Texas Rangers on August 2, 2014 at Progressive Field in Cleveland, Ohio. (Photo by David Maxwell/Getty Images)

Former Cleveland Indians first baseman Jim Thome has been elected into the Baseball Hall of Fame.

He was inducted into the Indians Hall of Fame in 2016.

This is his first year of eligibility for the Baseball Hall of Fame.

Thome was a five-time All-Star who hit 612 home runs, eighth on the career list, over 22 seasons.

Thome had many memorable moments with the Indians, among them this record-setting blast...

Here's the emotional moment Thome found out he had been elected into the Baseball Hall of Fame: