Everyone should love baseball as much as Francisco Lindor 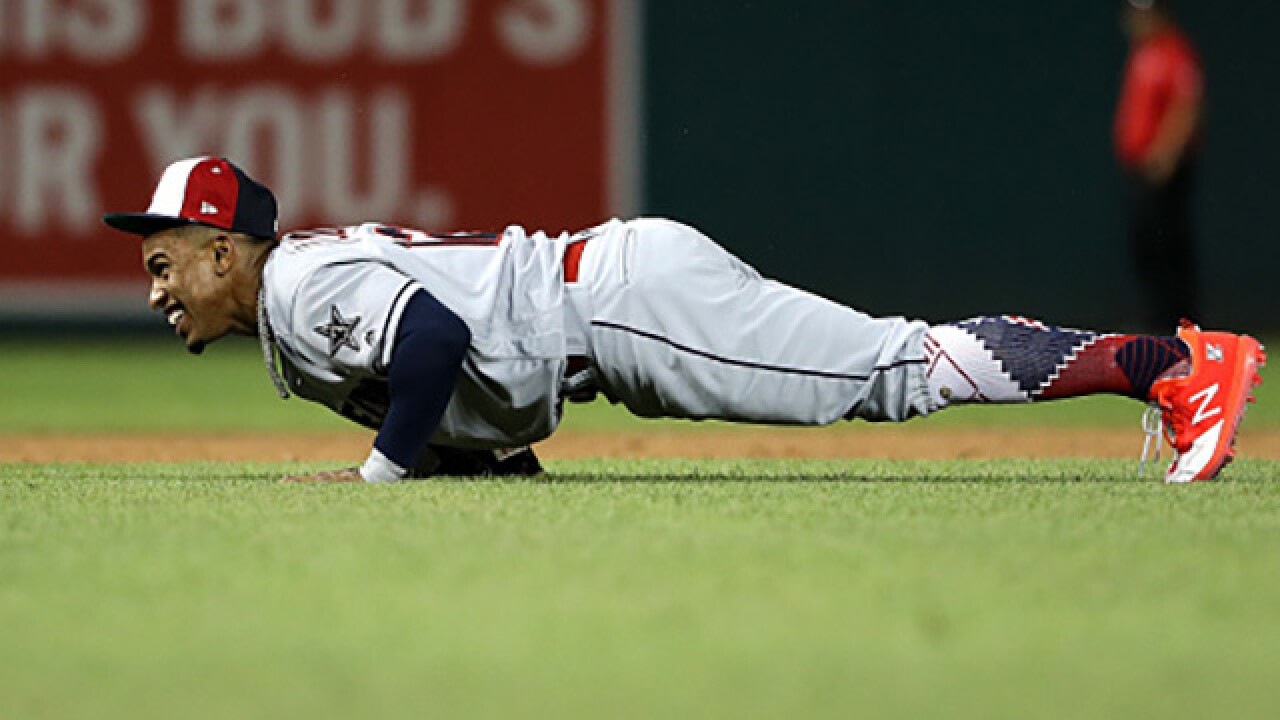 Image copyright 2018 Getty Images. All rights reserved. This material may not be published, broadcast, rewritten, or redistributed.
<p>WASHINGTON, DC - JULY 17: Francisco Lindor #12 of the Cleveland Indians and the American League reacts in the sixth inning against the National League during the 89th MLB All-Star Game, presented by Mastercard at Nationals Park on July 17, 2018 in Washington, DC. </p>

From infield pushups to his in-game commentary, Indians' shortstop Francisco Lindor was having a blast during the All-Star Game on Tuesday.

No one has more fun on the diamond than @Lindor12BC. 😂#AllStarGame pres. by @Mastercard pic.twitter.com/owvbtYFuPx

Lindor was wearing a mic in the field, and it was so entertaining.

He had no reservations. Watch until the end.

A little kiss makes the pain go away, right? 😂

Cleveland fans are grateful to have Lindor on their team. His passion for the sport and his love for the fans is unwavering.

As a kid growing up in Cleveland, I wanted to be Ozzie Newsome. My kids admire @Lindor12BC. A national audience just got to see why. #helovesthisgame So thankful he's with @Indians

Lindor put a new meaning on the term "MVP."  He definitely won the game's "Most Vocal Player" award.

Next up is Cleveland as the Indians host the 2019 All-Star Game. It will be the team's first time since 1997 hosting the All-Star Game—making it a major league record.

RELATED: Cleveland will play host to a record sixth All-Star Game in 2019