How the Tribe fought their way back from 11.5 games behind to first in the AL Central standings 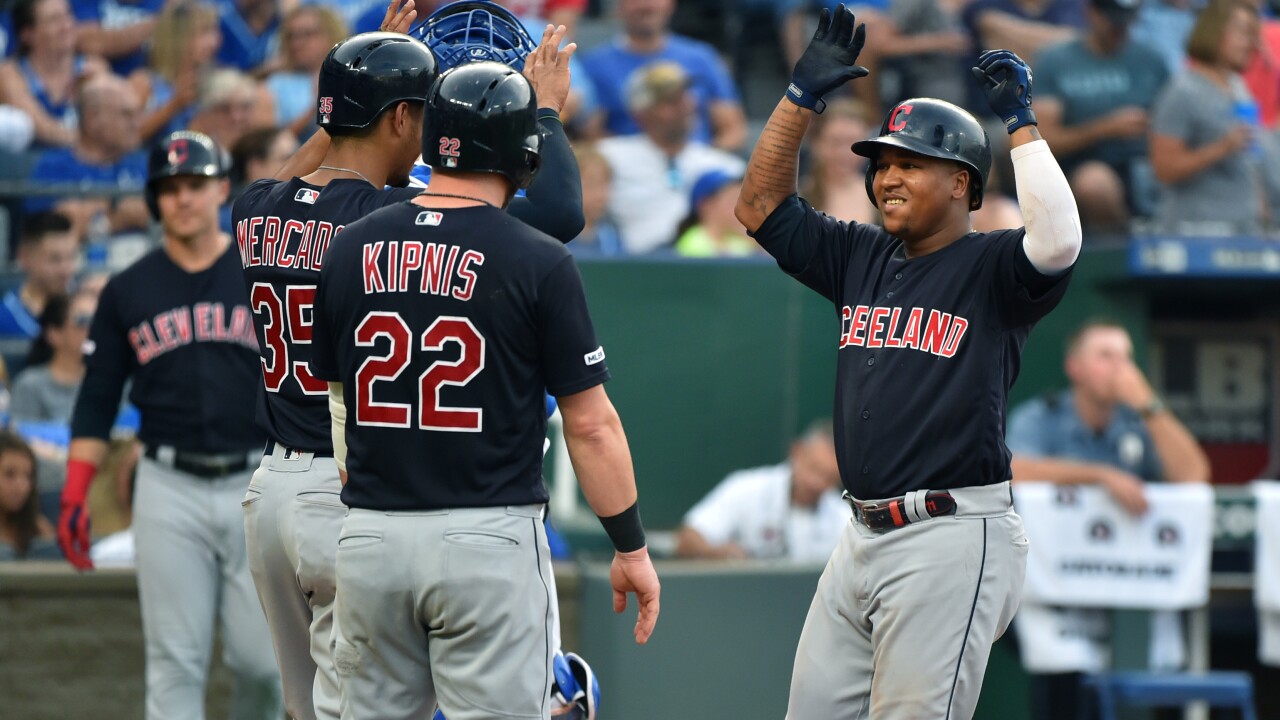 CLEVELAND — The Cleveland Indians have caught up with the Minnesota Twins and have tied them in the AL Central standings, again.

In just over a month the Tribe have scratched and clawed their way back from being 11.5 games behind the Twins, but how did they do it?

The Indians were their farthest behind on June 2, 11.5 games to be exact.

While the Indians were never ranked lower than second place, the struggle to close the deficit lasted through most of June, with the Tribe bouncing anywhere from 9 to 11 games behind until the last week of the month.

A sweep of the series with the Tigers helped shift the momentum for the Indians to begin closing in on the Twins.

It wasn’t until July when the Indians really started to shine.

A five game win streak on the road against the Royals and the Reds closed the gap and landed the Tribe just 5.5 games back in the first week of July.

A generous schedule set the Tribe against the Tigers in a four-game series, which they swept once again.

With a six-game win streak and the Tribe coming out on top 12 out of 14 games from July 14 to July 27, Cleveland was within a single game of the Twins.

Here we are, present day. The Indians found themselves in a rut they couldn’t seem to shake at the end of July heading into August.

Every time the Tribe won, the Twins seemed to win. Cleveland fell three games behind heading into August, and stayed there through six consecutive games.

A loss against the Rangers on August 5 set the Indians back four games, but that loss was the start of something beautiful.

The Tribe won the next two games against the Rangers and those wins came at a perfect time. The Twins lost two consecutive games ahead of their four-game series with the Tribe, putting Cleveland just two games back.

Cleveland lived up to the moment and won the first two games of the series, tying the Twins for first place Friday, and then tying them again Sunday after giving up a game Saturday.

Since his acquisition, Puig has been the perfect addition to a lineup that was in desperate need of a spark.

In his nine games with Cleveland, Puig has scored five runs with a home run, three doubles, a triple and five RBIs.

Jason Kipnis has also shined for the Indians lately.

Kipnis is 14-for-40 with six doubles, three home runs and 13 RBIs over the last 10 games for Cleveland.

One of the most important pieces, aside from the starting pitching and bullpen success, has to be the emergence of Jose Ramirez.

Ramirez struggled through the first few months of the season, but has been explosive since the All Star Break. Heading into the break, Ramirez had a .218 batting average. Since the break, the third baseman has improved his batting average to .355, recording nine home runs and 29 RBIs in that time.

While it’s exciting to have finally gotten to this place, the Indians will have to continue their momentum in order pass the Twins and solidify that first place spot.

With 44 games left in the season, the Indians have plenty of time to either fall behind again or run away with the division.

The team, and the fans, are obviously hoping for the latter.