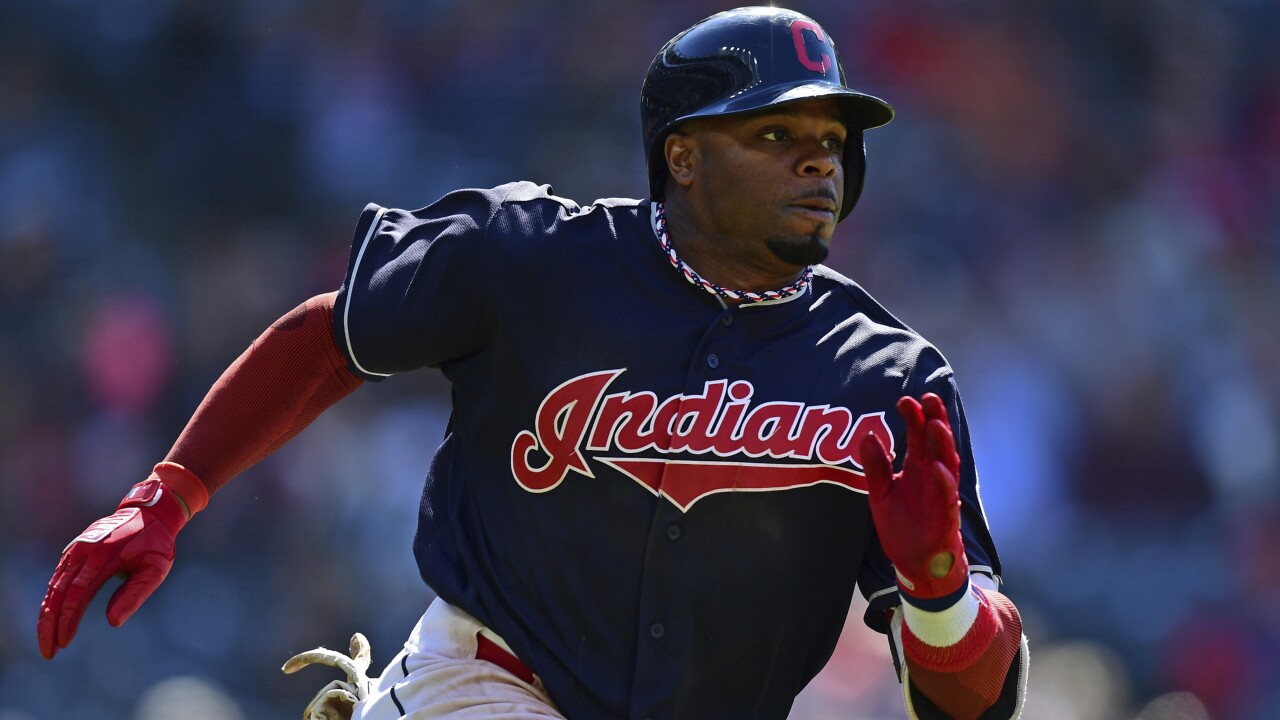 David Dermer/AP
Cleveland Indians' Rajai Davis runs to first base in the ninth inning of a baseball game against the Milwaukee Brewers, Wednesday, June 6, 2018, in Cleveland. The Indians won 3-1. (AP Photo/David Dermer)

CLEVELAND — Former Indians outfielder Rajai Davis was a hero in the 2016 World Series and now is working to be a hero off the field as well.

Davis, a native of New London, Connecticut, is launching a Children's Book Drive to benefit children in his hometown through an organization called Read to Grow.

The Children’s Book Drive runs through Oct. 10 and locals can drop off books at several locations, but Clevelanders can help Davis’ drive as well through an online book drive that allows books to be purchased and sent directly to Read to Grow.

“When I got to college, I truly realized how important strong reading skills are,” Davis said. “I am committed to helping children growing up in my community develop the skills now so that they are able to be successful throughout their lives.”

“That is absolutely bananas,” Davis said. “To hear that and to just see my guy it’s good that he’s having such a great year too. He’s in MVP talks and he’s doing it. It’s awesome to see.”

While Davis is no longer in Cleveland, he still supports his city and is hopeful the city can help him make his Children’s Book Drive a success.