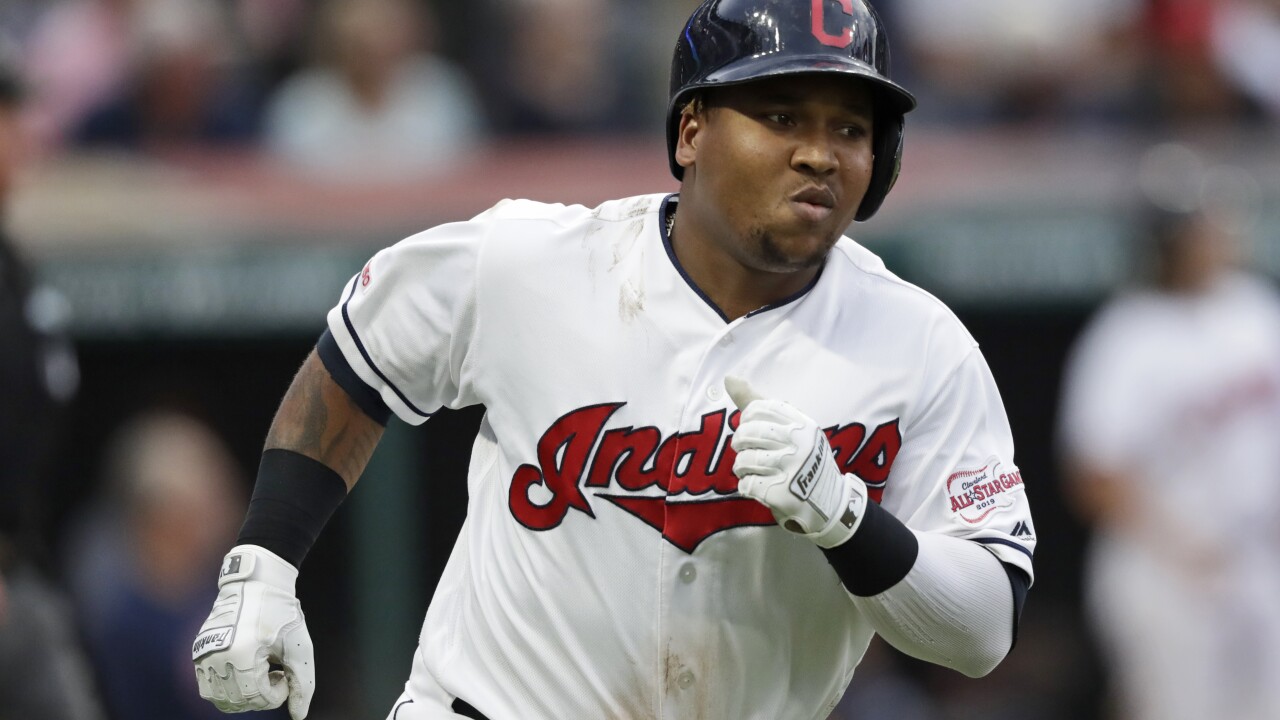 (Copyright 2020 The Associated Press. All rights reserved. This material may not be published, broadcast, rewritten or redistributed.)
Tony Dejak/AP
Cleveland Indians' Jose Ramirez runs the bases after hitting a three-run home run in the third inning of a baseball game against the Boston Red Sox, Monday, Aug. 12, 2019, in Cleveland. (AP Photo/Tony Dejak)

CLEVELAND — The Indians are fighting for their spot in the playoffs and they might get a little help in their final push as third baseman Jose Ramirez could make an earlier than expected return.

Ramirez had surgery for a broken hamate bone Aug. 26, and the expected recovery window had him slated for game action in early October.

On Sunday manager Terry Francona said that Ramirez is expected to be activated before Tuesday’s game against the White Sox, according to MLB’s Mandy Bell.

Ramirez expected to return for Tribe on Tuesday https://t.co/KdVSCCPlQX

The third baseman took batting practice for the first time since the injury Thursday.

If he is able to play, the Indians will be more than happy to have him back as their season riddled with injuries has already left them with without second baseman Jason Kipnis for the rest of the season, among others.