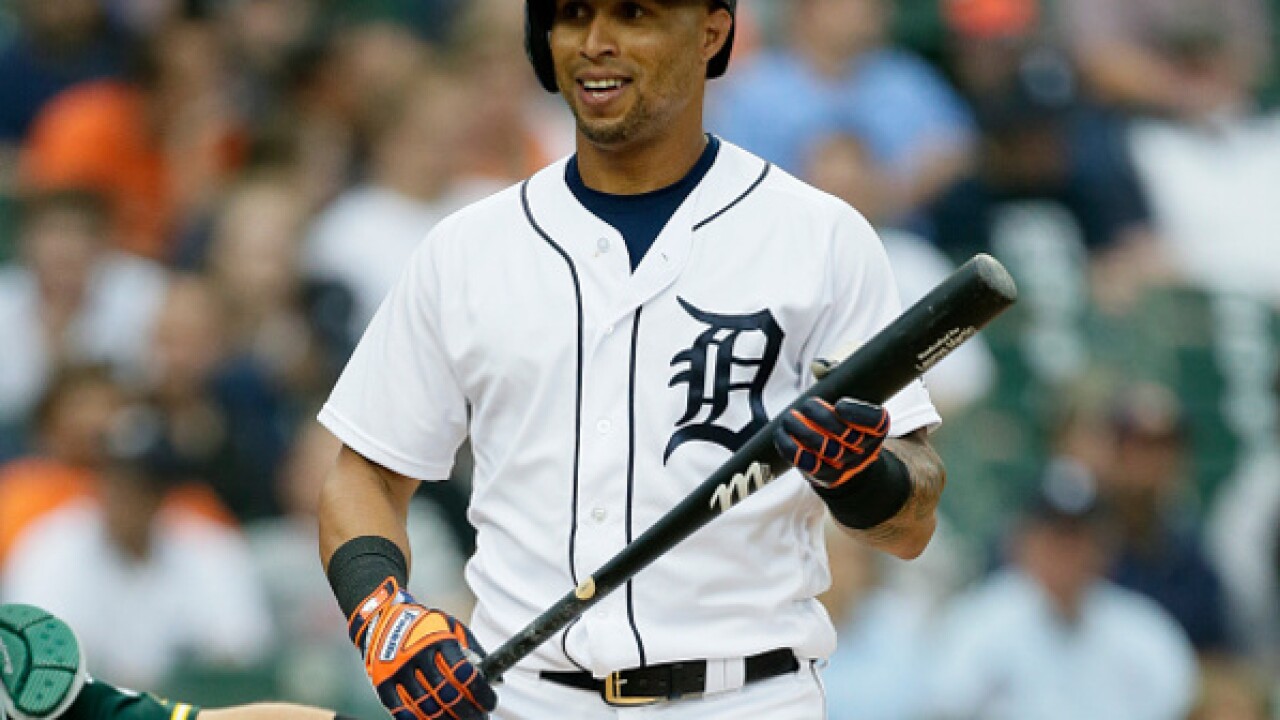 Image copyright 2018 Getty Images. All rights reserved. This material may not be published, broadcast, rewritten, or redistributed.
Duane Burleson
<p>DETROIT, MI - JUNE 27: Leonys Martin #12 of the Detroit Tigers bats against the Oakland Athletics at Comerica Park on June 27, 2018 in Detroit, Michigan. (Photo by Duane Burleson/Getty Images)</p>

Leonys Martin, 30, was acquired from the Detroit Tigers. Martin is batting .251 with nine home runs in 78 games this season, according to the Indians.

Leonys Martin was a top 5 #Rangers prospect in 2013. Capable defender, although the metrics have slipped a bit in recent years. He has a career .693 OPS vs. righties compared to .611 vs. lefties. He's played for #Rangers , #Mariners , #Cubs , #Tigers and now #Indians since 2015.

Martin was placed on the 10-day disabled list from July 2-20 because of a left hamstring strain. He could be the starting center fielder for the team that has rotated multiple players at the position.

With Martin, #Indians address a major need, get a high quality glove/arm, adequate hitter, some more speed _ and a pitcher.
Bryce Harper isn't walking through that door, people.