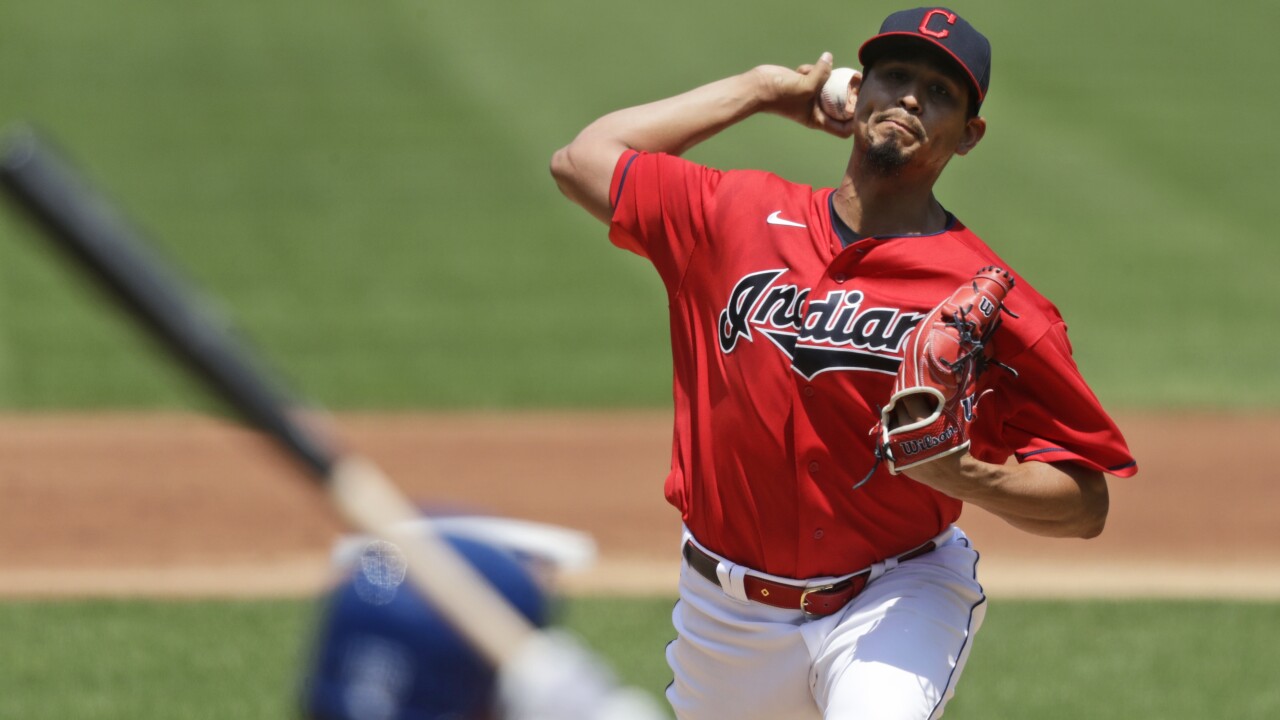 More than a year since being stricken with leukemia, Carrasco struck out 10 in six-plus innings and José Ramírez homered twice as the Cleveland Indians clobbered the Kansas City Royals 9-2 on Sunday to win two of three in the delayed season-opening series.

Ramírez hit a three-run homer left-handed in the fourth and added a solo shot from the right side in the sixth for the Indians, who finally put some solid swings together against Kansas City’s bullpen.

With his rotation currently thin due to pitchers testing positive for COVID-19, Royals manager Mike Matheny started reliever Ronald Bolaños (0-1), who gave up two runs in the first and took the loss.

Carrasco couldn’t have imagined his journey when he took the mound on May 30, 2019, against the Chicago White Sox. Only days later, he was diagnosed with chronic myeloid leukemia, a blood disorder that threatened his life.

But he’s back in Cleveland’s rotation, and the sight of him starting warmed everyone who has followed his feel-good return.

Carrasco was in command of the Royals from the outset. He allowed two runs and five hits before he was lifted after allowing a leadoff double in the seventh.

It’s been a remarkable road back for the 33-year-old Carrasco, whose personal battle with the disease bonded his teammates and rallied Indians fans around the pitcher known as “Cookie.”

Carrasco’s memorable on-field appearance at last year’s All-Star Game led to an outpouring of support. “I Stand For Cookie” T-shirts became a fashion trend around town, and his return as a reliever late last season was the pinnacle of 2019 when the Indians failed to make the playoffs.

“The fact that he’s come so far and it’s not just that he’s conquered this and he’s pitching, which is really awesome,” Francona said. “He’s trying to win a game for us, and that’s even more awesome.”

Carrasco retired the first 10 Royals before giving up a one-out double to Adalberto Mondesi in the fourth. But by then, the Indians had scored four times — helped by two Kansas City errors — before Ramírez connected for Cleveland’s first homer of the season to make it 7-1.

Unable to get any two-out hits in the first two games, the Indians finally connected in the first with Franmil Reyes and Domingo Santana delivering RBI singles. Cleveland came in 0 for 18 with two outs in the series.

The inning was helped by a throwing error by third baseman Erick Mejia and Bolanos’ wild pitch.

All-Star Francisco Lindor, who started the season 1 for 10, had an RBI double and Ramírez scored four times for Cleveland.

Clevinger slammed the rule following the Indians’ 3-2 loss on Saturday, saying, “This isn’t travel ball. I’m not happy about it.” The always outspoken Bauer, who was traded to Cincinnati by Cleveland last year, shot back at his friend on Twitter.

“But don’t both sides get a chance with a runner at second base?” Bauer asked his buddy.

Francona understands MLB’s reasoning behind the rule, and said it’s up to teams to adapt.

“You’re handed whatever rules or whatever challenges you’re dealt and you do the best you can,” he said.

UP NEXT
Royals: LHP Mike Montgomery starts the opener of a four-game series in Detroit.

Indians: Stay at home for three more games against the Chicago White Sox, with Aaron Civale starting for the Indians.