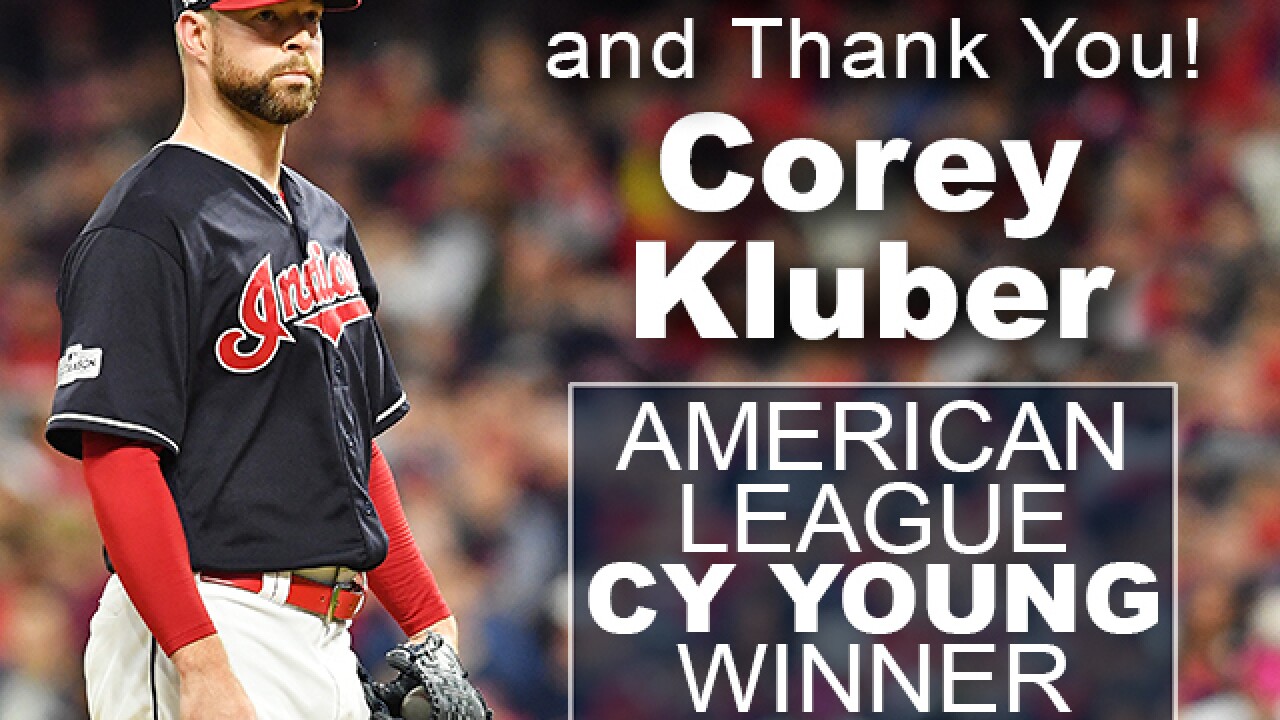 Kluber was up against Chris Sale of the Boston Red Sox and Luis Severino of the New York Yankees.

This was Kluber's second Cy Young Award - the first was in 2014 - making him the first two-time winner in club history and the 19th pitcher to win multiple since its inception 1956. He posted the lowest ERA (2.25 ERA) in Major League Baseball.

Indians' Carlos Carrasco came in fourth place for the award.

Congrats Kluber and thanks for a great season!