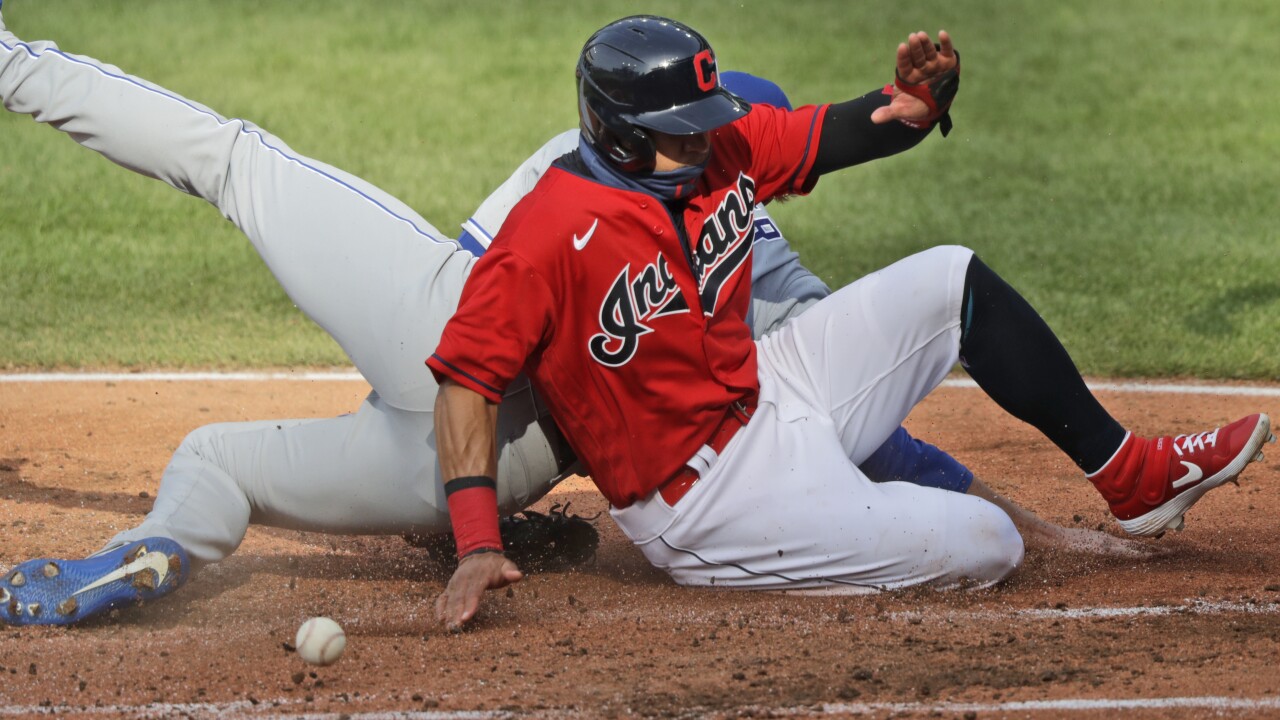 CLEVELAND — The Cleveland Indians fell to the Kansas City Royals 3-2 Saturday evening after the Royals scored in extra innings as Cleveland played their first game under the new rules implemented this season.

The Indians gave up two runs early, with the Royals hitting back-to-back home runs off Mike Clevinger in the first inning, but Cleveland answered back with two runs the the third inning. Jose Ramirez sent Cesar Hernandez to third and Bradley Zimmer home on a ground ball single. A wild pitch by Royals' Brady Singer allowed Hernandez to score to tie things up.

The Tribe had bases loaded at the bottom of the ninth, but were unable to score and the Royals forced extra innings.

Under MLB's new rules, each team begins each extra inning with a man on second base.

With a runner on second to start the 10th inning, the Royals were able to score with a sacrifice bunt to move their runner to third, followed by a sacrifice fly to send him home.

The Indians were unable to take advantage of the new runner on second rule the way the Royals did and ultimately fell to Kansas City, 3-2.

With their first loss, the Tribe is now 1-1 on the shortened 60-game season.

While the Indians offense didn't live up to its potential, there were still impressive moments from the Tribe, including this explosive play from shortstop Francisco Lindor: