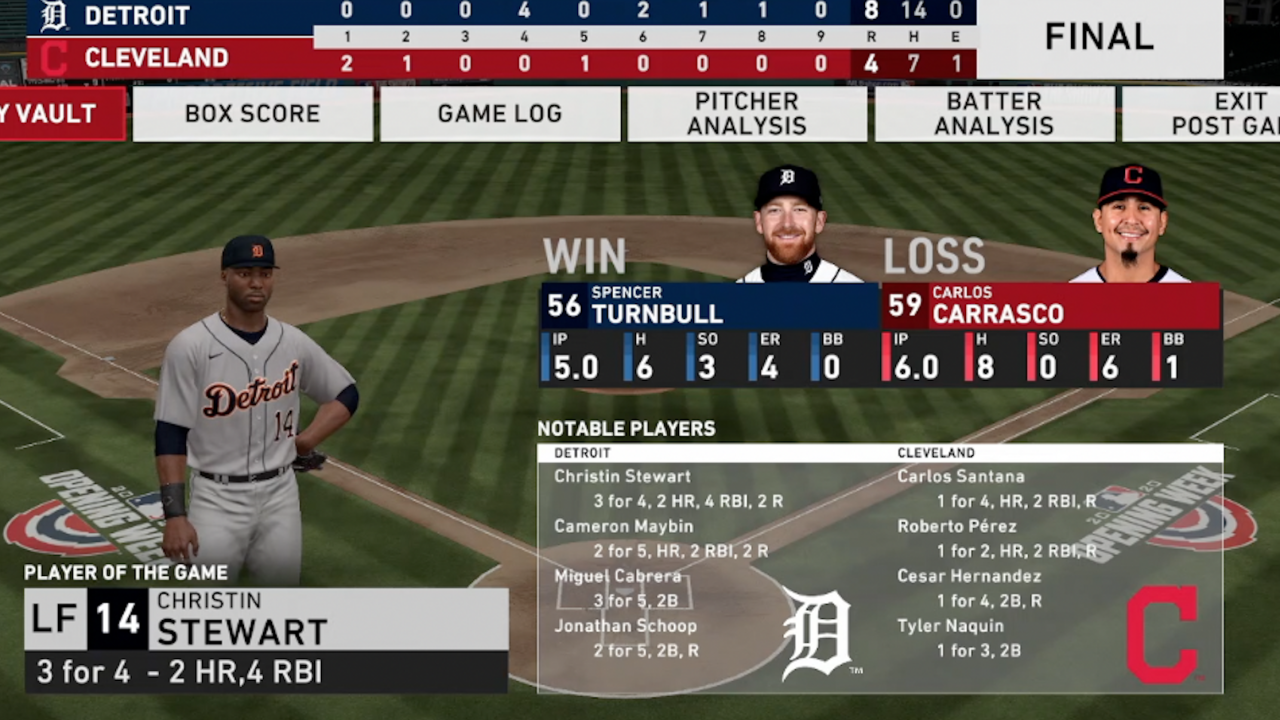 CLEVELAND — The Cleveland Indians fell to the Detroit Tigers 8-4 Sunday afternoon, losing their first game of the season that is being played by News 5’s Derek Forrest on MLB The Show.

In the game, the Tigers avoided the series sweep and left the Indians 2-1 on the season.

The Tribe won the season opener and the following game against the Tigers in Forrest’s season simulation so far. The game on Saturday found the Indians in a close match, but they eventually got the 2-1 win over the Tigers, improving to 2-0 on the season.

Indians @MLBTheShow Simulation: Tigers avoid the sweep as they take down the Indians 8-4. Tribe now 2-1 on the season @SonySanDiego #WEWS pic.twitter.com/eR3mdoUntk

Tigers’ Christian Stewart was named the Player of the Game for his two home runs and four RBI.

While these simulated games aren’t the real deal, they’re a nice way to get a Cleveland sports fix while there are none.