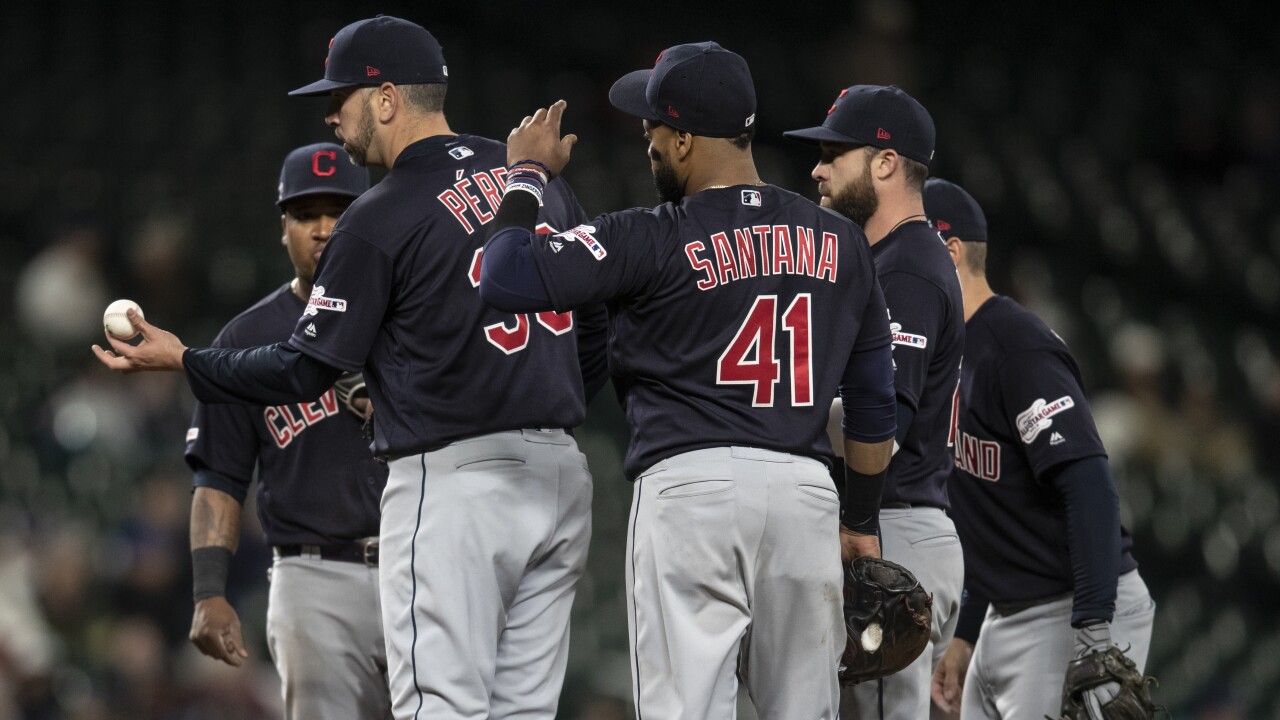 Stephen Brashear/Getty Images
SEATTLE, WA - APRIL 16: Relief pitcher Oliver Perez #39 of the Cleveland Indians holds out the ball as he is pulled from the game by manager Terry Francona during a meeting at the mound with infielders Jose Ramirez #11 (L), Carlos Santana #41, Jason Kipnis #22, (2R) during the seventh inning of a game at T-Mobile Park on April 16, 2019 in Seattle, Washington. The Indians won the game 4-2. (Photo by Stephen Brashear/Getty Images)

CLEVELAND — Friday night’s Indians game against the Atlanta Braves has been postponed due to inclement weather and rescheduled for Saturday at 4:10 p.m. as a traditional doubleheader.

The Indians announced that gates for the doubleheader games will open at 3 p.m. Saturday, April 20.

Fans holding tickets for the April 19 game purchased through Indians.com must exchange into either Saturday’s traditional doubleheader starting at 4:10 p.m., ESPN’s Sunday Night Baseball game on April 21 at 7:05 p.m., or one of two later dates: June 11 versus Cincinnati or June 25 Kansas City.

Fans who select the two later exchange dates will be able to use the value of their tickets towards those games, but additional fees may apply, the Indians said.

More information can be found here.