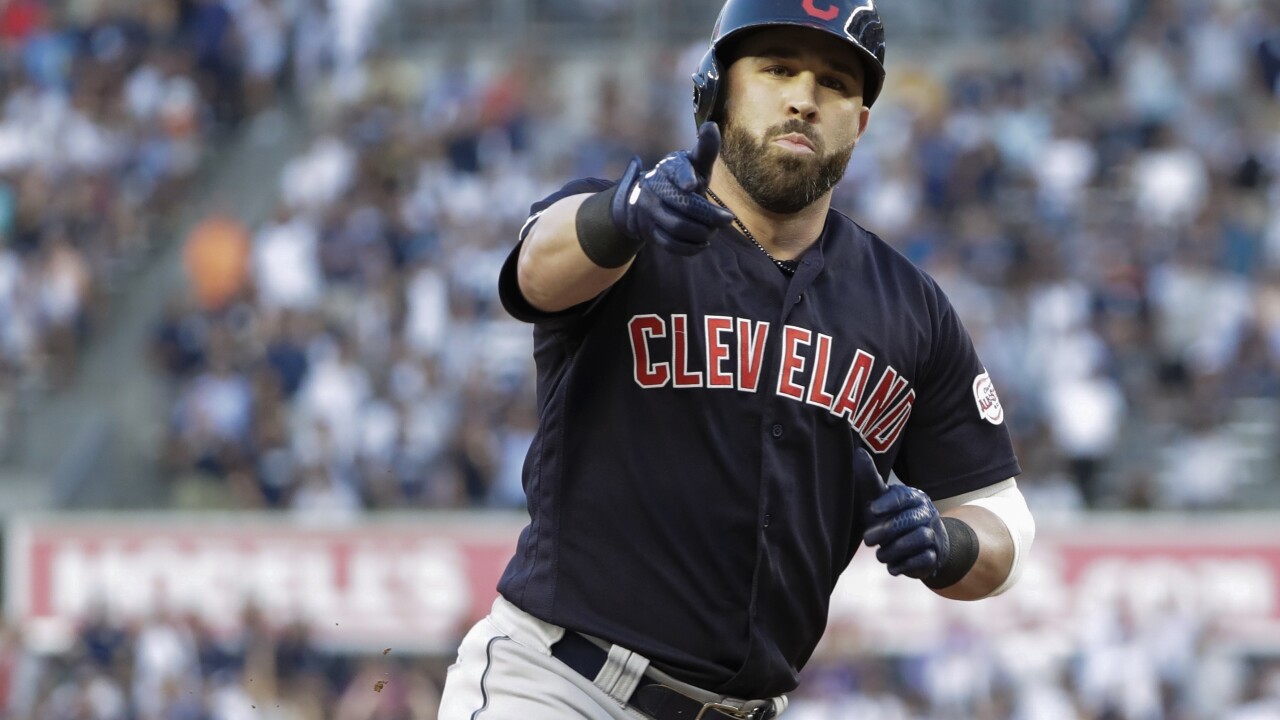 Frank Franklin II/AP
Cleveland Indians' Jason Kipnis gestures to teammates as he runs the bases after hitting a home run during the first inning of the team's baseball game against the New York Yankees on Thursday, Aug. 15, 2019, in New York. (AP Photo/Frank Franklin II)

NEW YORK — The Cleveland Indians started their night against the New York Yankees with a bang.

Jason Kipnis knocked one out of the park immediately after.

Then it was Roberto Perez's turn to hit a two-run home run.

The Indians finished the first inning with seven runs.

Jose Ramirez came back up to bat at the top of the second inning and didn't think the grand slam was enough, so he hit a two run home run.

In the fourth inning, Carlos Santana realized he hasn't hit a home run yet and joined the club.

Whatever the Indians did before this game they need to do everyday.