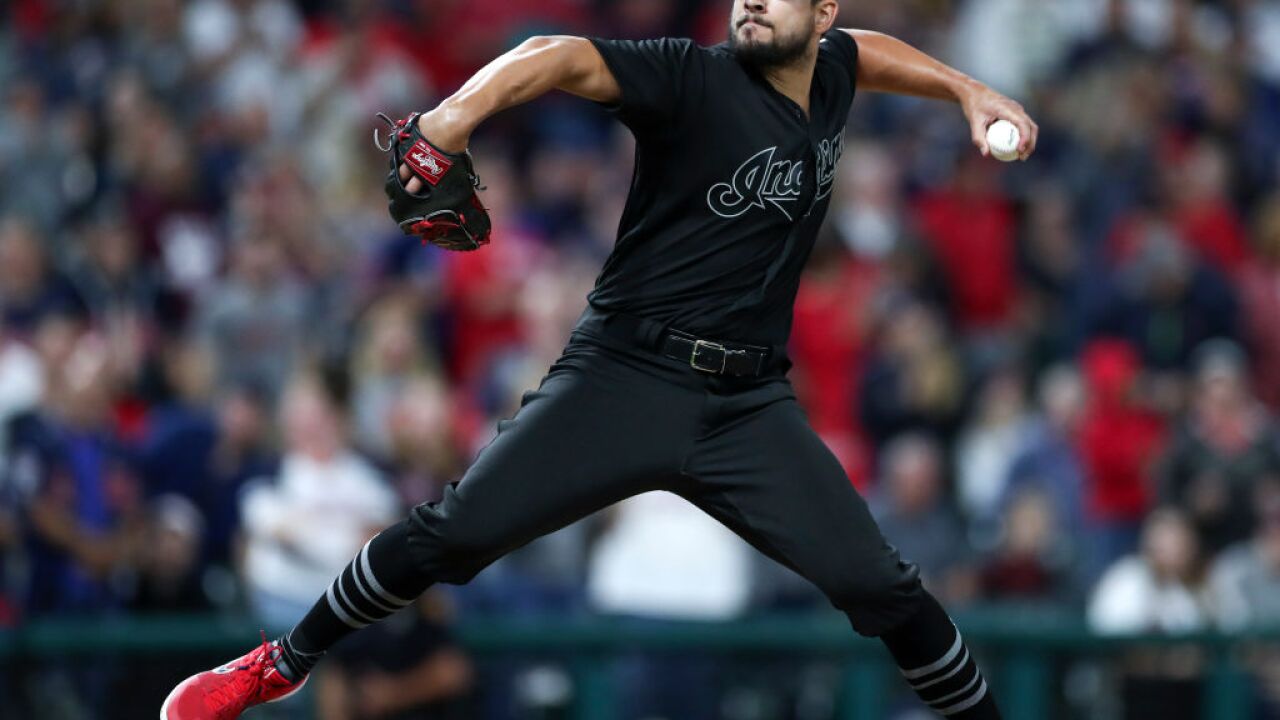 CLEVELAND — The Cleveland Indians have dealt with plenty of injuries and adversity this season. They will be dealing with more going into a key series.

All-Star closer Brad Hand was sent back to Cleveland on Wednesday for an MRI on his left arm. Manager Terry Francona said after the Indians’ 4-3 victory over the Los Angeles Angels that the MRI on the left-hander was clean.

However, Francona added that Hand — who is second in the AL with 34 saves — will likely not be available for this weekend’s series against AL Central leader Minnesota.

The Indians trailed the Twins by 6½ games a week ago, but have cut the margin to four after winning five of six on the road. They took two of three last weekend in Minnesota.

Despite all the setbacks, the Indians are just a half-game out of a postseason spot. They trail Oakland for the second AL wild card and are one game behind Tampa Bay.

“He wasn’t going to pitch (Wednesday) so rather than wait we sent him back on the red-eye last night,” Francona said. “We have to build him back up. That will be determined by how he feels when he shows up Friday.”

The Indians wanted Hand checked because his velocity had been decreasing the past couple outings. He is 6-4 with a 3.34 ERA but has struggled since the All-Star break. Four of his five blown saves have come since July 12 and he has a 5.68 ERA during the second half.

Opposing hitters are batting .321 against Hand compared to .200 the first half of the season. Four of the six home runs he has allowed have come in the past two months.

“He’s had a tired arm. He hasn’t been bouncing back,” Francona said. “We’ll have to piece things together the next day or two but hopefully it is not more than that. When you start having an MRI on someone who has thrown as much as he has though and it comes back that clean it makes you feel good.”

It appears as if it will be reliever by committee during the weekend. Nick Wittgren, Oliver Perez and Adam Cimber each got one out during the ninth inning on Wednesday. Cimber struck out Albert Pujols with a runner on first for his first major league save.

Hand’s struggles are the latest in what has been a year of challenges. The Indians are without ace Corey Kluber, Carlos Carrasco continues to work his way back from leukemia treatment and Trevor Bauer was traded near the deadline.

Outfielder Tyler Naquin is out for the rest of the season after suffering a knee injury on Aug. 30 and star third baseman Jose Ramirez might not be back due to a broken bone in his wrist.

“We’ve been fighting all year with injuries. This might be an opportunity for someone to step up,” Perez said. “Every game is going to be like game seven and we have to do everything we can.”