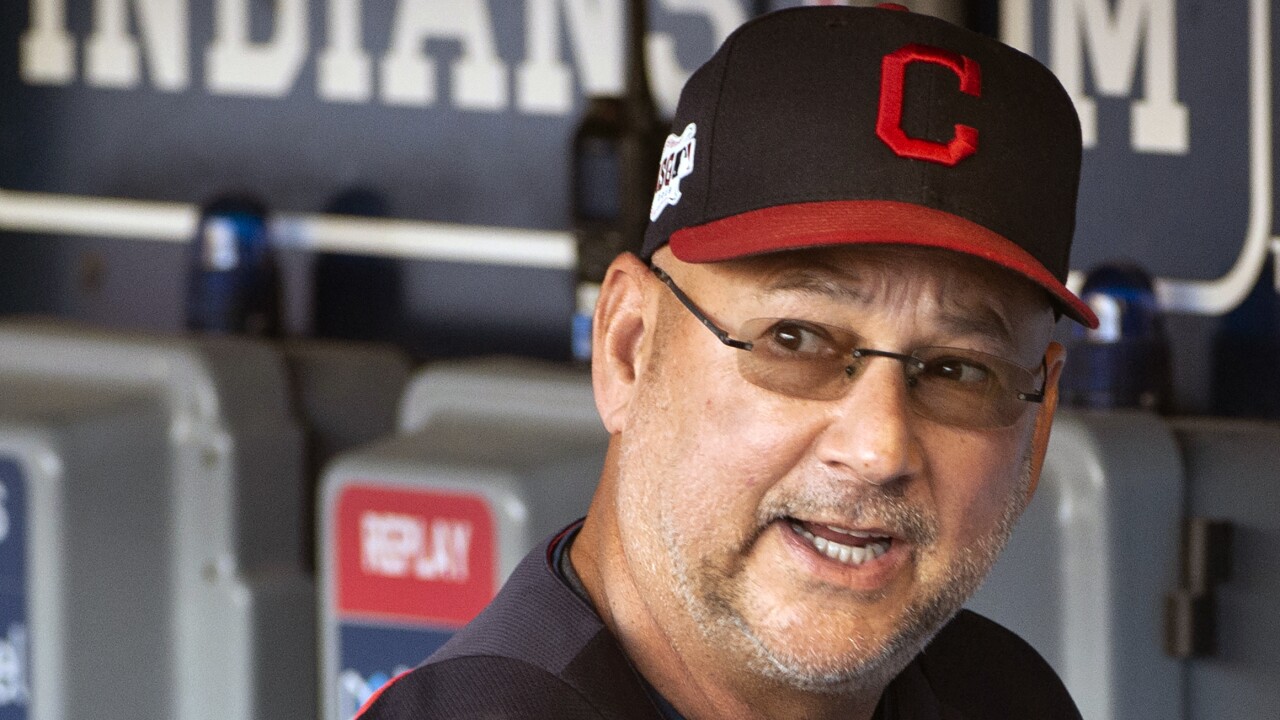 CLEVELAND — Cleveland Indians manager Terry Francona will miss the club’s three-game series against Minnesota this week while he continues to deal with health issues.

Francona underwent another procedure Friday at the Cleveland Clinic to address a gastrointestinal condition that has bothered him for nearly a year.

The 61-year-old Francona already has missed 17 games and the club will be without him as they take on the AL Central-leading Twins, who lead the Indians by 1 1/2 games going into Monday’s series opener.

Interim manager Sandy Alomar Jr., the team’s usual first base coach, will continue to fill in for Francona.

Francona recently said he’ll try to manage games whenever he can, but last week president of baseball operations Chris Antonetti said the team has been encouraging him to take as long as needed before coming back.

The Indians had hoped Francona would return to the dugout at the start of this six-game homestand, but he missed the weekend series against Detroit.

Francona has been with the Indians for eight seasons. The two-time World Series winner is signed through the 2022 season.