Indians OF Mercado day to day with sprained wrist 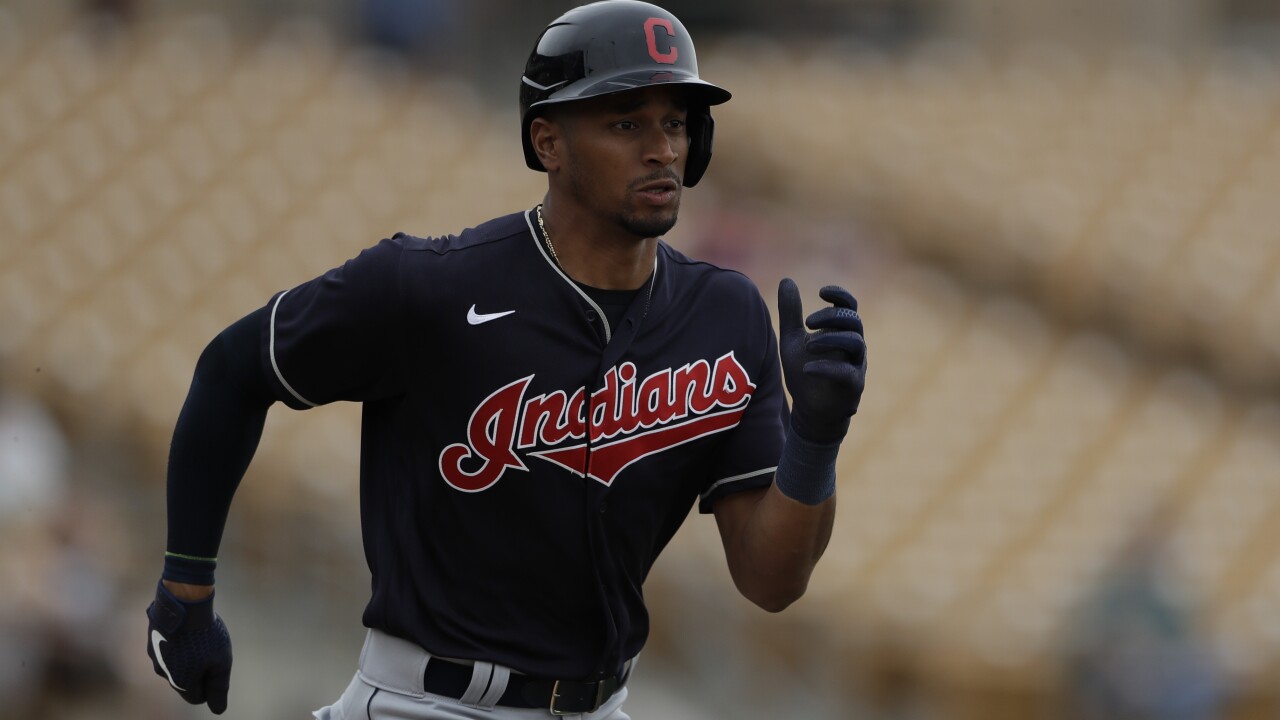 GOODYEAR, Ariz. — Oscar Mercado’s left wrist is only sprained, and the Cleveland Indians are crossing their fingers it will heal in time for the outfielder to be ready for opening day.

An MRI taken Friday confirmed the sprain, which happened when Mercado made a diving catch in an exhibition game the previous day in Scottsdale.

Indians manager Terry Francona said Mercado will take it easy the next few days and be re-evaluated before the team decides what’s next for the 25-year-old.

“The idea is to take the first 48 to 72 hours to let this thing settle down,” Francona said Saturday. “He’ll go out with the team and stretch, get the blood flowing and all of that, and still throw. Then start to gradually introduce him to things and see how he reacts to it. The hope would be that he reacts well to the rest and stuff, and as we introduce him to things he feels great.

Mercado is penciled in as a starter for the Indians after a solid rookie season. He batted .269 with 15 homers and 59 RBIs in 118 games last season.

Mercado can play any of the three outfield positions but is probably best in center. Delino DeShields, who was acquired from Texas in the offseason trade for two-time Cy Young winner Corey Kluber, gives the Indians some depth and an option if Mercado doesn’t return quickly.

The injury adds to the suspense and is one of three to key players as the Indians gear up for the season. Starter Mike Clevinger had a torn meniscus in his knee repaired and won’t be ready until mid-April. Carlos Carrasco recovered from a hip flexor injury suffered during a Feb. 19 workout and has some elbow soreness.

Carrasco started for the first time this spring on March 3 against the Los Angeles Angels. He is being closely monitored after he was diagnosed with chronic myeloid leukemia last June. He is trying to regain some of the weight he lost due to the cancer.

“There was a lot going on last year,” Carrasco said after his stint against the Angels. “I’m trying to bring back 2016, ’17 and ’18. Last year I lost like 18 pounds. Right now I’m trying to get back to normal. I need seven more pounds to get there. I will get there.”

He was scheduled to start on Sunday against Colorado but will be held back.

“We backed Carrasco up a couple days,” Francona said. “Every spring after his first outing he gets mild elbow inflammation. I would call it more maintenance than anything. He is going to do more weighted balls today.”