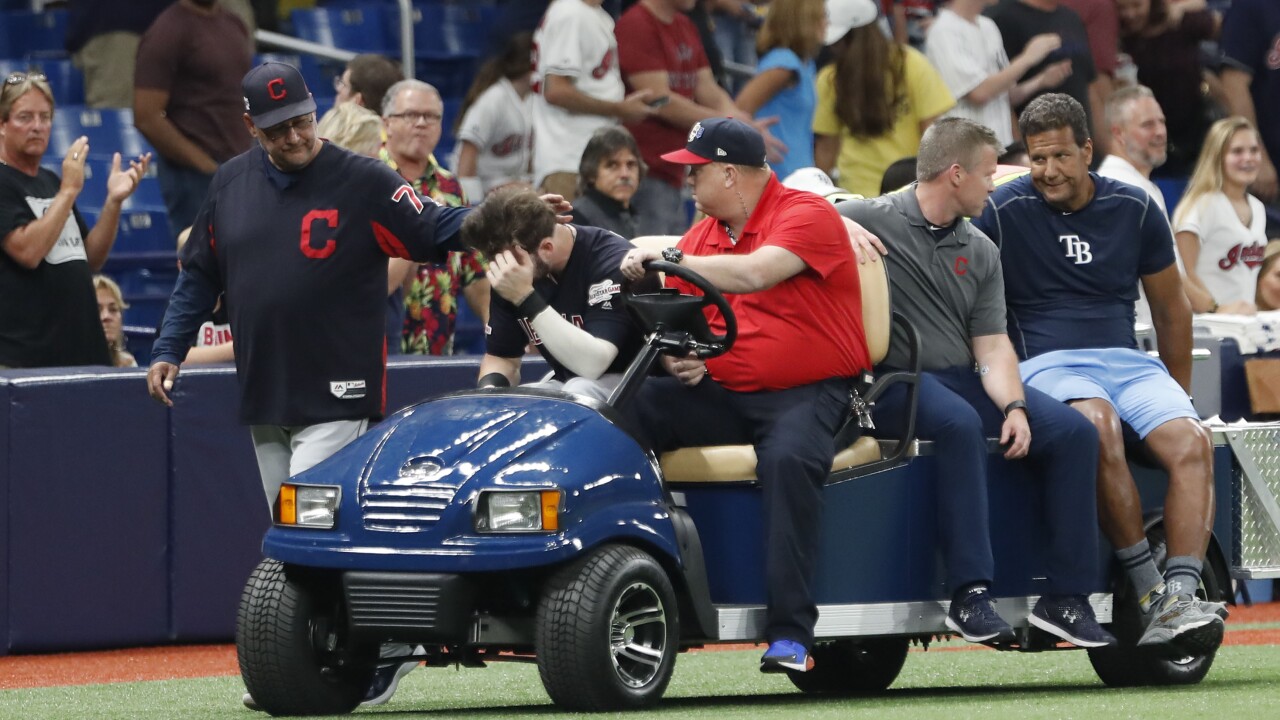 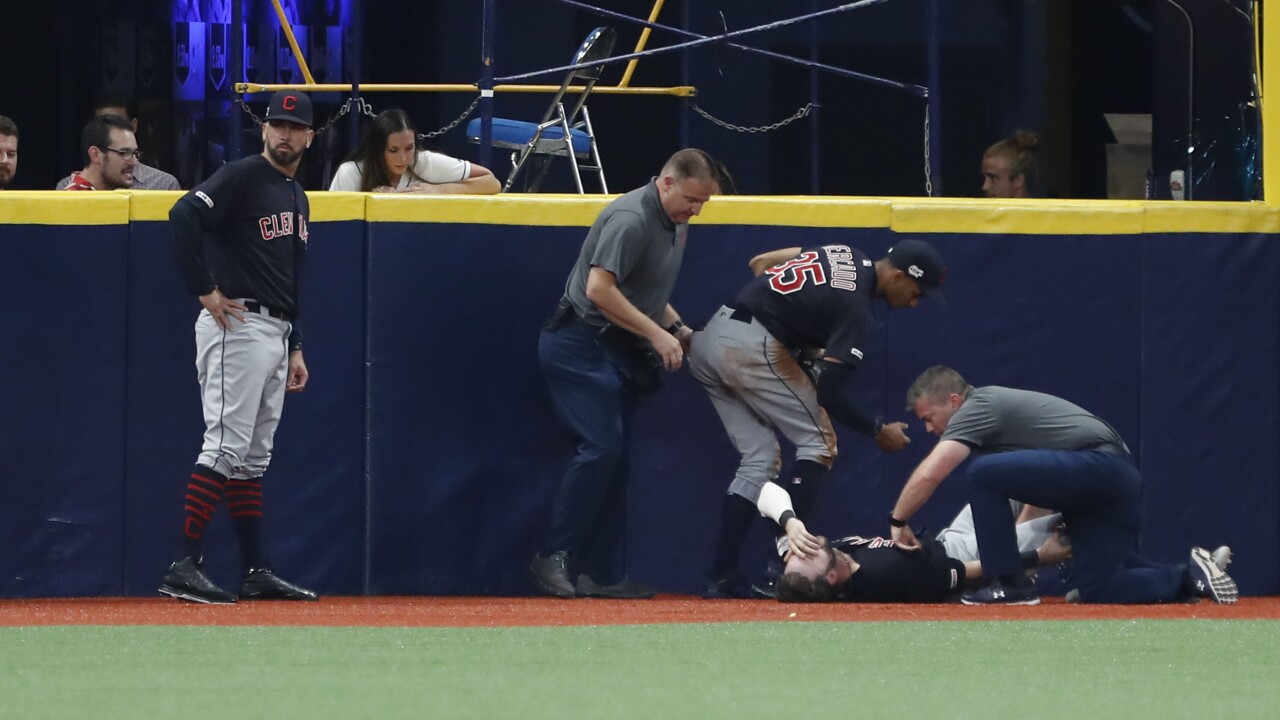 TAMPA, Fla. — Indians outfielder Tyler Naquin was carted off the field during Friday’s game against the Tampa Bay Rays.

Naquin was attempting to make a catch in left field when he ran into the wall and appeared to injure his leg.

The good news: @TyNaquin held on to make the catch.

The bad news: He's down and doesn't seem likely to stay in the game. pic.twitter.com/U7e6WCzlMY

Naquin was running full speed when he hit the wall, but somehow still managed to make the catch.

He fell to the ground, holding his knee before attempting to put weight on the leg, which he was unable to do.

Naquin was taken back to be evaluated where it was determined to be a right knee sprain, according to MLB reporter Dawn Klemish.

#Indians official word on Tyler Naquin is a right knee sprain. ... Would be fantastic if that's all it ended up being, because it was ugly. 😳

Hopefully that is the extent of the injury because the Indians have already had their fair share of bad luck.

Two-time Cy Young winner Corey Kluber has been out since May 1 with a broken arm, and starter Carlos Carrasco is being treated following a leukemia diagnosis but is scheduled to return on Sunday in his first outing since being diagnosed.