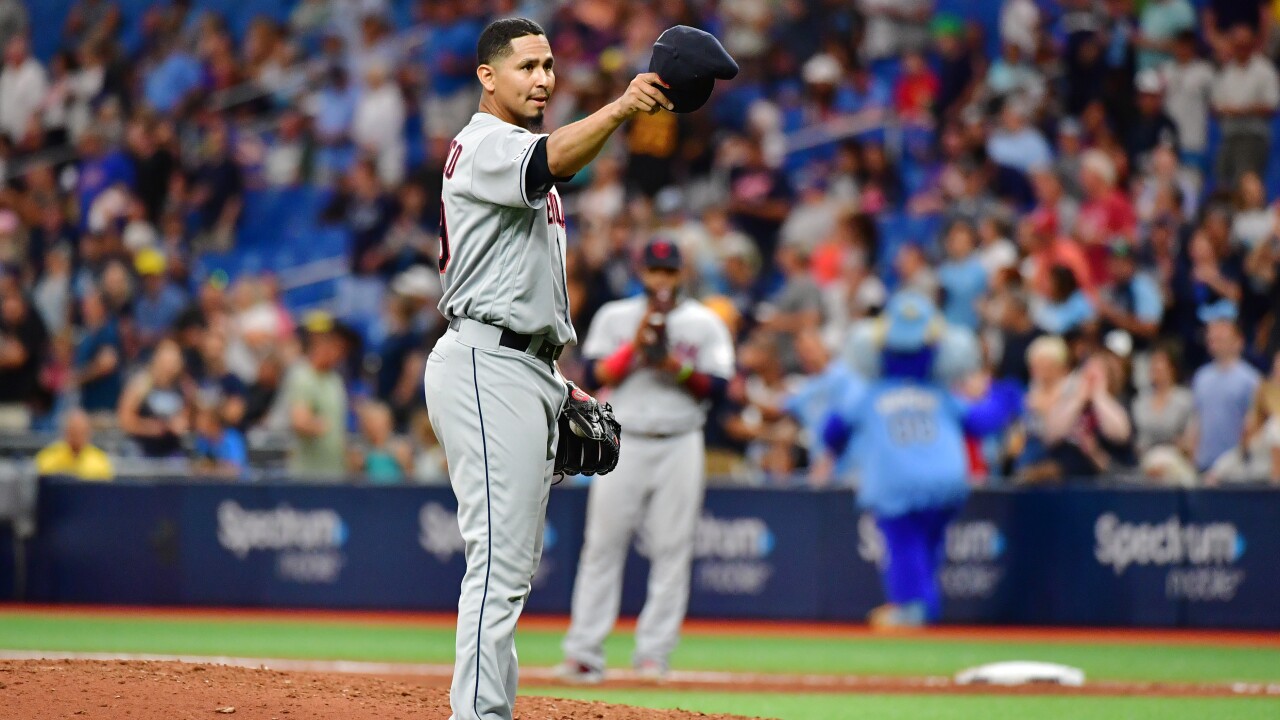 CLEVELAND — Indians pitcher Carlos Carrasco has been named as his team’s nominee for the Roberto Clemente Award, one of the most prestigious individual award for Major League players.

The Roberto Clemente Award is given to one Major League player each year who best represents the game of baseball and the league through “extraordinary character, community involvement, philanthropy and positive contributions, both on and off the field.”

The award, once called the “Commissioner’s Award,” was renamed to the “Roberto Clemente Award” in 1973 in honor of the Hall of Famer and 15-time All-Star who died in a plane crash on New Year’s Eve 1972 while attempting to deliver supplies to earthquake victims in Nicaragua.

Carrasco, who was diagnosed with leukemia in May, is one of 30 nominees for the award, chosen for his philanthropic efforts to help multiple countries this year, including his home country of Venezuela, the United States, Columbia, Africa, and Puerto Rico, to name a few. He has donated hundreds of thousands of dollars to multiple organizations, as well as supplies and time.

“Just to hear that I am the Roberto Clemente nominee makes me stronger and happier because I know what he did,” Carrasco said. “As a baseball player, he was amazing, an unbelievable player. Off the field, he was an incredible person who helped a lot of people. To win the Roberto Clemente Award would mean a lot for my country, for all of those countries I’ve been helping, and for the United States, because they gave me an opportunity to play this game, to work here, to do everything from here. It would really be an honor to win.”

Carrasco will be recognized as the Cleveland Indians Roberto Clemente nominee during a pregame ceremony on Sept. 18.

The last time a player on the Indians won the award was in 2002 when it was awarded to Jim Thome.

While a blue ribbon panel will select the league-wide winner of the award, fans can also vote for which nominee they think is most deserving.

Polls are open to fans until Sept. 29. The winner of the fan vote will count as one vote among the votes cast by the panel.